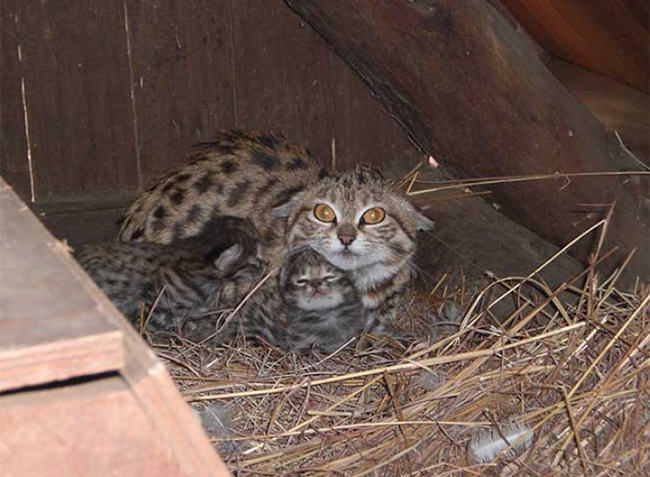 The black-footed cat is Africa’s smallest wild cat. Although only listed as ‘vulnerable’ on IUCN Red List, they are rarely seen owing to their strictly nocturnal habits. Though small in size, the Black-footed cat has the personality of a tiger and can even catch and kill prey larger than itself, such as the Cape hare.

As threats to their survival include indiscriminate methods of predator control, habitat destruction and depletion of prey, it is incredibly important that a viable captive breeding population is established and maintained.

Black-footed cats are, however, difficult to keep and even more difficult to breed. This is why we are incredibly proud and privileged to announce the birth of two black-footed kittens!

Too adorable, aren’t they?

Frequently asked questions about the animals at HESC

An update on Caesar and his arthritis