We are lucky enough to get to take care of a breeding pair of southern ground hornbills. These birds are endangered, and so in an effort to increase the species population, the Loskop Dam Nature Reserve partnered with the Mabula Ground Hornbill project and offered us these two magnificent birds as part of a ‘breeding loan’. 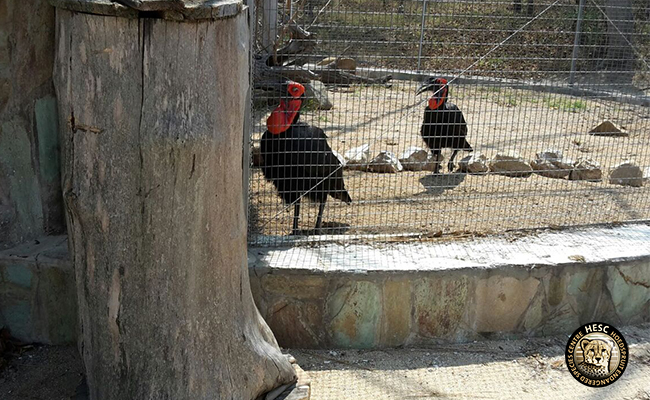 The two hornbills, Tarantula (male) and Lenawe (female), are now at the age where they might breed, and are already showing some signs of courtship. Previous attempts at building a nest were quickly destroyed. Southern ground hornbills are very particular about their nests. They nest in large trees that provide a cavity (for example, a marula tree), and the lack thereof is one of the reasons why these birds are so endangered. The female will test the cavity for nesting by sitting inside for long periods of time before she finally decides whether it is a winner, or not.

Lucy Kemp, project manager from the Mabula Ground Hornbill Project, recently visited us and learned about our need for a nest. We were called by one of Lucy’s contacts, Kate Carstens, and she offered us a nest that was recently removed and replaced on the Timbavati Nature Reserve. We were naturally delighted! 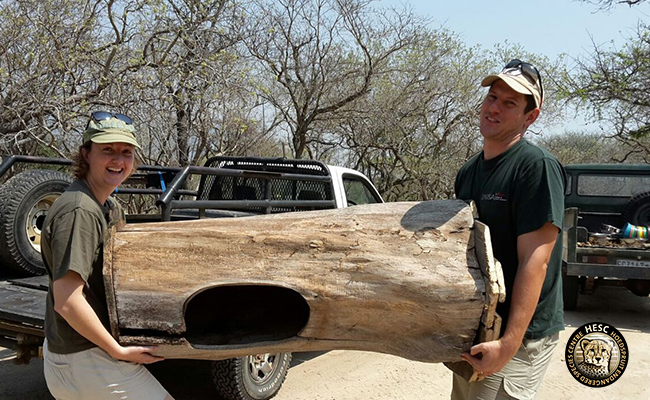 For the time being, the nest has been placed next to the hornbill’s enclosure, and they have already shown interest in it. We have a few more adjustments to make to their enclosure, which we are currently busy with.

We would like to thank everyone involved in our search for this nest, and are really excited at the opportunity to be contributing to the conservation of these majestic birds.