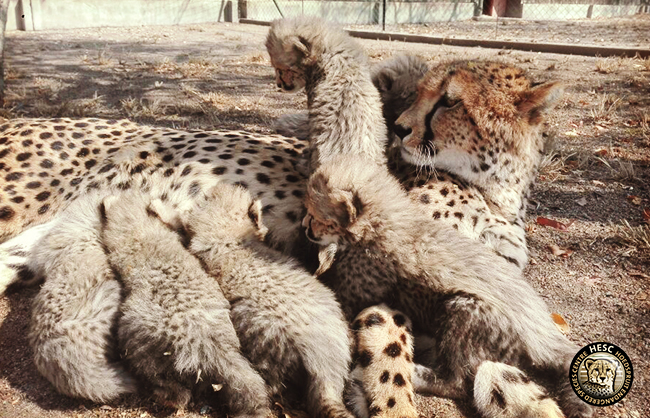 Life hasn’t always been easy for female cheetah Mary Jane. We are thus very happy to announce the successful recent birth of six healthy cheetah cubs to this first-time mother!

Sired by male cheetah, Tristan, the cubs were born on the 22nd of June 2016. It is still too early to tell the sex of the cubs, as we try to ensure that there’s very little human contact in the first few months after birth. 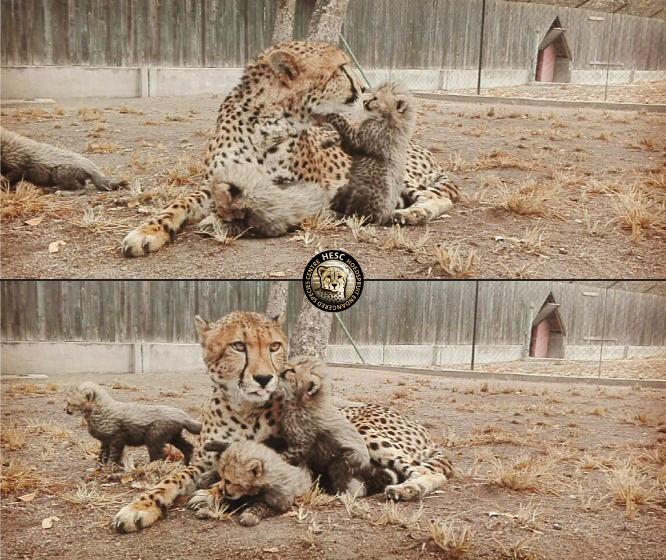 Things could have worked out very differently for Mary Jane. In September 2012, at just four months old, she fell out of a tree while playing with her siblings, injuring her left hind leg badly. The torn muscles, ligaments and fracture had to be fixed during surgery. Her recovery process took a long time, and she needed even more surgery. 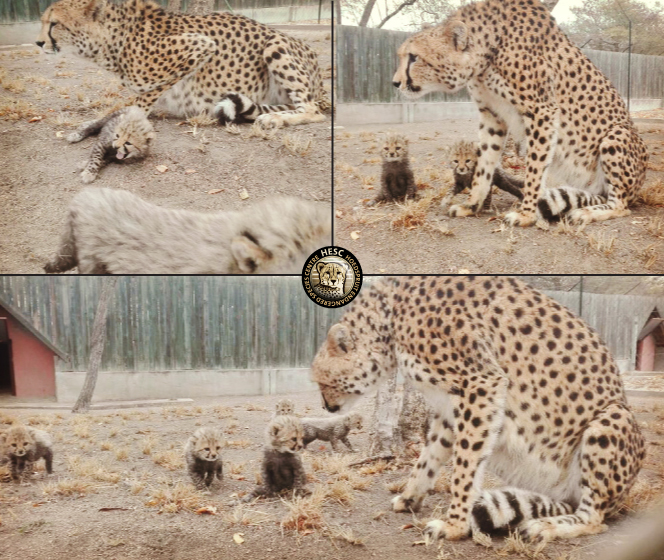 Because of her injuries, Mary Jane, unlike her siblings, was never destined for release into the wild. 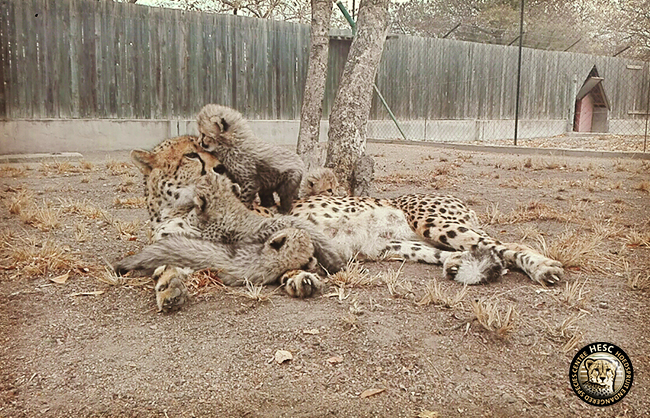 Today, despite her long journey to recovery, Mary Jane displays no sign of ever having had a serious injury – something that makes us very proud. She was moved into an enclosure as part of the cheetah-breeding program, where she could mate with Tristan. 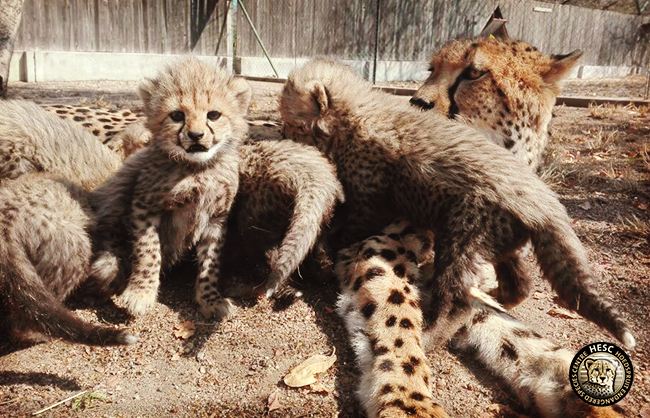 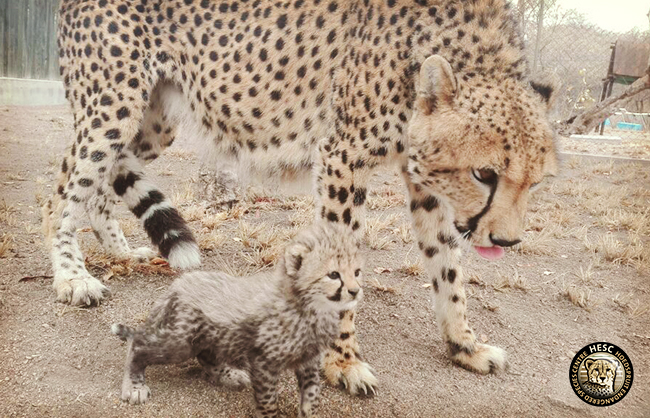 As her time to give birth neared, she was moved into the maternity ward – an area that’s prepared especially for receiving newborn cubs.

We are thrilled to have new life at the centre. Mother and cubs are all doing great! 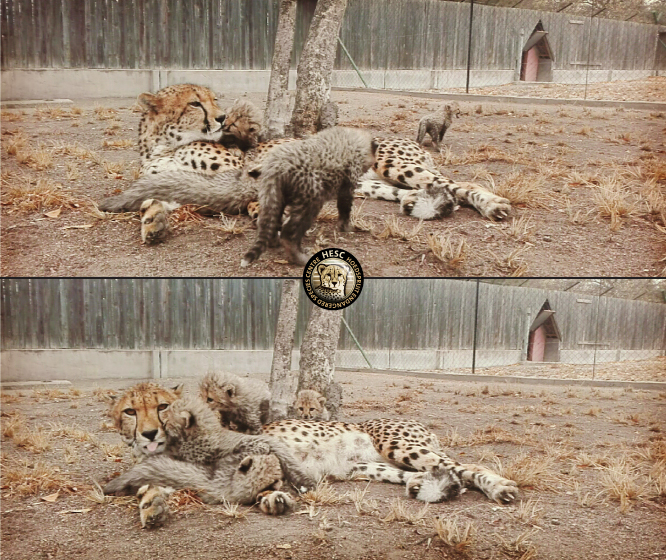 Watch this video clip of Mary Jane and her cubs: