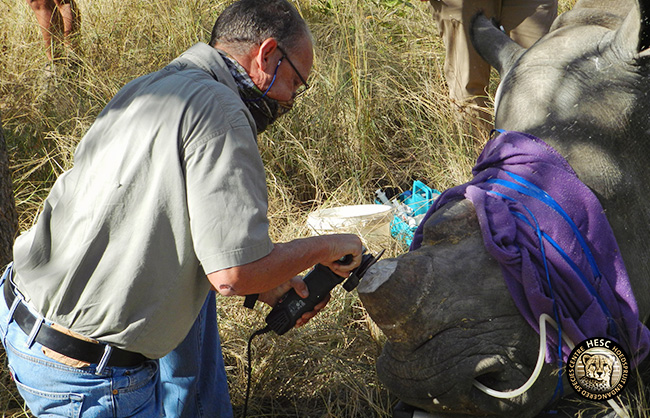 On Thursday 11 May, our older rhino cows, Lion’s Den and Dingle Dell; as well as ‘rhino’ brothers, Gertjie and Matimba were dehorned. As usual, Dr Rogers and his team were present, and so was Lyle Wiggens from Nature Conservation, Limpopo Province to oversee the procedure.

As you may recall, we also recently dehorned Balu, Khulula and Olivia. Click here to read about their dehorning. 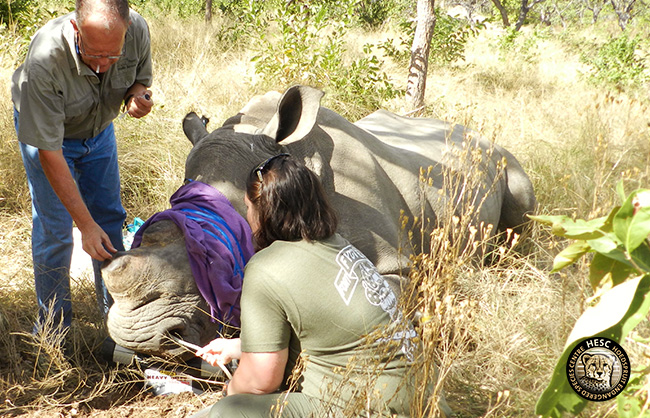 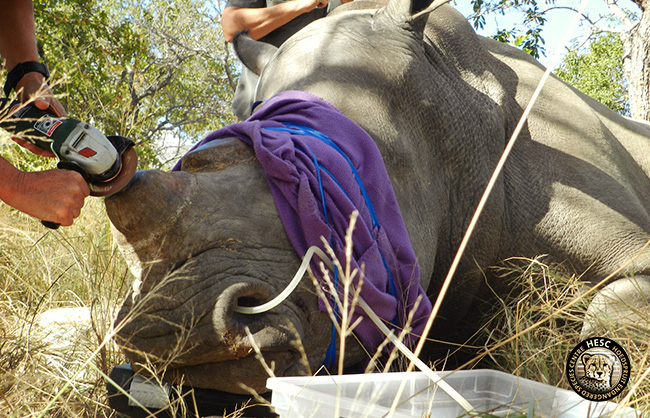 This wasn’t the first time that Lion’s Den, Dingle Dell, Gertjie and Matimba have been dehorned. At HESC we’ve found the complete removal of the horn to be most effective, as this eliminates the imminent risk to both animals and the humans who take care of these rhinos. No horn = no interest from poachers. But, like human nails the rhino horn can regrow, which necessitates the rhinos having to be dehorned every few months. 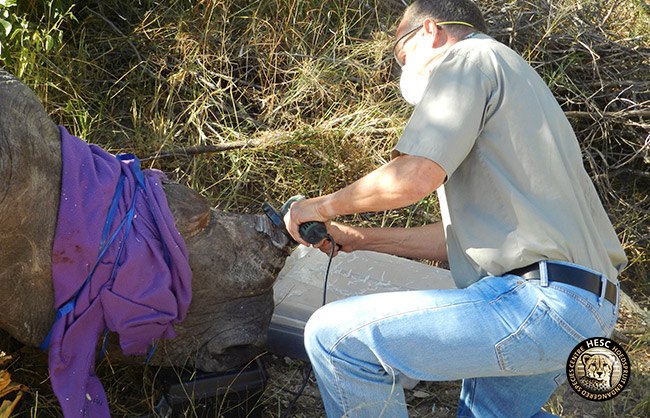 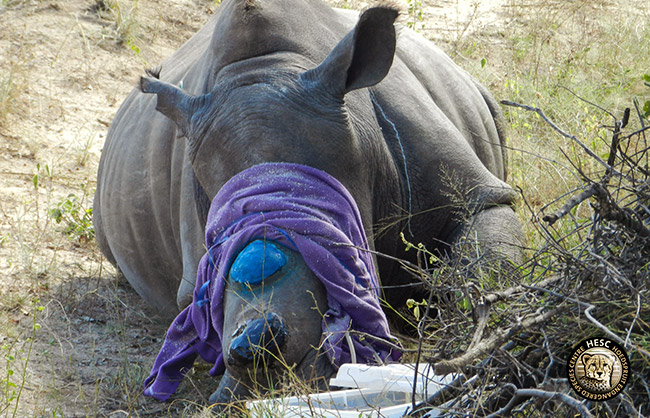 First up was Lion’s Den, then Dingle Dell, followed by Matimba and Gertjie went last. The rhinos were darted and dehorned at separate stages of the day. 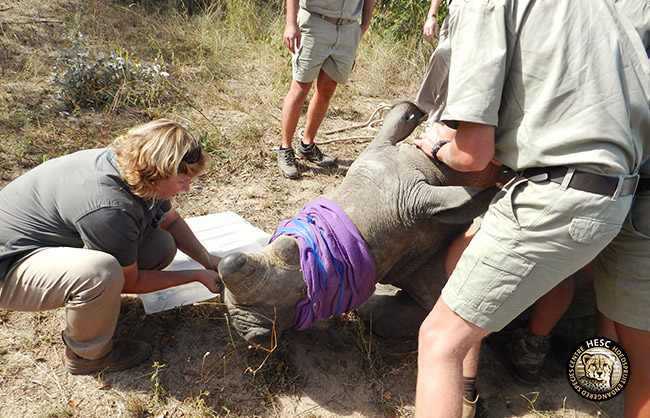 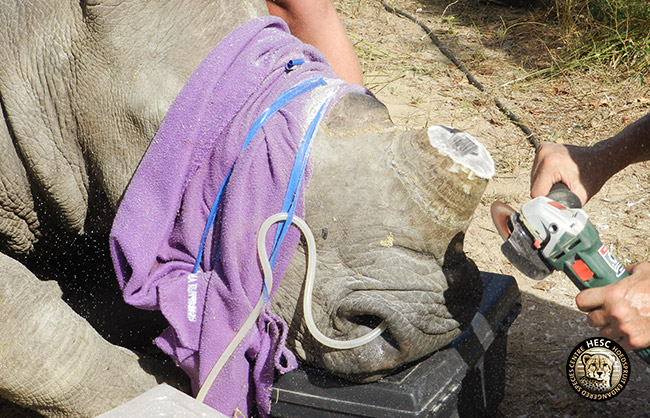 Dr. Rogers, curator Christo and the rest of the team began to safely remove the excess horn per rhino. Once this was done, antibiotics were administered for the treatment and prevention of superficial skin infections. A disinfectant was prayed over the horn area to keep it safe. At no point of the procedure do the rhinos feel any pain. 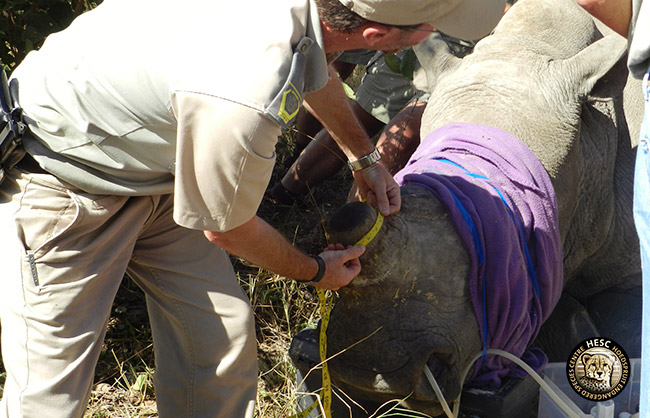 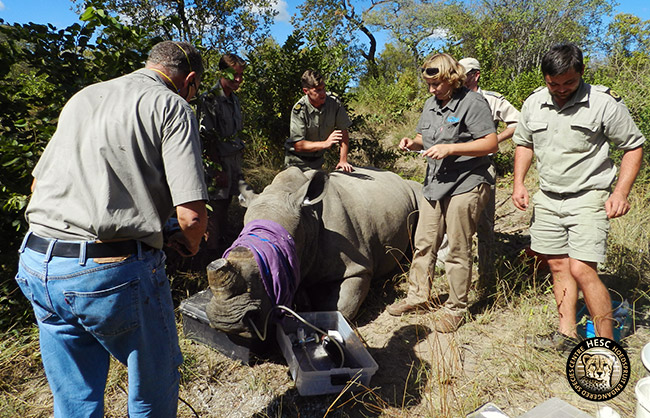 We are grateful to Dr Rogers, his veterinary team, and our own HESC team for all the hard work they put in to ensure that our rhinos are well-cared for and protected. All four rhinos are doing well after the procedure.