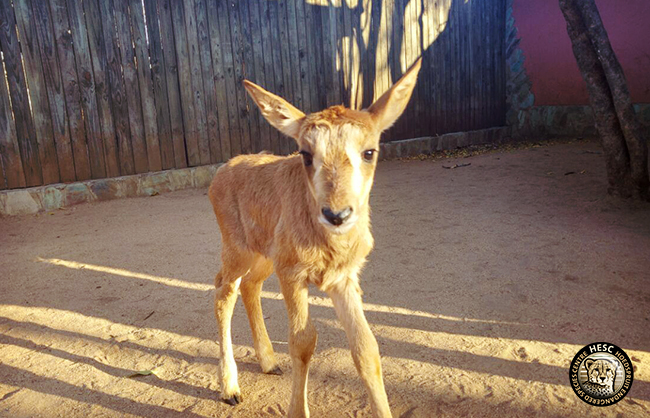 On the 3rd of August, we had a phone call from Dindiza Private Game Reserve to advise us that they had a baby sable antelope, and wanted to bring the calf to HESC. Although the connection was terrible and the line kept on cutting off, Christo geared up and prepared for the new arrival –  already in Hoedspruit, and en route to HESC. 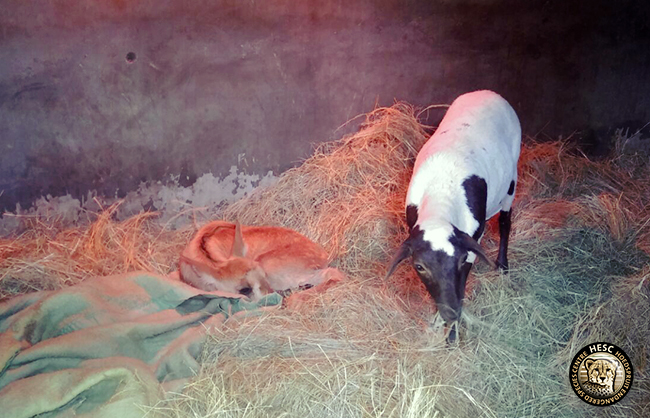 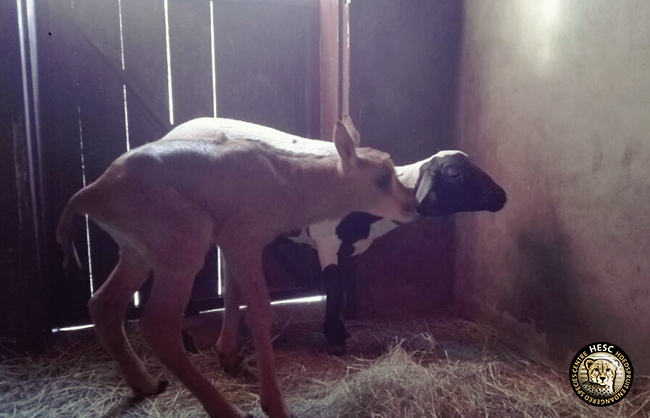 This sable calf was hardly a day old, and it is believed (by the owners) that the mother rejected it. We wasted no time in getting started, and commenced the rigid schedule of bottle feeding every 2 hours, giving the baby 100ml of pure cow’s milk a feed.
As we started increasing his milk intake and he started to eat grass too, the young sable developed diarrhea. Thankfully this is not abnormal under the circumstances, and his tummy soon settled after we substituted the milk with a rehydration solution. He’s now back on milk again. 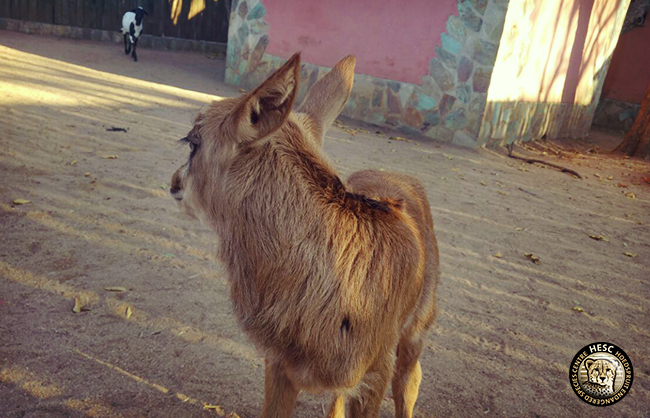 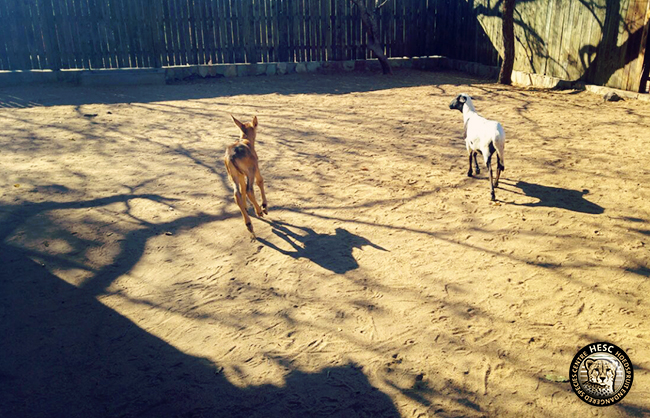 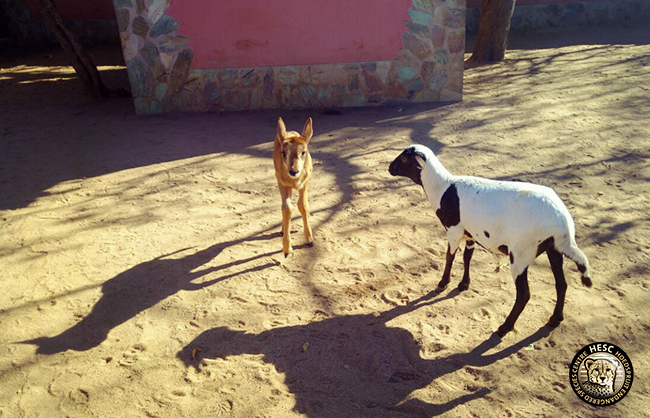 We are happy to report that the young calf is putting on weight. He weighed 12kg on arrival, and is now 14kg. 2kgs is a lot in such a young sable’s world!
Many have been asking about the other Pedi sheep (named Moo) that was brought to the centre. We’ve put her with this baby sable, named Owen. We were naturally thrilled to see that we have another match made in heaven, and Owen and Moo get on like a house on fire!
Our curators currently have their hands full with all the babies at the centre! But every moment is loved. 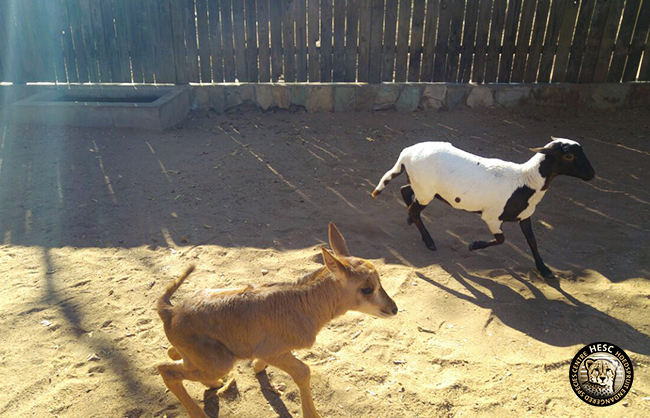 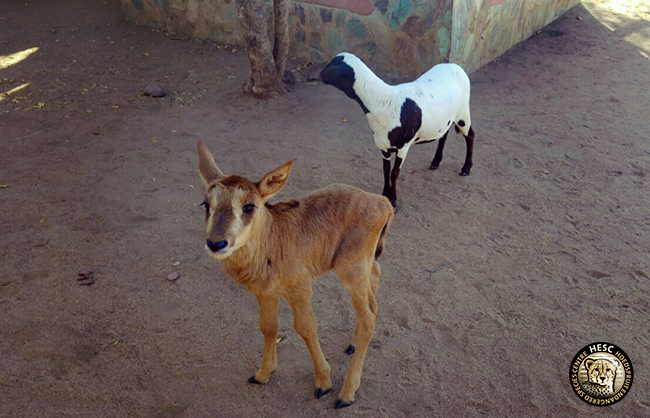 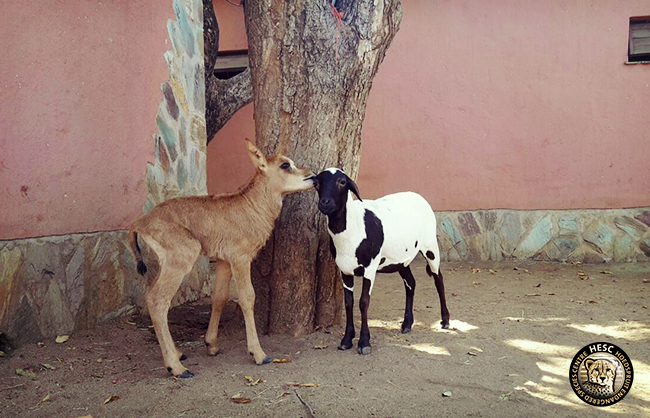 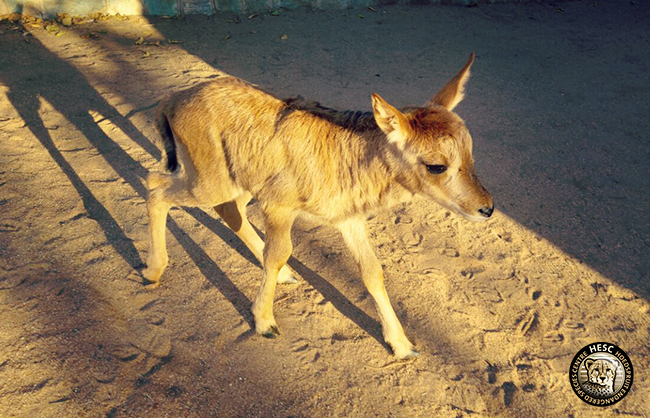