Today we said a sad farewell to a man that has surpassed all our expectations and then some, over the past nine years. 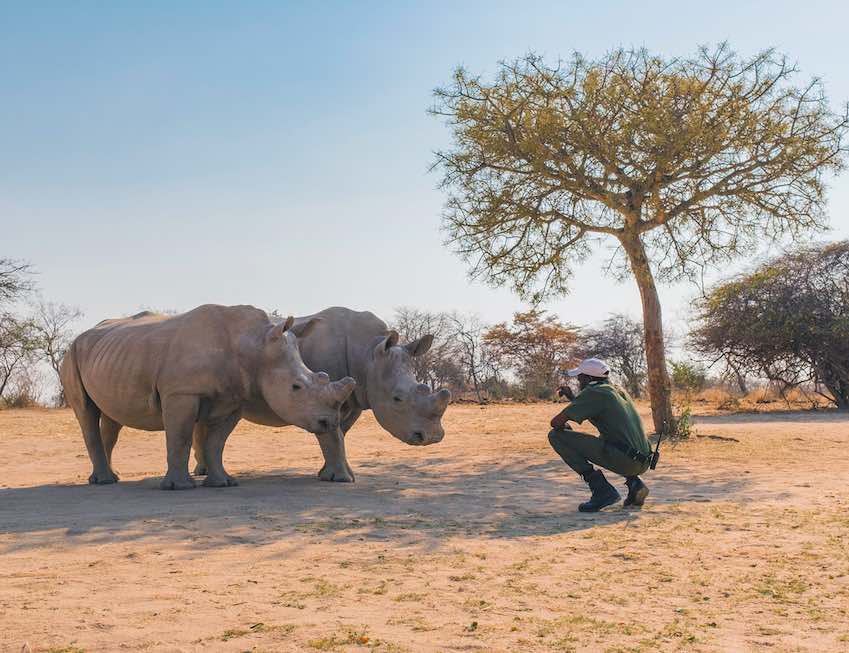 Simon, one of our anti-poaching unit team, has walked the most inspiring journey with us at HESC, and been a shining light to many that have worked with him along the way, and met him when visiting HESC.
It all started in 2010 with the kindness from the US Friends of HESC who decided to give one conscientious underprivileged learner the opportunity of a lifetime, a chance to partake in an internship at HESC. A handful of candidates were selected to prove themselves over two weeks, and Simon was a shining star from the word go, we could see he was genuinely passionate about animals and nature.


In a short space of time, Simon became a massive asset to HESC, assisting the animal curators with daily tasks, as well as translating to school children on walking tours.

By 2016, Lente Roode decided to take Simon’s career one step further and sent him on a course at Protrack, where he was prepared mentally and physically to be on the frontline of anti-poaching. Once again, he excelled.

Over the three years, Simon has been an outstanding member of the anti-poaching unit and worked well with the K9 team, and his colleagues. He has also inspired thousands of young children on his journey, through talks at schools as well as on-site at HESC.

Today, we see Simon take the next step in his career, outside the perimeter’s of HESC, as he takes on a new opportunity with exciting prospects in the anti-poaching field. Naturally, we are very sad to say goodbye to a dear colleague and friend, but so very proud at the same time, knowing that he has a fantastic future ahead of him.

We wish we could show his kind face to the world, but sadly, due to his responsibilities on the front line, we are unable to do so.
Thank you, Simon, for the hard work, commitment and value you have brought to HESC over the years. You will be sorely missed.
Yours in Conservation (and Love),
The HESC Team.