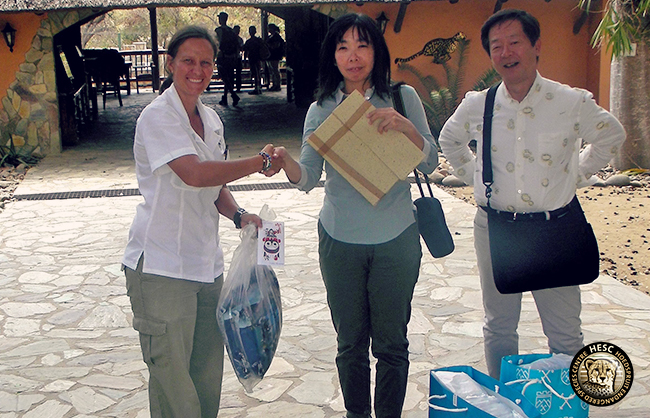 On the 13th of September we had a very special visitor all the way from Japan. We were privileged to host Ms. Yoko Aoyama who had come bearing gifts. These included some of the items on our ‘wish list’ such as protective gloves, wound dressing, absorbent cotton, gauze, bandage and towels.

Ms. Aoyama also donated $2000.00, which will be put to good use covering some of our other expenses brought about by the ongoing drought. Ms. Aoyama handed us the cash in an interesting envelope with a very special picture on it. She explained that the picture depicts the story of a Japanese samurai (hero), Momotarō. 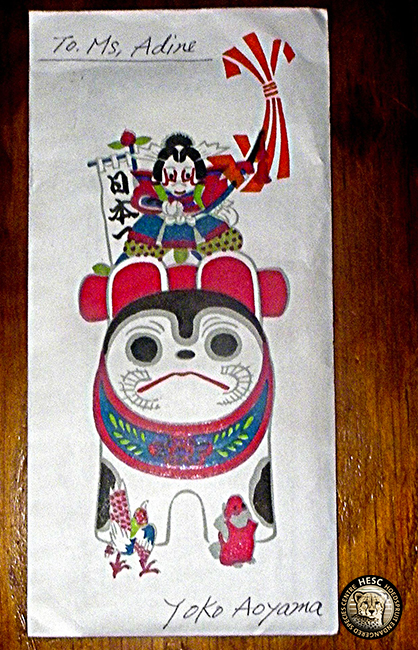 Momotarō (桃太郎 Momotarou?, “Peach Boy”) is the title of various books, films and other works that portray the tale of this hero. Momotarō left his parents to fight a band of marauding oni on a distant island. En route, Momotarō met and befriended a talking dog, monkey and pheasant (a large long-tailed game bird native to Asia, the male of which typically has very showy plumage), and they all agreed to help him in his quest. Momotarō is strongly associated with Okayama in Japan and his tale may have its origins there.

On behalf of everyone at HESC (including all the animals) we wish to thank Ms. Aoyama for her generosity and support for our work. 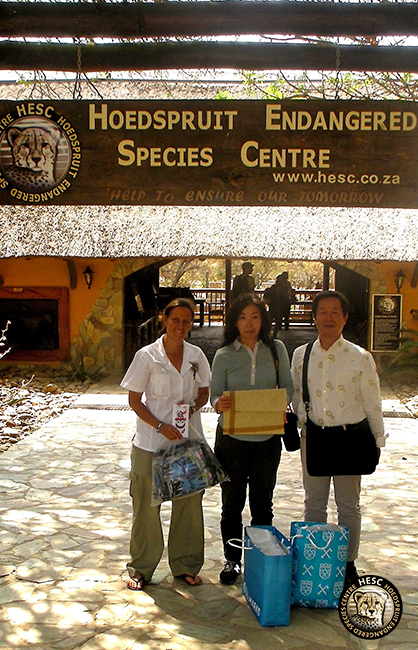