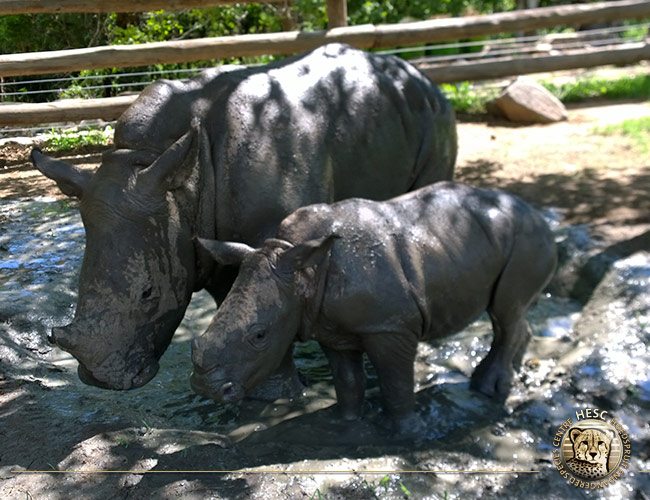 Both Gertjie and Matimba are flourishing under their new found friendship. Gertjie has taken on the role of the older brother and Matimba is constantly testing his increasing strength against Gertjie’s.  Gertjie allows him to get away with just about everything. Usually, just before Matimba runs off in victory, Gertjie shows that he still has what it takes and still is the bigger, stronger one. Matimba then accepts the defeat and off they go (with a smile I believe).

They both prefer the others’ company but are never mean to, or neglect their sheep companions.  The 2 sheep, Lammie and Louis, are always close by grazing or catching up with the playful duo with a prance. 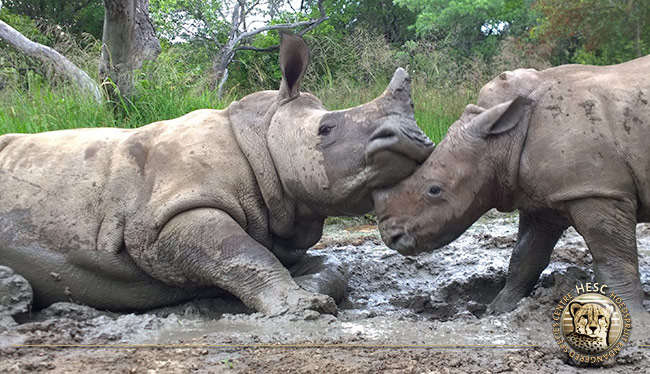 Here are some interesting differences between Gertjie and Matimba now and when Gertjie was the same age as what Matimba is now – 2.5 months old 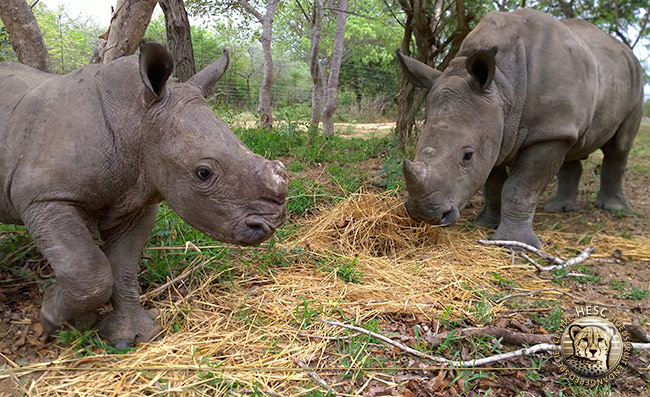 Since bonding with Matimba, Gertjie has viewed humans as a third party and barely seeks to play with us like he use to.  Most of his usual babysitters are now weary of him, mostly because of his size, but also because he does show preference towards his caretakers and are becoming less tolerant and friendly towards people in general.  This, however, is very positive behaviour and proves that he will not just walk up to anybody for a ‘hug and a kiss’. Gertjie is comfortable in spending hours on his own with his companion Lammie.  Human interference will be decreased even more once he is weaned and as time goes on, he too will become a wild rhino again and live a happy, natural life. 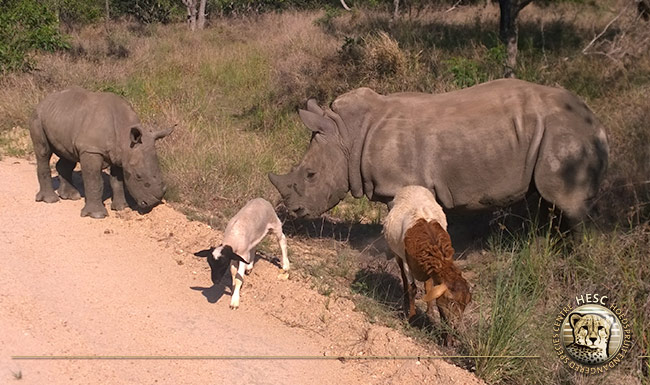