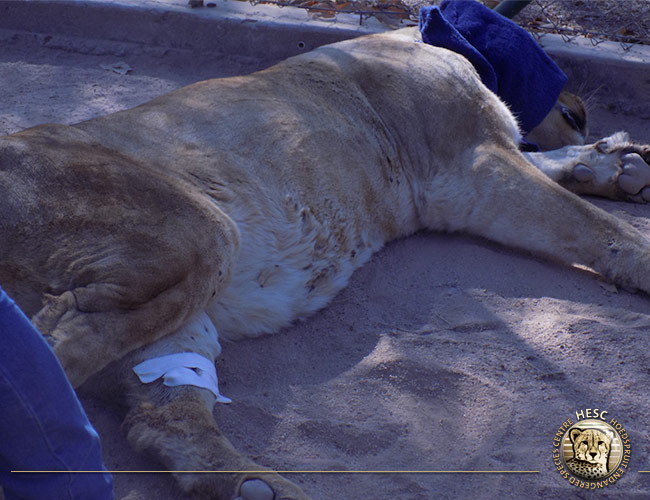 Caesar after being darted

On 23rd July 2015 Dr. Rogers and Janelle came in to do another treatment on Caesar (our Animal Defenders International male lion). As previously mentioned, Caesar suffers from arthritis and Dr. Rogers has been coming in from time to time to monitor his frail condition.

Caesar was lured into the feeding enclosure where he was darted with low doses of Medetomidine and Ketamine. It took some time before he went down and the team could go in to start with his treatment. Caesar’s eyes were covered with a towel to block out the sun as they do not completely shut under sedation. 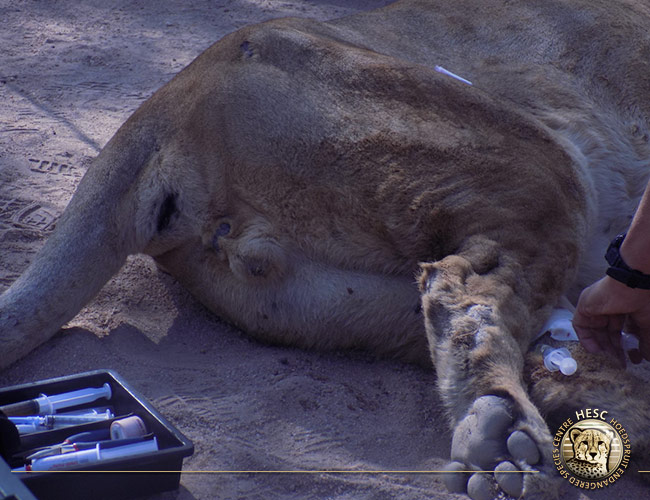 The lion was injected with minerals, vitamins, and anti-inflammatories. Antibiotics were also administered in order to prevent an infection from developing on the area where the dart penetrated. He was then given painkillers, as the Cortisone takes some time to kick in. We also gave him an appetite stimulant and put on ointment in his eyes to prevent them from drying out. Fiprotec was used to remove ticks and prevent infestation. 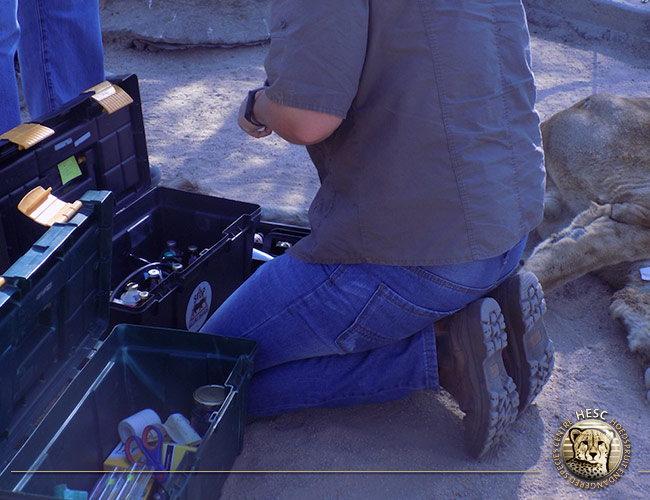 Janelle & Dr. Rogers getting the minerals, vitamins and antibitoics

Dr. Rogers has noticed an improvement in Caesar’s movement since starting treatment. Unfortunately our lion is experiencing some muscle deterioration as a natural effect of old age. 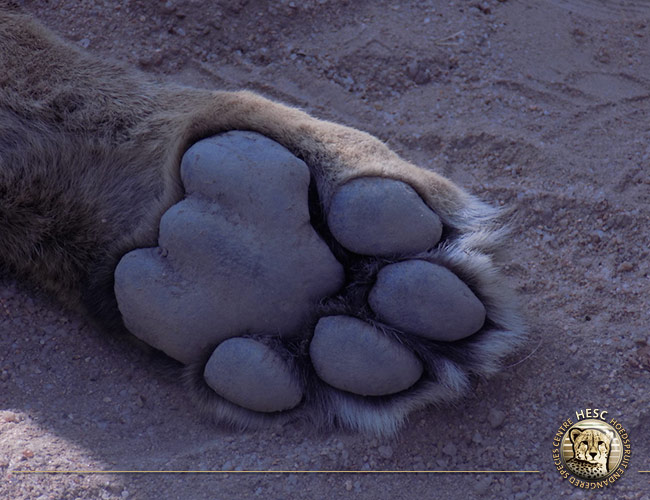 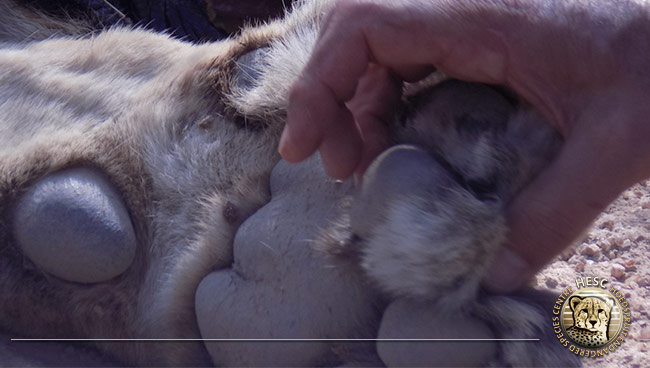 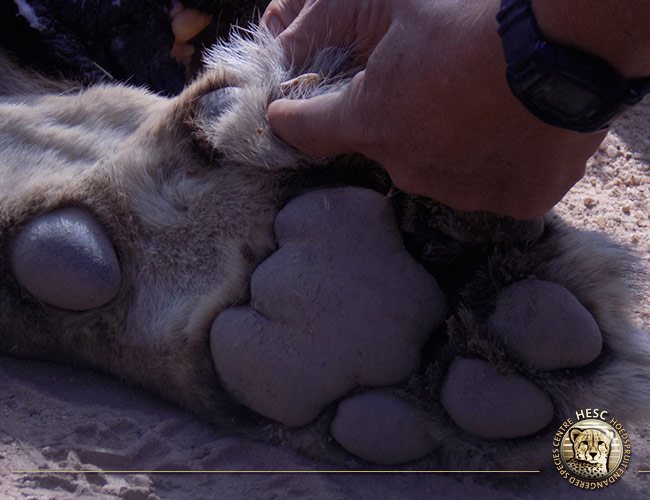 Dr. Rogers shows how Caesar was declawed when he was in the circus

Once the staff had moved off and exited the feeding enclosure, Caesar’s companion, Sarah, went to lie right next to the fence where he was and started making a noise – calling out to him. 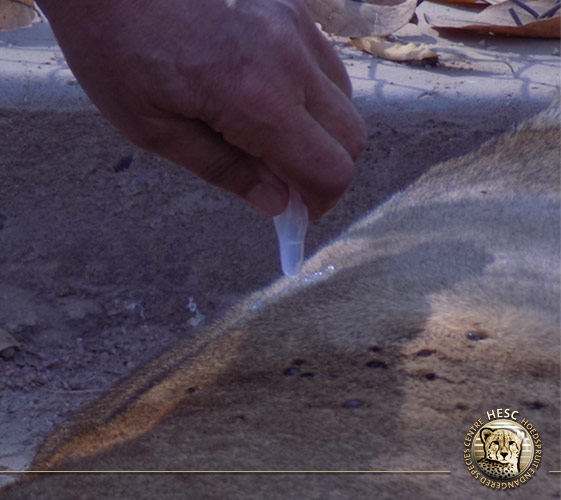 Caesar getting treatement for ticks

Caesar was a little wobbly as he woke up from the reversal drug, which can be expected after an anesthetic. Dr. Rogers then gave the go-ahead for the feeding enclosure to be opened, and the patient made his way to reunite with Sarah. 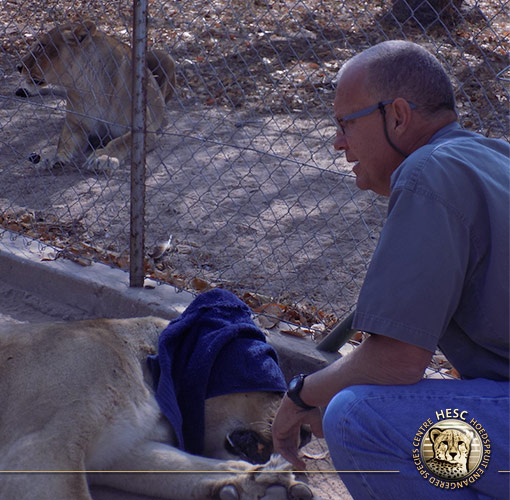 Sarah waiting for Caesar to wake up

The Sable Antelopes’ feeding trough; more than meets the eye