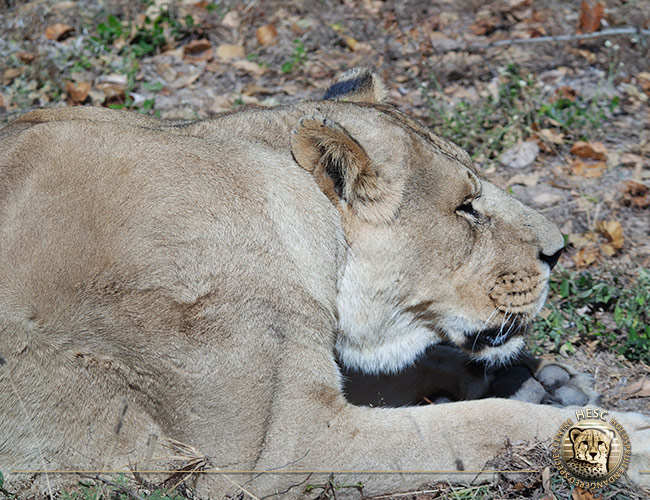 Following his previous check up assistant curator Anri de Waal noticed, on one overcast Wednesday morning, that Caesar was not himself. She immediately telephoned Dr. Peter Rogers and informed him that Caesar looked weak and appeared to be in a lot of pain. A simple task, such as getting up to eat, seemed to be difficult for him.

Dr. Rogers came in on the 18th of April 2015 to inspect Caesar in order to see what steps needed to be taken. 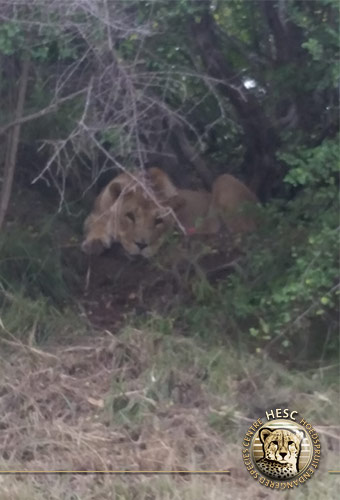 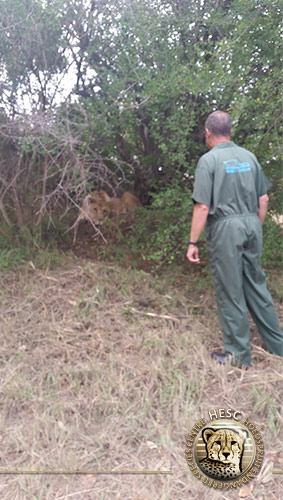 Our curators offered Caesar’s female companion, Sarah, some meat in order to lure her into the feeding enclosure. Sarah was kept in this section, and the gateway shut for obvious safety reasons.

Dr. Rogers drove into Caesars’ enclosure and darted the ailing lion with an anesthetic injection. The pink-feathered dart painlessly hit its mark, and in about 4-5 minutes the lion was sound asleep. Dr. Rogers promptly started with the examination. 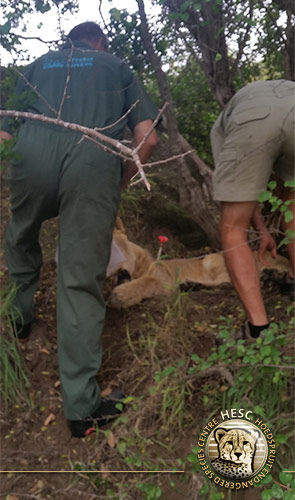 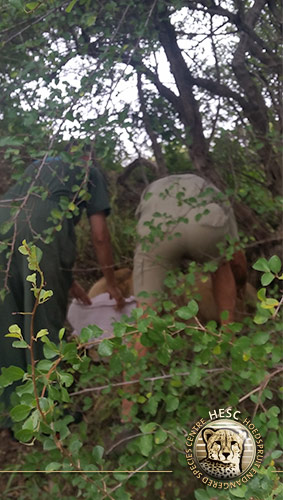 Previous tests had shown that Caesar suffers from Arthritis, which affects the musculoskeletal system, and specifically his joints. The word arthritis comes from the Greek arthron meaning “joint” and the Latin itis meaning “inflammation“.

In order to better understand Caesar’s condition, let us look at how a joint works:

A joint is where one bone moves on another bone. Ligaments hold the two bones together (ligaments are like elastic bands). While they keep the bones in place, the muscles relax or contract to make the joint move. Cartilage covers the bone surface to stop the two bones from rubbing directly against each other. The covering of cartilage allows the joint to work smoothly and painlessly. 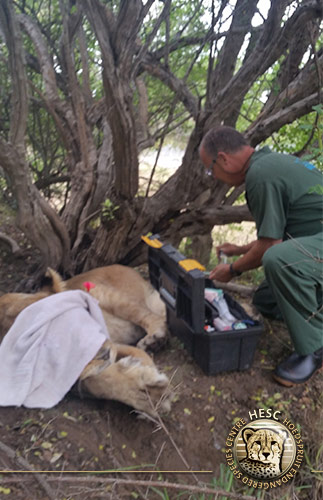 Having arthritis means something is going wrong with the joint(s). What goes wrong depends on the type of arthritis it is. It could be that the cartilage is wearing away, a lack of fluid, autoimmunity (your body attacking itself), infection, or a combination of many factors. 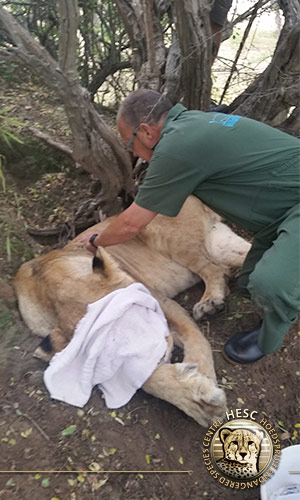 To try and help Caesar as much as possible, and to relieve his pain, Dr. Rogers administered anti-inflammatories and antibiotics.

Caesar will be closely monitored this week. Should his condition not improve, Dr. Rogers will have to be called in again. Bigger decisions may then need to be made to ensure the best possible care for our beloved fighter.

We will keep you posted. 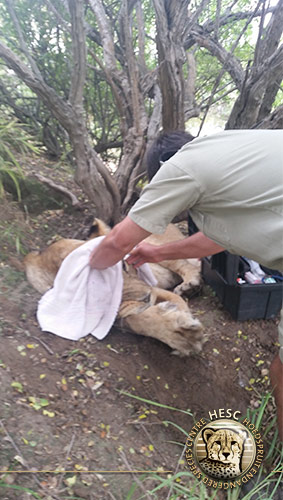 All you need to know about HESC's Student Programme