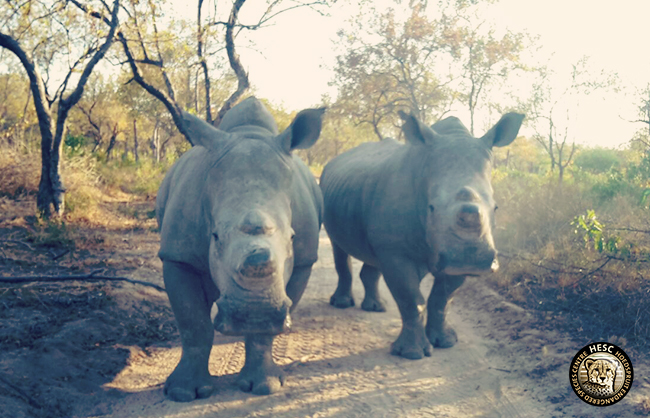 Lion’s Den, Dingle Dell and Philippa
Lion’s Den and Dingle Dell are both very happy and relaxed. The two, with Philippa in tow, like to visit the Sable Antelopes’ enclosure. They get very excited when they see the curators coming into their enclosure in the afternoons, as they know that means it’s feeding time! These clever rhinos sometimes even wait at their entrance when it’s almost feeding time with their sister, Philippa, as if to ask ‘where is our food’? 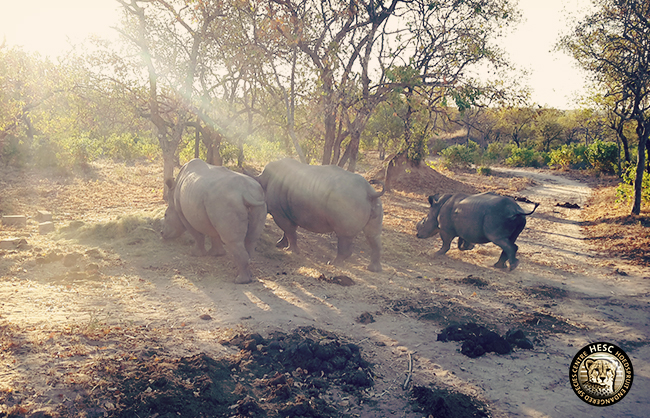 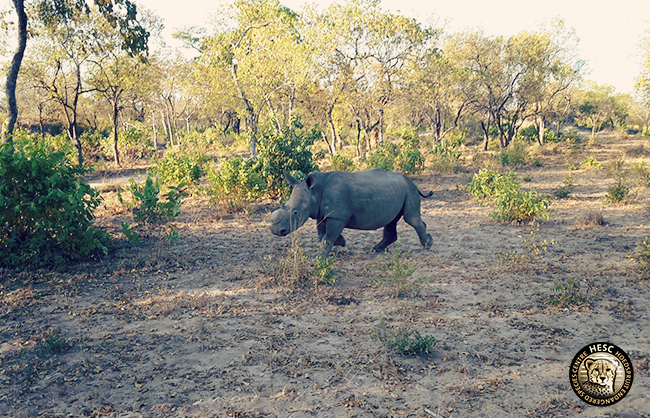 On the 11th of June, Philippa endured another treatment procedure. Read more here. 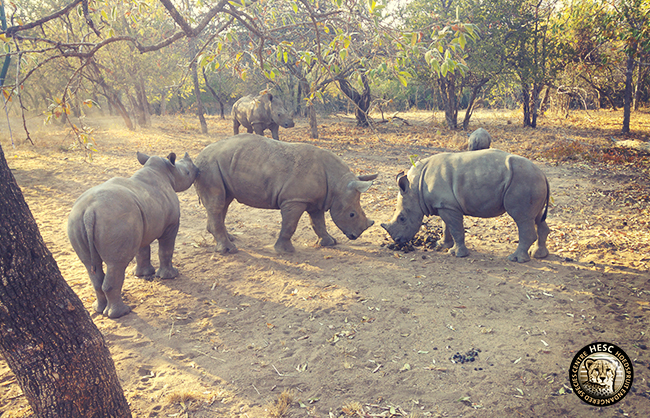 Olivia, Khulula and Nhlanhla
These three babies are doing well, and it’s heartening to see how they quickly bounced back after the loss of their friend, Muddy.
On the 9th of June we weighed the rhinos. Olivia weighed a healthy 224kg, Khulula was 167kg and Nhlanhla was 83kg. Growing by the day, they are!
Olivia’s milk intake was increased to 4.1l per feed, 6 times a day. Khulula’s has been increased to 13% of her body weight and she now drinks 3.4l of milk per feeding. Nhlanhla is still on 1.9l of milk per feeding. As these babies continue to grow, so does their milk intake. Khulula now takes 3,6l milk per and Nhlanhla 2l per feed. All three babies are fed six times per day.
On the 18th of June, we weighed the rhinos again. Olivia came in at an unbelievable 242 kg, while Khulula and Nhlanhla clocked 188kg and 94kg, respectively. It’s amazing to see the difference one week can make. This is a clear indication that the rhino babies are thriving and happy.
All three baby rhinos have formed a strong unit, and are as close as can be. 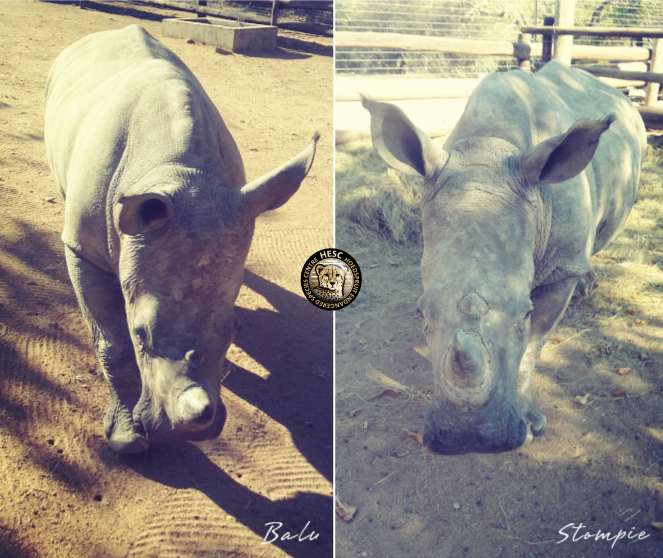 Stompie and Balu
In the beginning of June, Stompie’s milk feedings were decreased from 7.5l to 7l twice daily. Balu’s remained unchanged at 7l, three times per day.
However, by mid-June we had taken down both their milk bottles to 6l for Stompie and 6.6l for Balu, three times per day. As they grow, the amount of milk they need lessens as they start to get most of their required nutrients and energy from the grass they graze.
These brothers continue to thrive and grow in closeness daily. They are now both walking around the centre on their own during the day, which they enjoy as much as they do each other’s company.
Gertjie and Matimba have been moved to a new enclosure. Read more here. 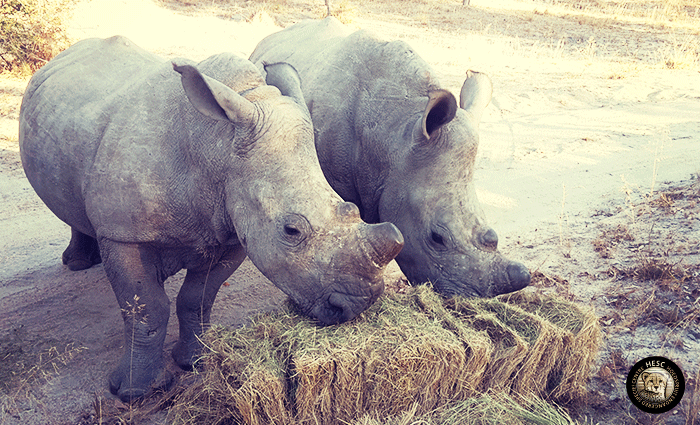