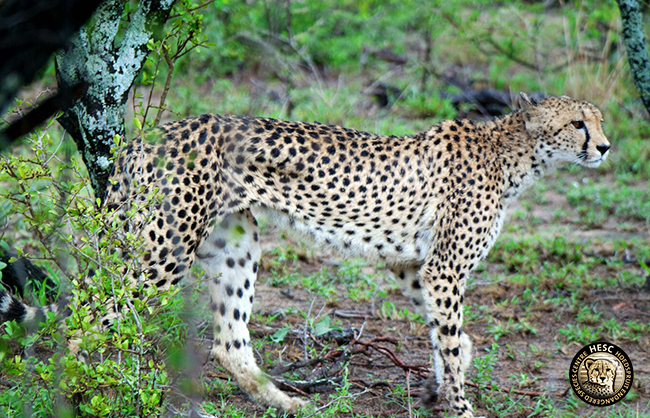 The region of Limpopo has recently experienced a long and terrible drought, but has finally received a much needed rain storm. After the storm a few of the rangers at Camp Jabulani, Craig Saunders and Ruan Roos, took a game drive with their guests.

On their drive they came across a familiar face. Susan the cheetah, released the onto the Kapama Game Reserve by the Hoedspruit Endangered Species Centre (HESC) in 2012, was spotted strolling out of the bush just 5 meters from their vehicles. 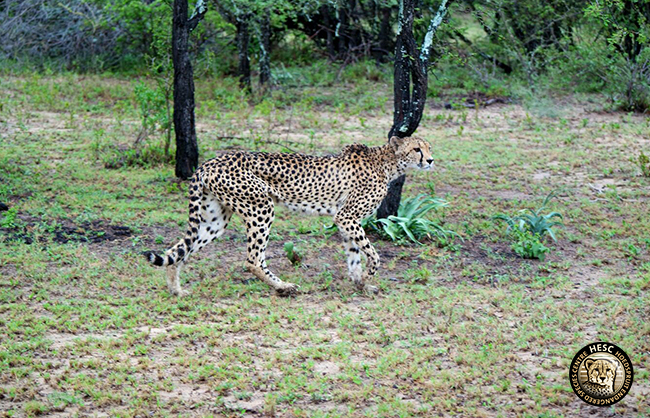 Susan was very relaxed as she walked past them, and seemed to be utterly uninterested in them as she hunted for breakfast. The two rangers followed her for about 20 minutes until she spotted a small herd of impala.

She started stalking the impala, but unfortunately they spotted her and the antelope made a very hasty retreat. She accepted defeat and lay down, rolling languidly in the damp grass. And so ensued 10 minutes of great photographic opportunity before she vanished into the thicket. 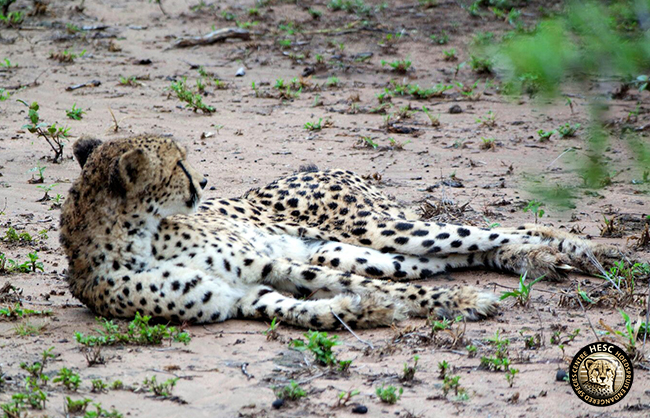 It was good to see that she is doing well and is comfortable in her natural environment. A successful animal release is always the ultimate feather in the cap for the team at HESC.

HESC RELEASES A CHEETAH IN A WILDERNESS RESERVE