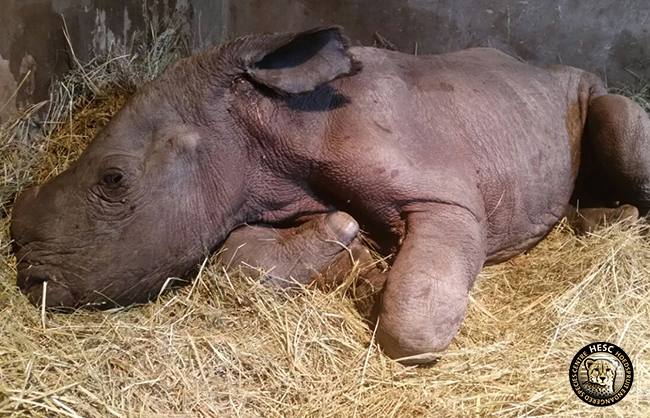 On Wednesday the 13th of April 2016, another young rhino bull was brought to the centre. The approximately 2 weeks old tiny baby had been discovered by a field guide on one of our neighbouring properties. He had noticed that the baby was being rejected by his mother, as she repeatedly pushed him away as he tried to get close to her to suckle. No one knows for sure why the mother was doing this.

The young bull had no chance of survival without intervention, and was brought in to HESC for immediate and urgent care. We took acceptance of an exhausted, dehydrated and emaciated baby. 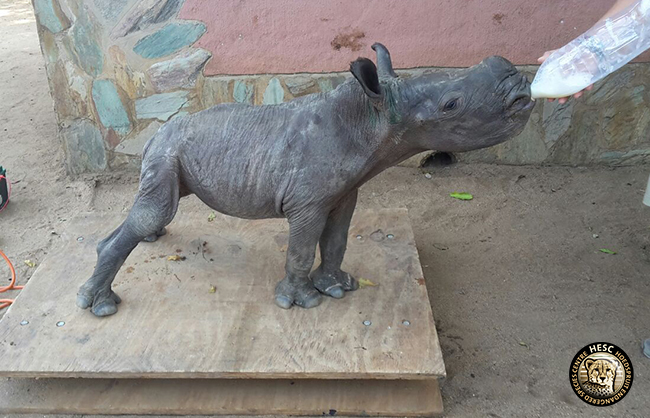 Our team worked hard to rehydrate him, and gave him milk formula which he responded well to. It took him just over 15 hours to urinate after his arrival – this was a good sign, as it showed that he was stabilising.

The following morning, our mother-extraordinaire, Lammie, was brought in. It took a bit of time before the two were acquainted, as the young rhino spent most of his first couple of days sleeping.

By Day 2, the baby showed signs of improvement, and seemed to be gaining strength. Our curators weighed him, and he clocked in at a ‘mammoth’ 41kg. The owners of the property on which he was found named him Nhlanhla, which means ‘luck’ in isiZulu. 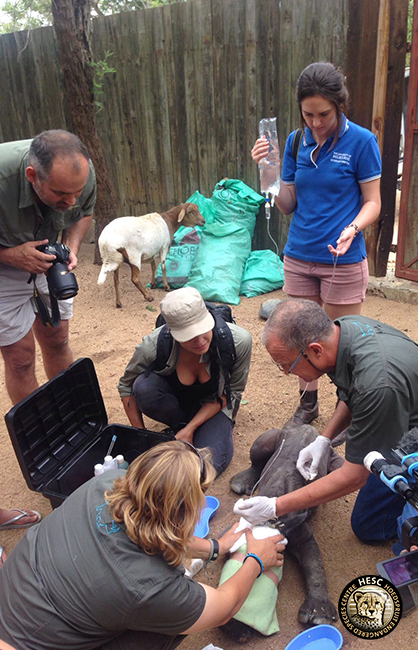 On the 16th of April, Dr Rogers and his team came in to check up on and treat Nhlanhla. He had an abscess on his neck from what seemed to be a possible bite wound. He was then sedated, and the abscess was flushed out and the wound cleaned. Dr Rogers gave him antibiotics, anti-inflammatories and vitamin injections. 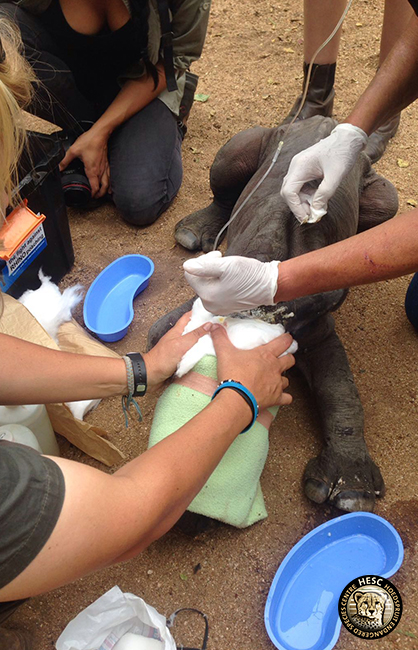 Dr Rogers is happy with the progress ‘Baby N’ (as he’s affectionately called at the centre) is making as he gains strength every day. Although he had been sleeping a lot, the fact that he drank all his milk every 3 hours was comforting. 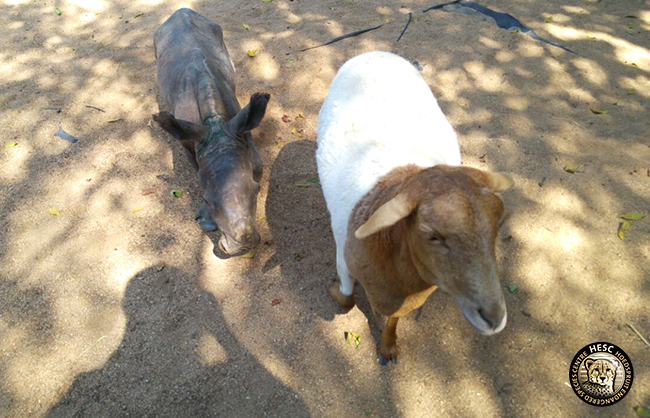 There’s been a significant improvement in his weight as he clocked 46kg when he was weighed on Tuesday the 19th of April. ‘Baby N’ was taken out the hut yesterday and went for his first walk around the boma. Of course, our dear Lammie, who’s been by his side all along, was right there to ‘guide’ and keep a close eye on ‘Baby N’.

Although there is still a long way to go, we are confident that ‘Baby N’ will grow to be as strong as the other orphaned rhinos in our care. 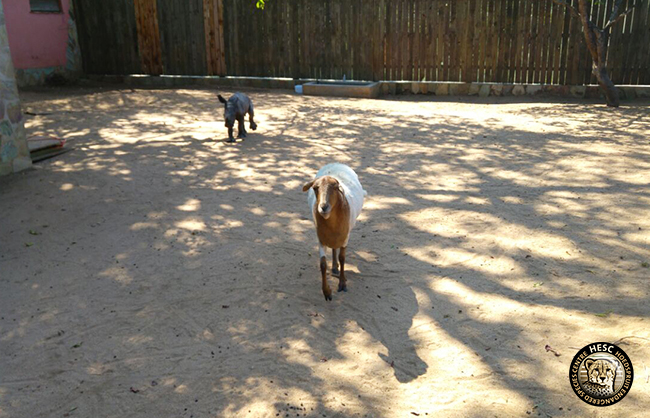 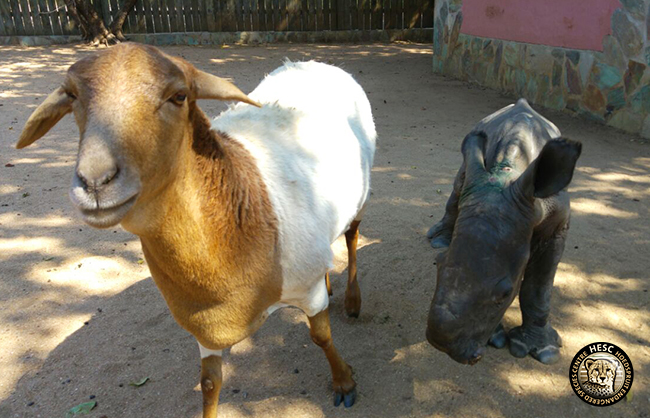 Gertjie and Matimba's Five Year Journey from Victims to Victors

An update on and comparison between Gertjie and Matimba