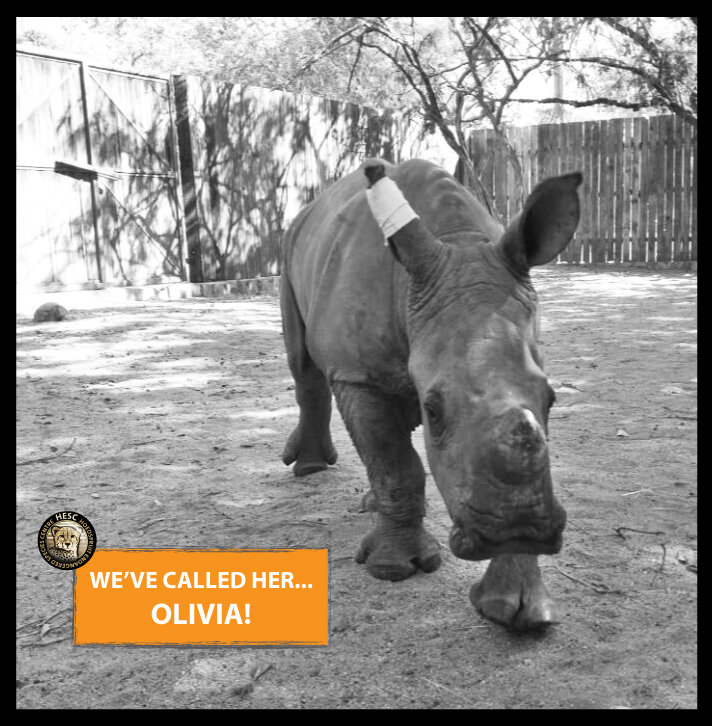 On Sunday 24 April, we took in yet another new orphaned baby rhino. This was hardly two weeks following the arrival of baby Nhlanhla. This baby rhino, named Olivia, is the second orphaned female rhino to be brought to the centre after Philippa.

This baby’s mother was savagely mauled by poachers, and she was found next to her mother’s carcass. As is the case with many poached rhinos, the mother’s horn had been brutally hacked off. 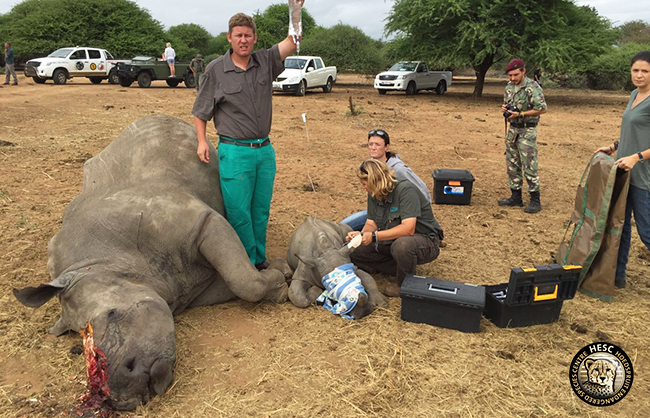 The game farm manager found Olivia and her dead mother early on Sunday morning, and called Dr Peter Rogers to come and dart the little one so that forensic tests could be conducted on the dead rhino. Dr Rogers called the case in, and the heavily sedated young animal arrived with his team later that same morning. 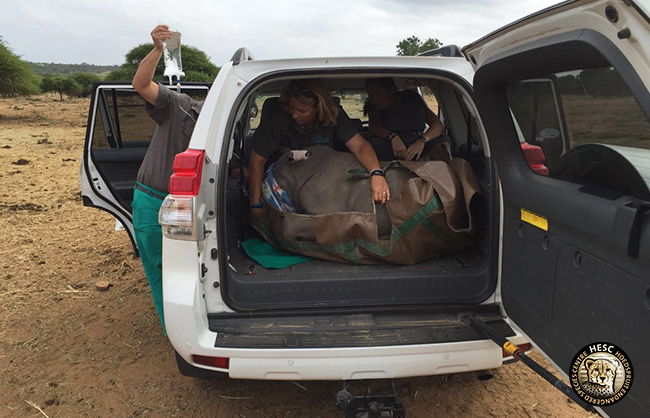 Olivia is approximately 2 to 3 months old and weighs 141 kilograms (about the same as Balu’s current weight, the youngest of the rhino bulls in our care). Our new rhino cow is in her own boma – she needs the space in order to calm down, as she was extremely traumatised and very thin on her arrival. 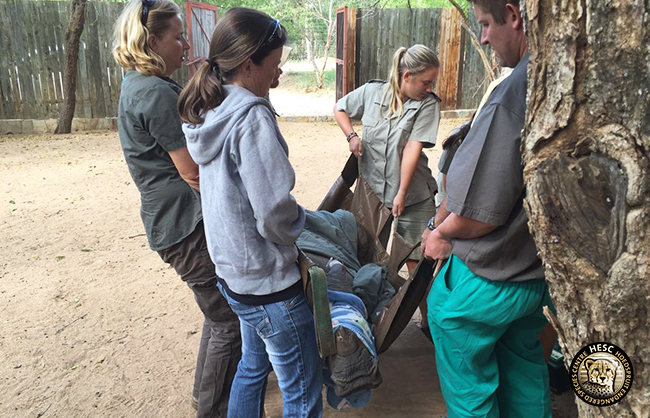 Our curator, Linri, has not left the little one’s side. She had not taken the bottle, due to trauma and heavy sedation, up until the morning of 25 April at 05:00 when she drank approximately 200ml of milk for the first time. She battled somewhat, as she was used to her mother feeding her and not to the teat of the bottle. She first chewed on it, instead of suckling.

Having gotten some much-needed rest the second night with us, the baby seemed slightly more relaxed the following day and even stood up when it was feeding time. By Monday afternoon on 25 April, she seemed to have grasped exactly how to suckle on the artificial teat and drank a full 1.4 litres! This is great as she can only gain in strength and vitality if she keeps this up.

Over the days there’s been a big improvement as Olivia has now taken to her bottle with gusto. We’ve had to increase her milk intake to 1.7 litres per feed. 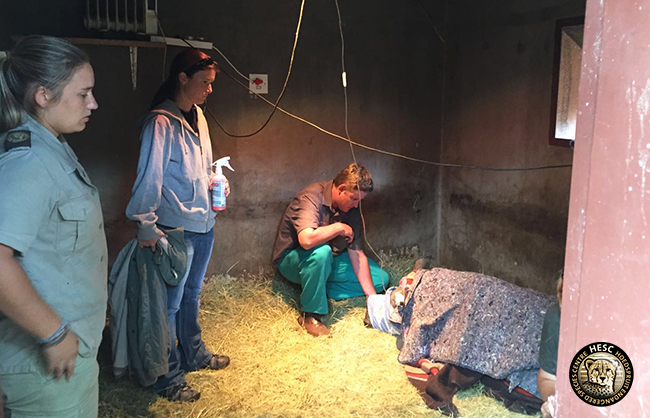 It is disheartening that many game farms are selling their rhinos, due to the huge security threat and financial costs to protect them. The families and workers on these reserves are also placed at risk because of the ruthlessness of the poachers who will do whatever it takes to reach their targets. 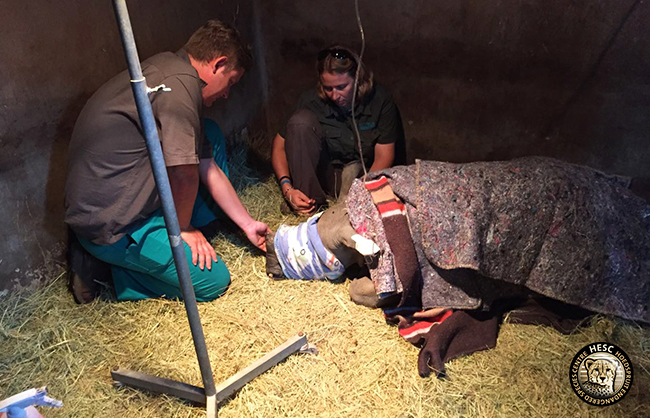 We pray that little Olivia will pull through. We will keep you updated on her progress. And yet again, we request that anyone who can and would like to make a donation towards the rhinos in the Rescued Rhinos @ HESC sanctuary visits our online portal. Alternatively go to PayPal click on ‘send’, add the WCT email address accounts@wildlifeconservationtrust.co.za, choose the amount you’d like to contribute and click ‘continue’. 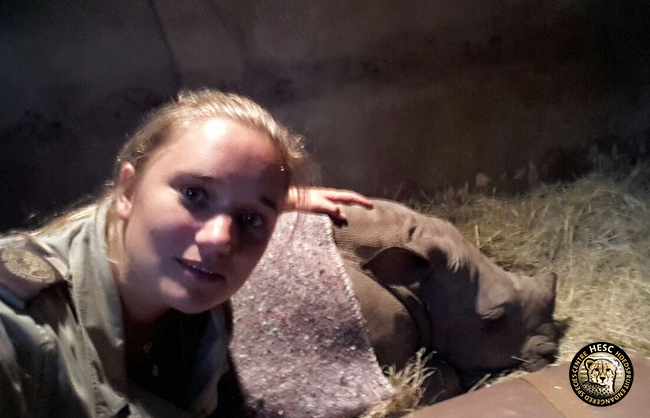 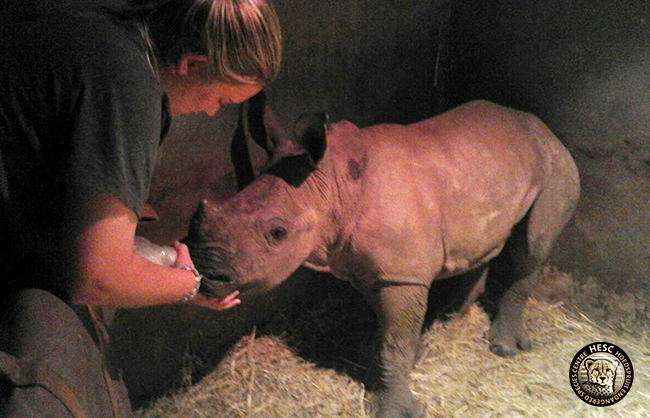 HESC's CLIMB FOR A CAUSE