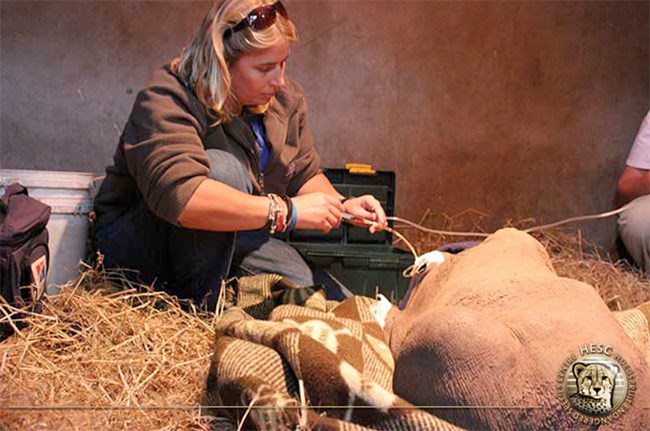 Yesterday, Sunday 16 November, we got a very important call to inform us that Dr Rogers was on his way to collect a rhino calf, and that we should be prepared to take it in immediately.  In what felt like a matter of minutes, the boma where Gertjie (the baby rhino we took in on 8 May 2014) usually sleeps was cleaned and prepared with bedding, infrared lighting and a heater.  With no further information, we waited in anticipation for the next call.

After what felt like hours we were notified that Dr Rogers and his team would be arriving with the calf in 20 minutes.  It was with mixed emotions that we waited.  While we were excited at the prospect of saving a young orphan, we all felt deeply saddened at the fact that yet another innocent animal would be forced to be raised outside of its natural environment. 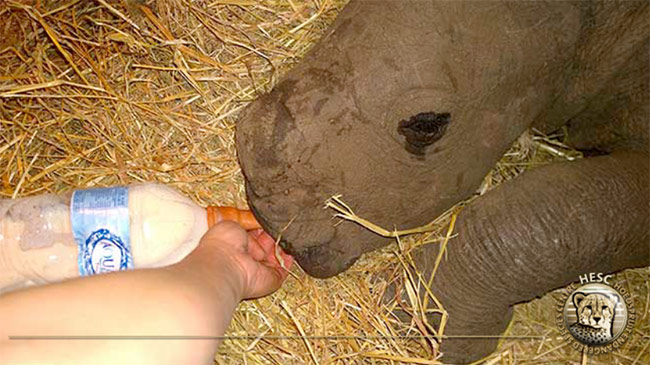 The Provet team finaly arrived, and it was with amazement that we took in the size of the tiny sedated rhino. A very young bull of just a month old, he could fit comfortable in the back of Dr Rogers’ Toyota Prado.  He weighed a paltry 60kg! As he was heavily sedated for the trip to The Centre, he was immediately carried to the space prepared for him so that Dr Rogers could reverse the drug and wake him up.  It is hard to describe the collective emotion in the room as we all took in the very small life that lay motionless in the middle of the floor.

When is this cruelty going to end?  His mother was shot and poached for her horn, leaving him behind – utterly defenceless – to die.  While details are still not clear, it appears that the incident took place on the evening of Saturday 15 November in the Hoedspruit area. The calf was found close to her lifeless carcass.  Both animals were still covered in mud, and it is highly likely that the young orphan had just enjoyed his first mud bath before his mother was killed. 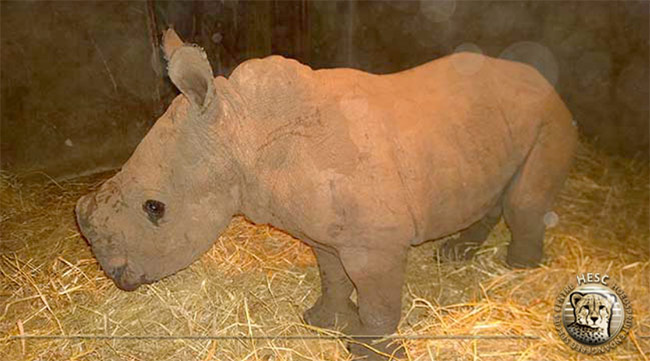 Shortly after waking, the young rhino made it clear that he was very hungry by trying to suck on his blanket.  He was very confused – a new area, new smells and no mother.  Even though he was still ‘groggy’, he was deeply traumatised and evidently petrified. 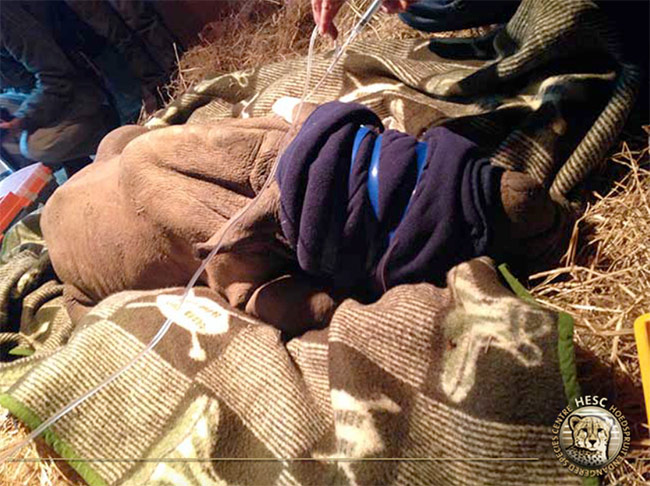 Having been in this position not so long ago, we knew more or less what to expect. Everyone left the boma, and Karien Smit (Assistant Curator) stayed behind with a bottle of formulated milk.  The first bottle is crucial for the baby’s survival, and we are very happy to report that he took it in with gusto. He is now feeding every three hours, 750ml at a time, and his current daily intake is around 6 litres. This will increase exponentially as he grows. 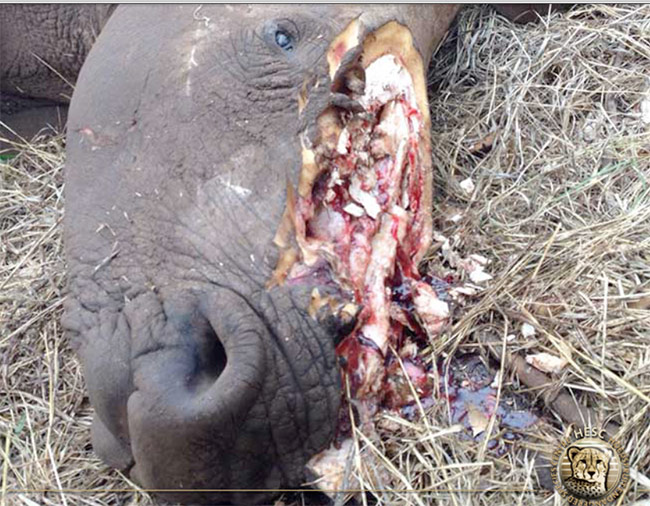 Each hour is critical at the moment, and we are ‘all-hands-on-deck’ to do what we need to to ensure that he does not become yet another tragic statistic.

Further news on his progress, and the circumstances leading to his arrival with us, will be communicated in due course.