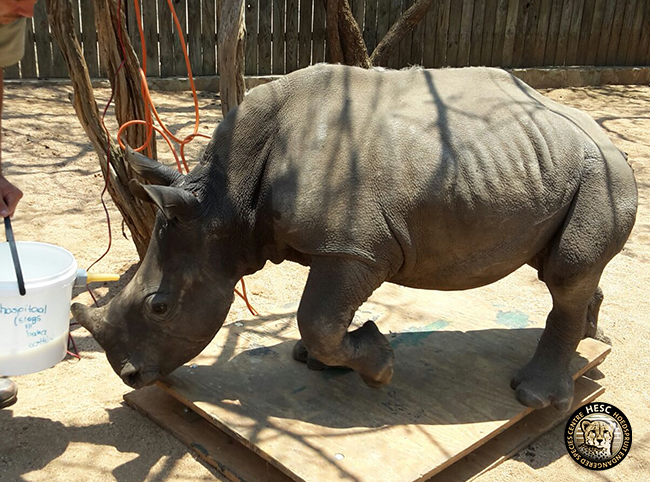 A young male rhino, estimated to be about 7 months old, arrived via helicopter from an un-named reserve in Hoedspruit on Tuesday 10th November. His mother had died as a result of injuries inflicted by poachers. The young bull was in a critical condition and had sustained severe injuries to his hindquarters in what we believe was a hyena attack. The new baby was affectionately named “Stompie” by Christo (HESC’s curator) and his team. 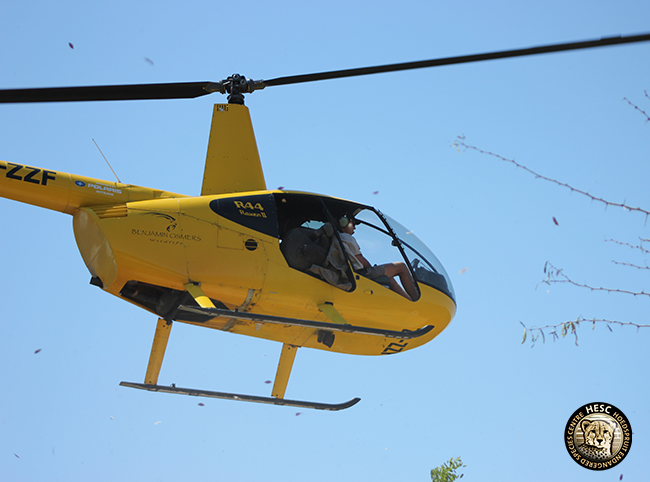 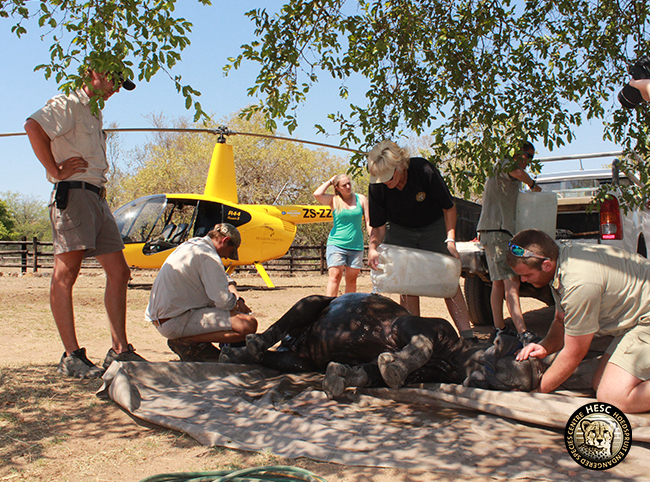 Space was made in Gertjie and Matimba’s hut, and the traumatised baby was soon moved to his new private quarters once his vital signs had been stabilised. 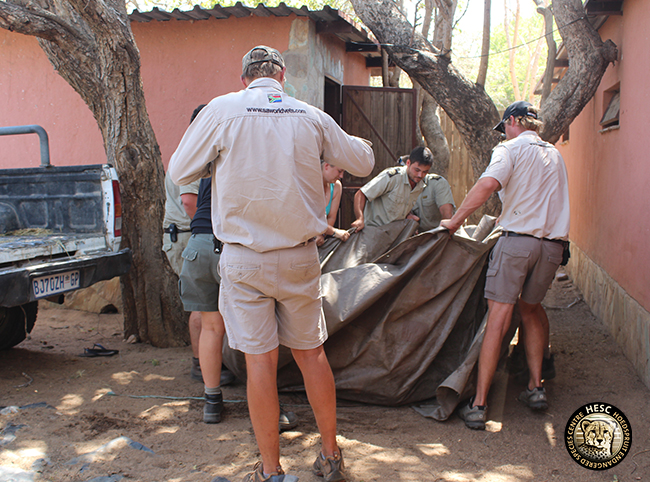 Stompie soon met Lammie, the sheep who acts as surrogate mother to young and defenseless animals. Lammie has already formed lasting bonds with both Gertjie and Matimba, HESC’s resident orphaned rhinos. She is now patiently waiting for her new charge to warm up to her, and is maintaining a safe distance from behind her protective barricade in the hut in the interim. Stompie is still very distressed, which is only natural considering the trauma he has endured. 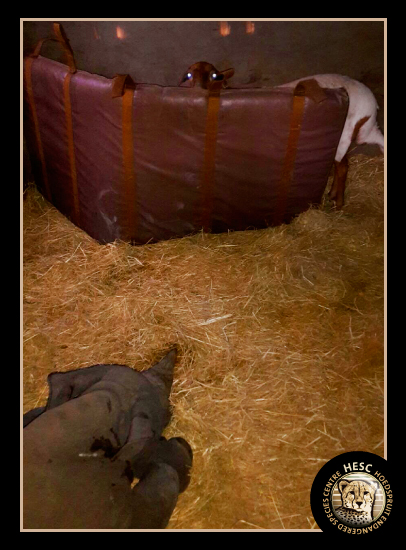 On his first night with us, the young rhino slept with his buttocks in the air. He was in very obvious pain, as his tail had been completely chewed off, and the tissue around his anus had been severely mauled. 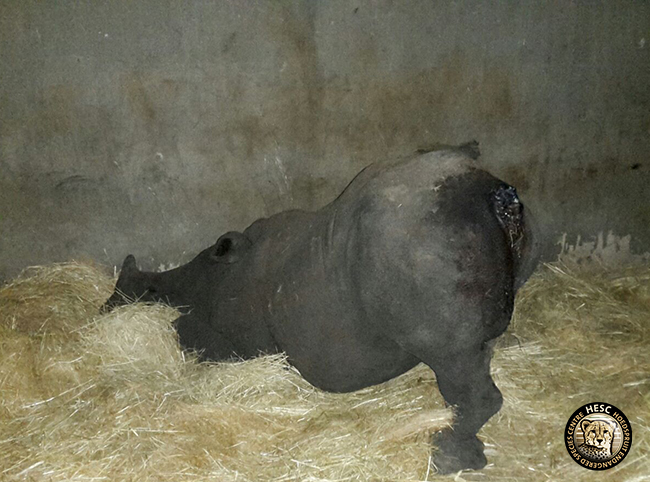 Dr Rogers arrived on Friday afternoon, 13th November, and performed reconstructive surgery to Stompie’s hindquarters. The wound had become slightly infected, and extended all the way into the rhino’s rectum. It was cleaned up and stitched back together, and Dr. Rogers also gave the young rhino an enema to relieve his discomfort. 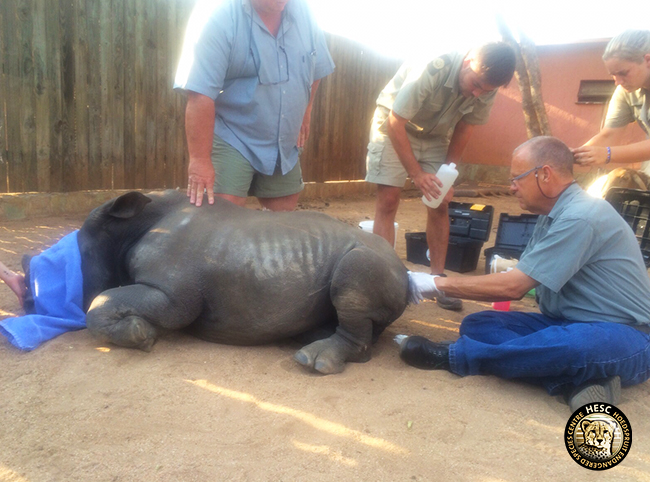 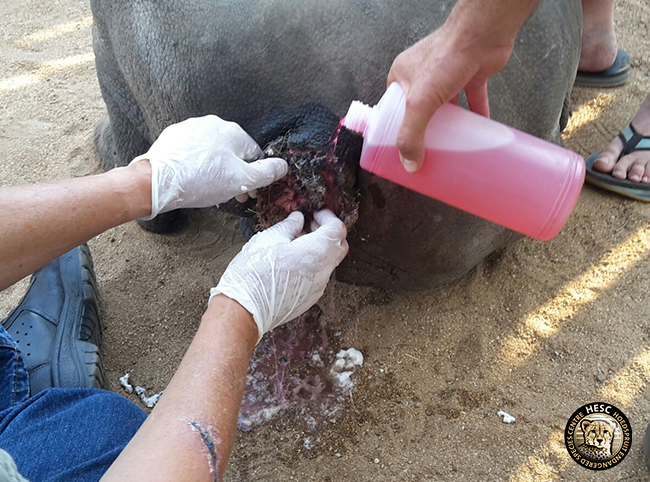 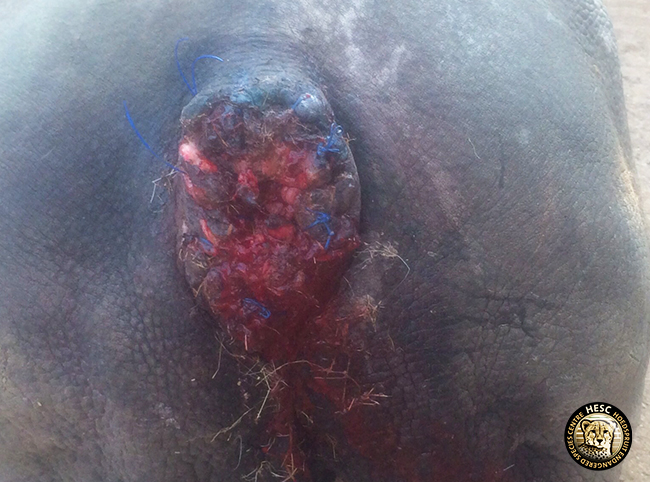 We are very happy to report that the procedure went well, and Stompie was very obviously immediately relieved. In fact, he took to a water trough to cool himself off!

Although it is still very early days, and is far too soon to anticipate a particular outcome, we remain hopeful that Stompie will make a full recovery, and be rehabilitated as successfully as Gertjie and Matimba.

We will be sure to keep you posted. 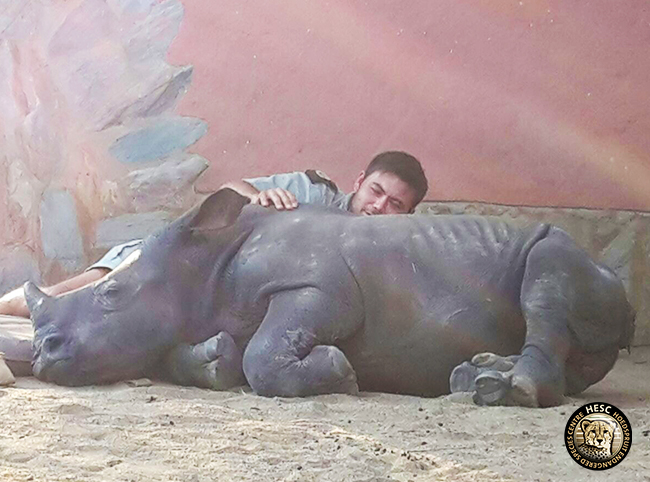 We leave you with a few pictures of the obvious bond that has formed between Christo and Stompie. We will restrict human contact with the young rhino, to enable him to assimilate to as natural a life as possible further down the line.

Dingle Dell's Five Year Journey at HESC, since her arrival in September 2018.