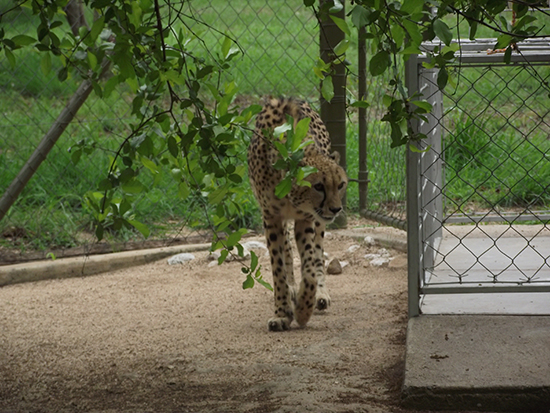 The female cheetah that was relocated to the Thanda Game Reserve in Hluhluwe at the end of October last year, was released into the wild on 28 of January 2013, after being quarantined for approximately three months.

Mrs Lente Roode said of the release: “I feel privileged that HESC could play a role in the release. The management of the wild population of cheetahs is a cause that is very dear to my heart. Humans must protect the genetic pool, and therefore HESC strives to ensure the preservation of the species.”

Read more about this remarkable release.

The Miss Deaf SA 2011 finalists are coming to visit