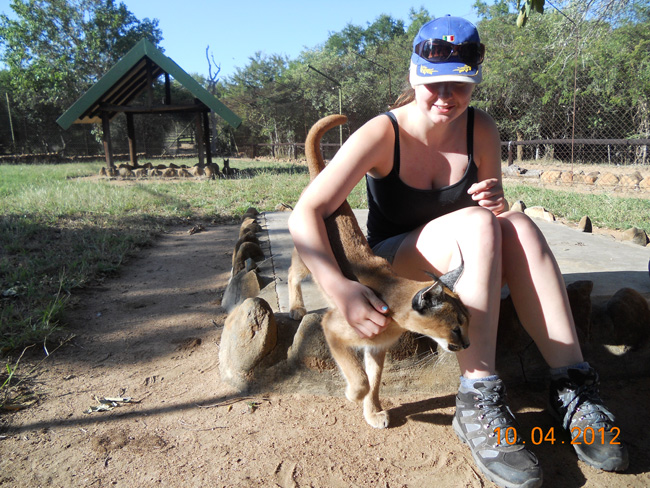 Becca playing with the caracal

For the first few days we got into the routine of feeding all the animals, including butchering the massive chunks of meat for the cheetahs.Â For our first activity, we flew in microlight planes, and got a birds’ eye view of lions, buffalo, wildebeest and giraffe. 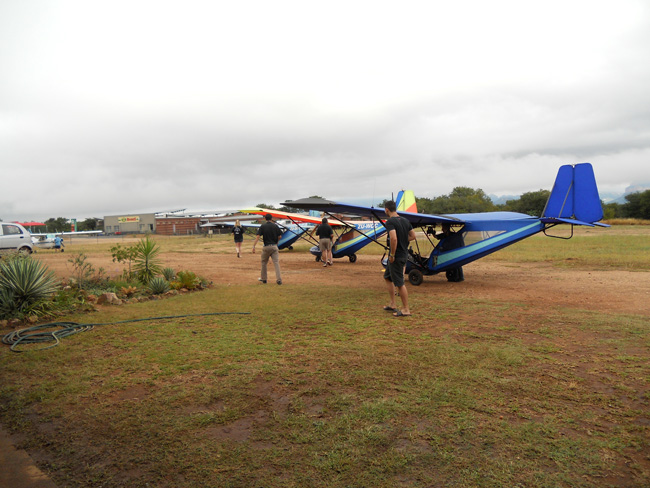 The microlights in Hoedspruit

One of the highlights so far was on the first day, when we got to help move some adult lions to a bigger enclosure. It was really hard work but it was amazing to be so close to them, even though they were sedated. 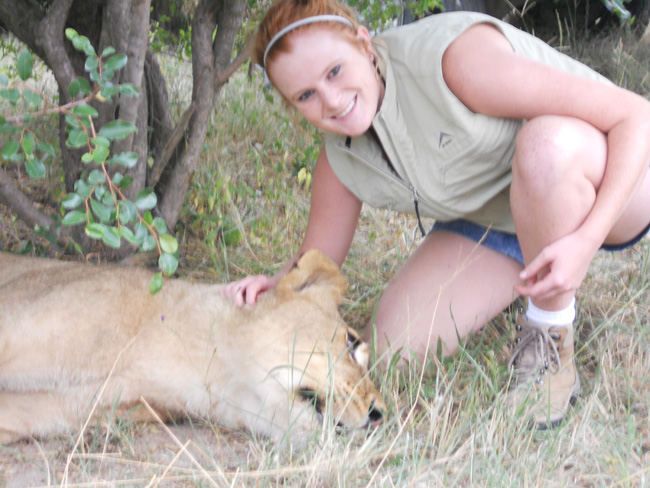 Jess with a lioness 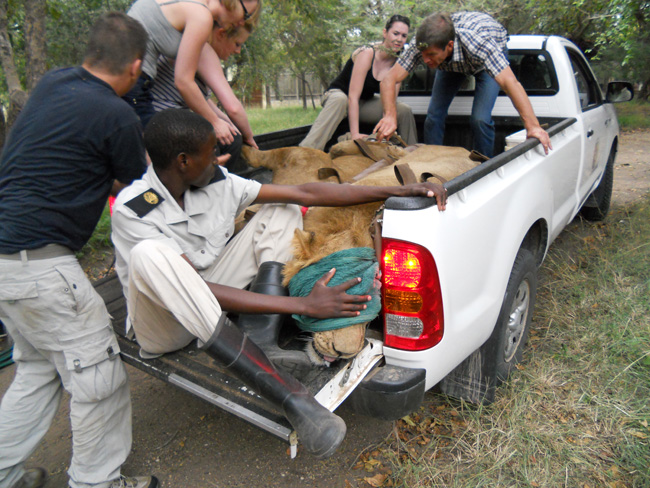 Students helping the vet to move the lions

We also took a boat trip to Blyde River Canyon, and saw the weeping face waterfall. We had a chance to go into the enclosure with Savannah, the serval, who is so cute and friendly.
They took Tiaan for some exercise on the cheetah lure system, and afterwards he got rewarded with a nice big piece of meat. 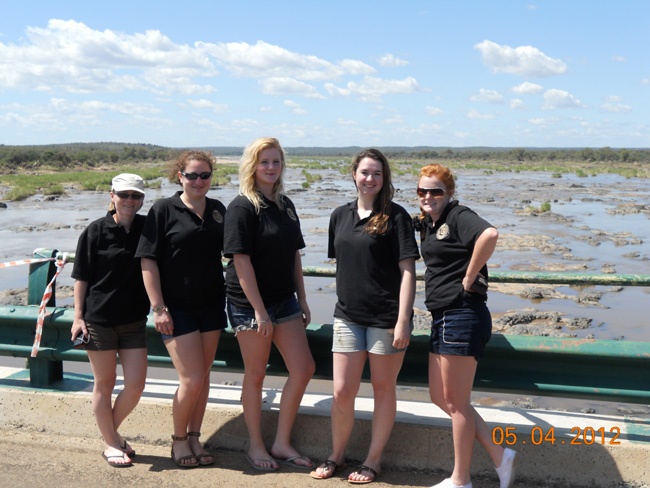 Students on the Olifants Brug (bridge) at the Kruger National Park

The second week was incredibly busy with work and activities. We started the week with a trip to the Kruger National Park, where we managed to see all of the Big Five, apart from lions, although we did get to see a lioness and her cubs on the night game drive on Kapama Game Reserve. 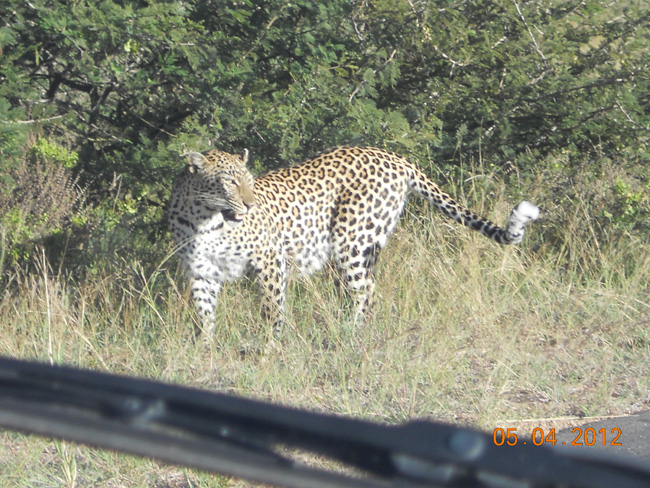 Leopard in the Kruger National Park…awesome!

Unloading the meat truck was a bit of a …….. experience. For the weekend activity we chose to do “zip-lining” and “geckoing”. Geckoing was amazing, although sometimes a bit scary, especially the nine-metre jump! 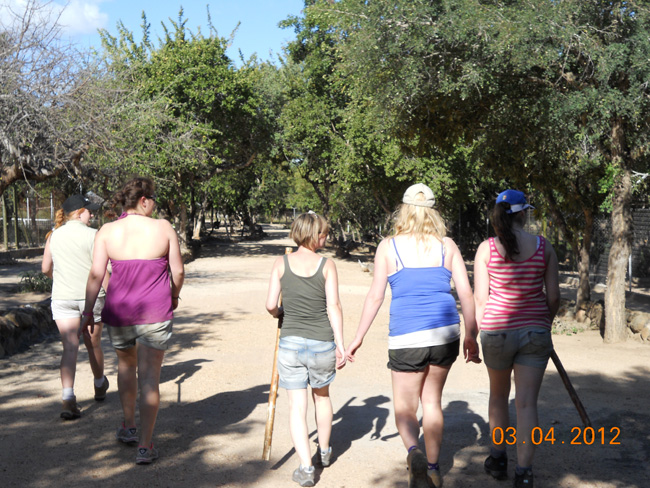 Students on a mission to help move the cheetahs

The most tiring day was when we helped move five pregnant cheetahs. They were so heavy and we had to try and keep the crate completely level. After our crash-course in bush survival, we slept out overnight. Some of the guides stayed with us to make sure we didnâ€™t get eaten! We visited the Khamai Reptile Park and learnt loads about snakes and reptiles. Our guide, Given, showed us that even the most venomous, aggressive snakes wonâ€™t attack unless provoked.

That’s it for now!

From all of us at HESC, and our six students.

The Student Programme adopts a school