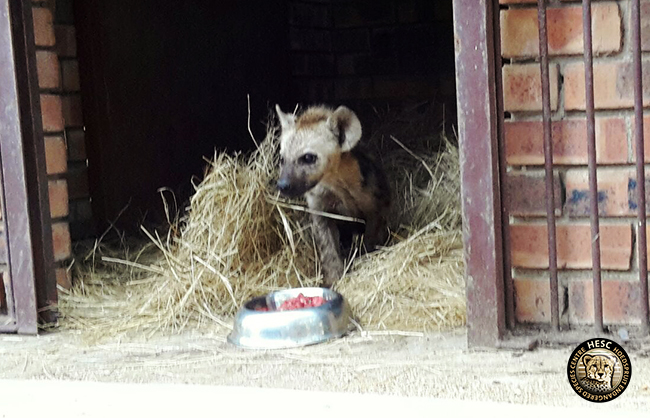 The Hoedspruit Endangered Species Centre (HESC) has a well-equipped veterinary facility with hospital and quarantine sections, which means we are able to look after a variety of orphaned or physically compromised animals. One such case is a baby hyena that was brought to HESC at the end of December last year. This little one was found on the porch of a Balule shareholder’s house and is estimated to be about three months old.

The initial reaction was to search for other hyenas or a den with more cubs in the vicinity so he could be reunited with his family, but unfortunately none were found.

He had actually been spotted for about two weeks prior to his discovery, and was fed bones, impala, ox liver, chicken, rump and milk; before it was decided to bring him to HESC for temporary care. 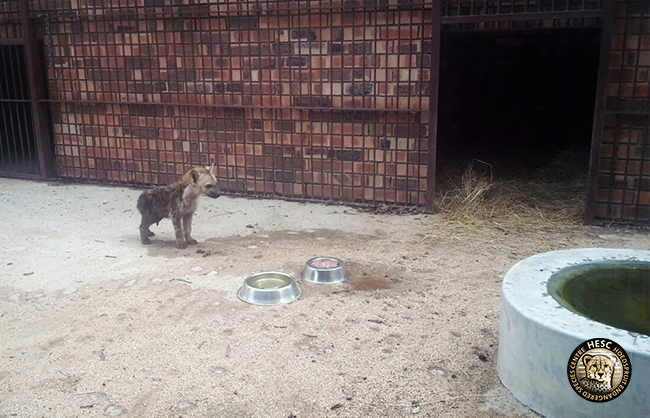 We are not giving him any milk, as minimal handling reduces the risk of human imprint – we don’t want to compromise his reintroduction back to the wild. At present he is only being fed mince and bones.

As we are only temporary guardians of this little one, all decisions about his future are out of our hands. We know there are plans to release him back to the wild, but are not privy to the specifics. The authorities from Balule will be making the final decision.

We are happy to be able to assist in making this little one as comfortable as we possibly can, while he’s in our care.