The blue crane (Anthropoides paradiseus) is well known as the national bird of South Africa and its image is seen on official documents, stamps and coins. With its graceful neck and long, flowing tertial wing feathers that drape on the ground the blue crane is a most elegant bird. Males and females look alike. Blue cranes are endemic to southern Africa and have the smallest geographic range of all crane species. Although a ground-dwelling bird, it can fly at speeds of 60 – 70 km/hour, often in large V-formations.

The blue crane is also known as the Stanley or paradise crane, and in local South African languages as the bloukraanvoël (Afrikaans), indwe (amaXhosa and Zulu), or mogolodi (Sepedi). Globally the 15 existing crane species are among the most threatened birds. 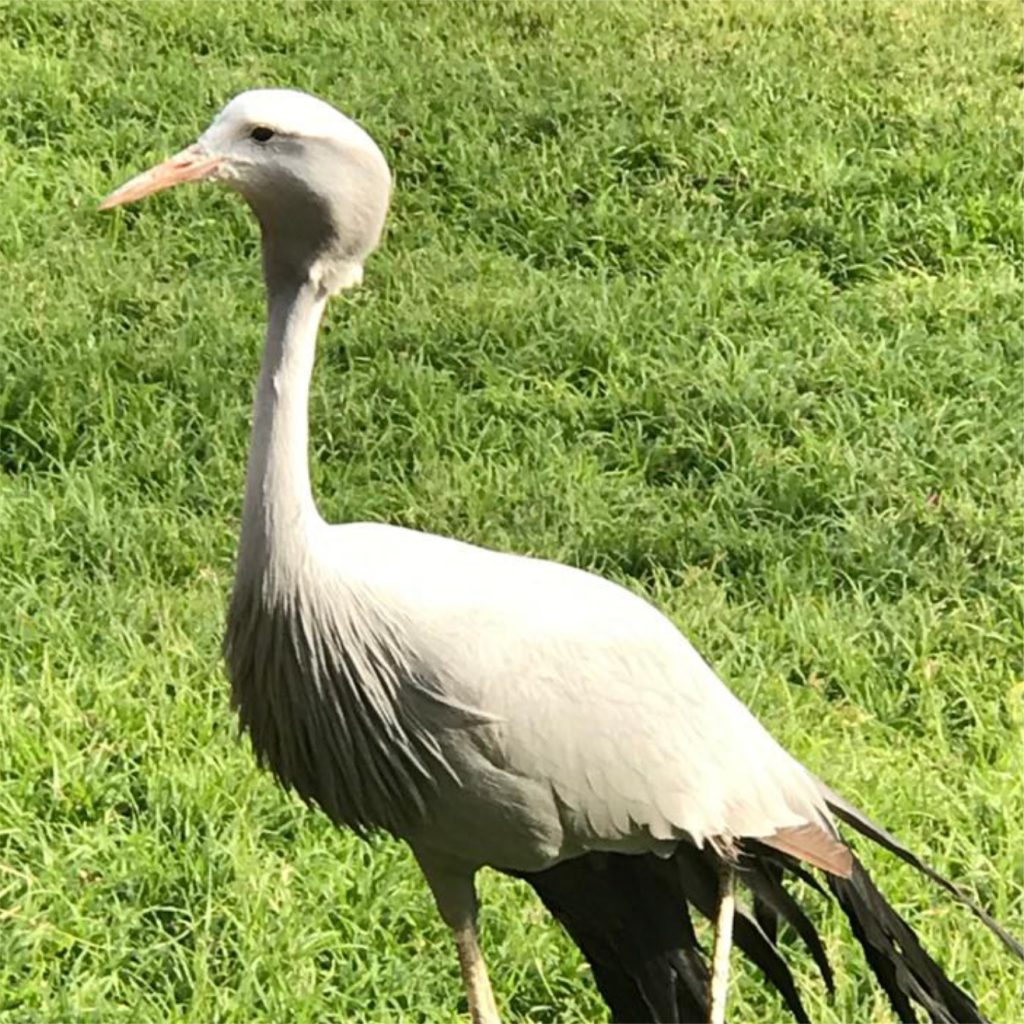 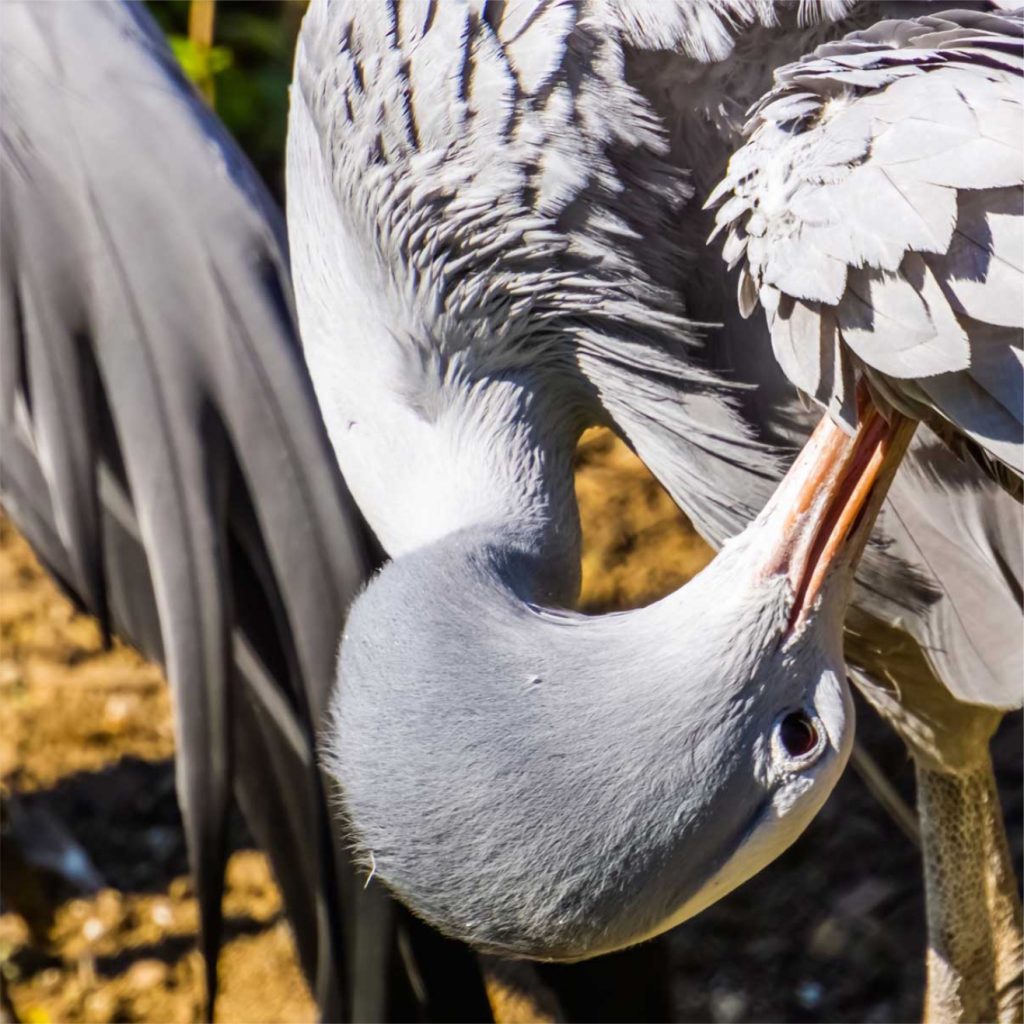 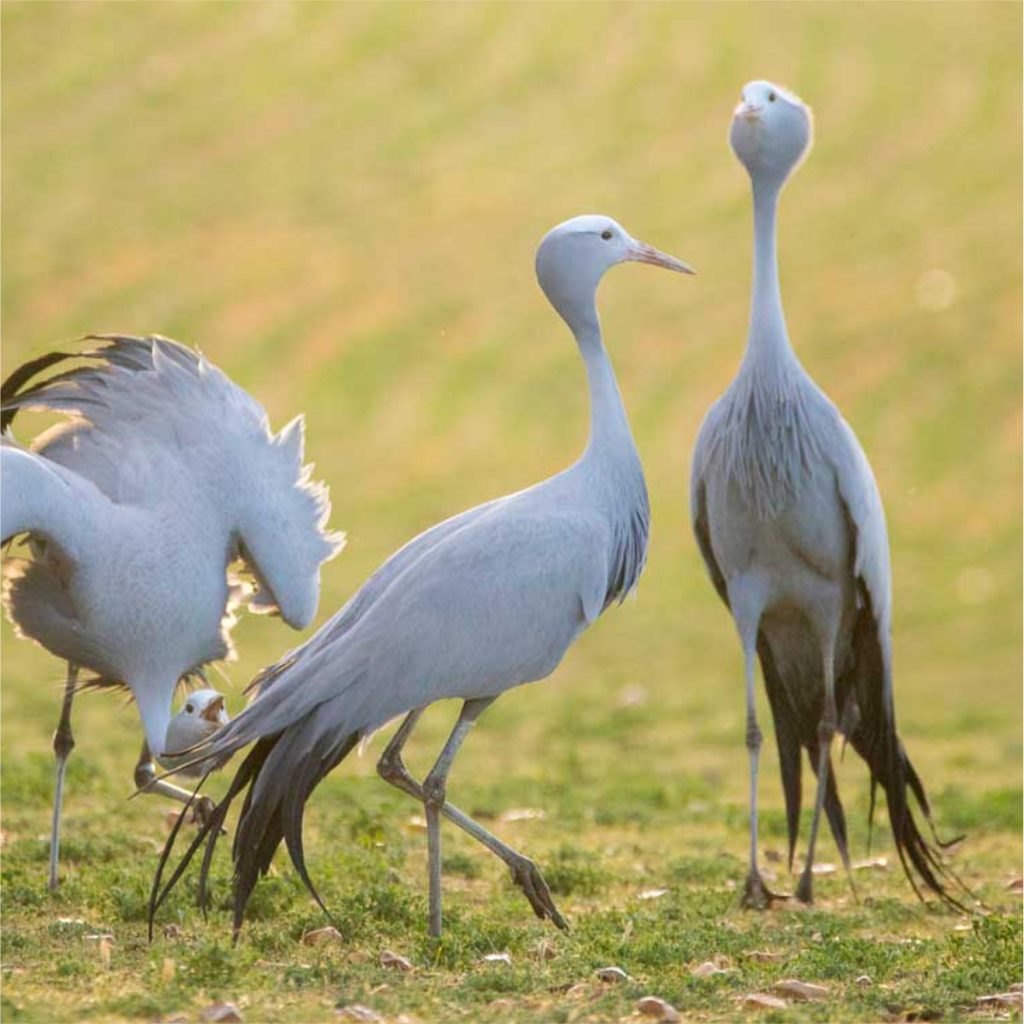