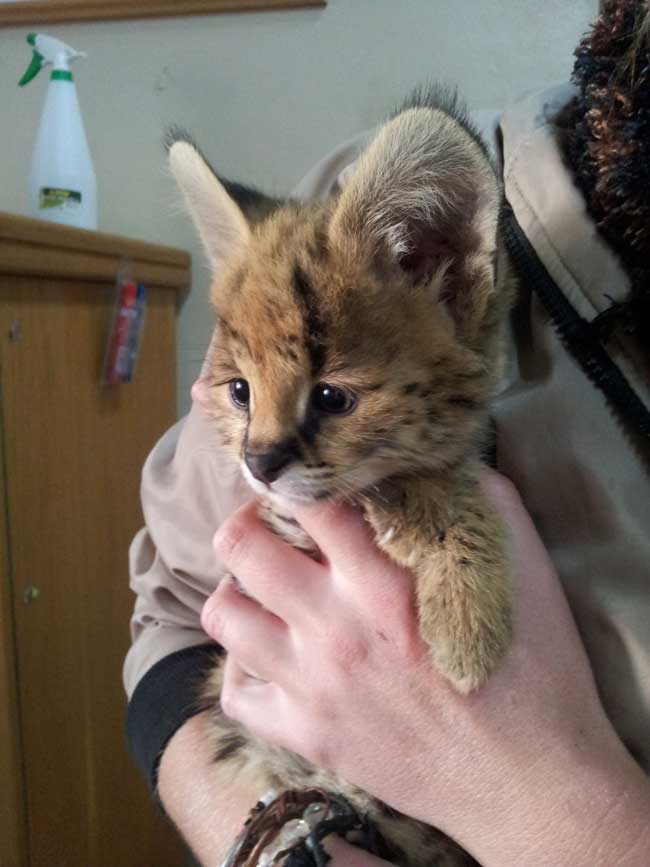 On the 20th June 2013 a Mr. Pieter Strauss phoned the Hoedspruit Endangered Species Centre (HESC) regarding a female serval kitten. He explained that there was a veld fire, and a mom serval had tried to cross the road with her kitten. Unfortunately the mom was hit by a car, and the little one was left stranded in the middle of the road. Mr. Strauss picked up the baby and took it home.

Knowing that this was a wild animal which required specialised care, he brought the little ball of fur to the Centre. When the Strauss family arrived, we couldn’t believe how loveable “Bubbles” (as they had named her) was. We weighed her and worked out just how much milk to give her.

After a day of trying to give her milk, we decided to mix her milk with a little bit of soft kitten food, as in the wild she would have started to consume solid foods. It was like giving ice-cream to a toddler – a mess, but amazing.

We then started to introduce small pieces of meat, and she now loves playing with the occasional rat or two.

Bubbles has stolen the hearts of everyone at the Centre, and will be an ambassador for the serval – just like Savannah.

We would just like to say thank you to the Strauss family for doing the right thing by bringing her to the Centre. We will give her the proper care to ensure her healthy survival. 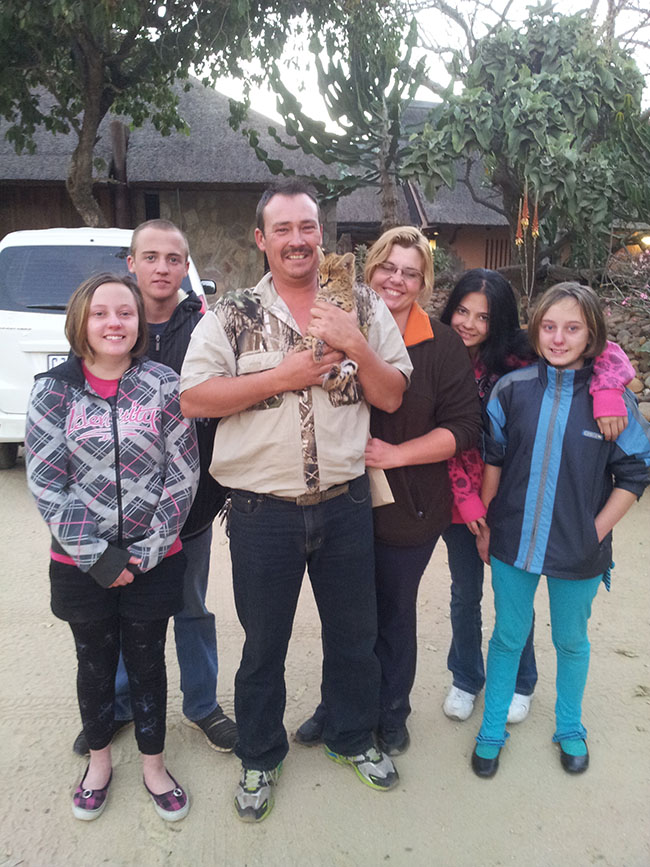 Seen here is the Strauss family with Bubbles the serval kitten