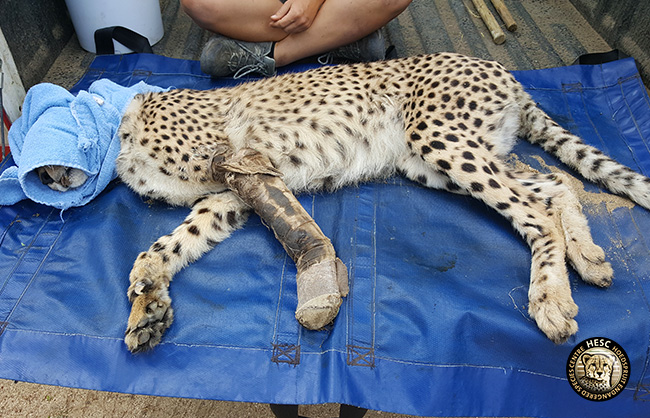 At the beginning of November last year, we noticed that something wasn’t quite right with one of our cheetah cubs Tara, as she wasn’t putting any weight on one of her forelegs. Dr Rogers took her for X-rays at Provet and the reason for the odd behaviour was discovered to be a broken humerus bone. How this happened we are not exactly sure. 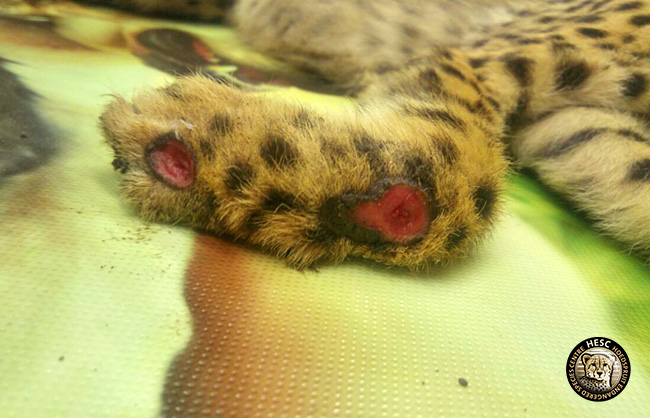 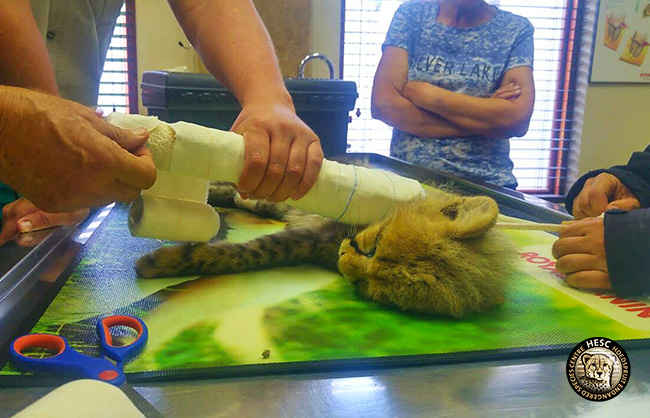 A splint was put on the leg to keep it in place, but Tara also needed a pin fitted to help mend the bone – a procedure that could only be done in Phalaborwa. A few days after the splint was put on her leg, Tara was taken to Phalaborwa where Dr Rogers and Dr Sampie performed the procedure.
After a successful pin placement, it was left in for a month for the bone to properly heal. Tara was then transported back to Dr Sampie in Phalaborwa to have the pin removed before returning to the centre where she was closely monitored. 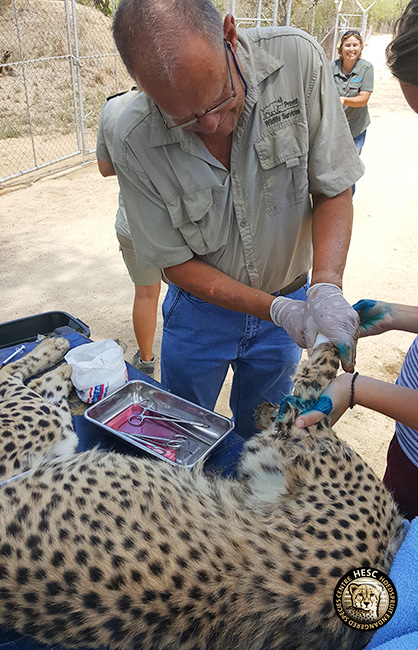 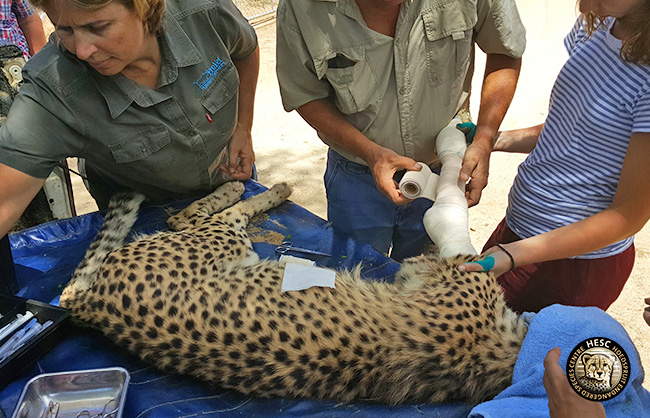 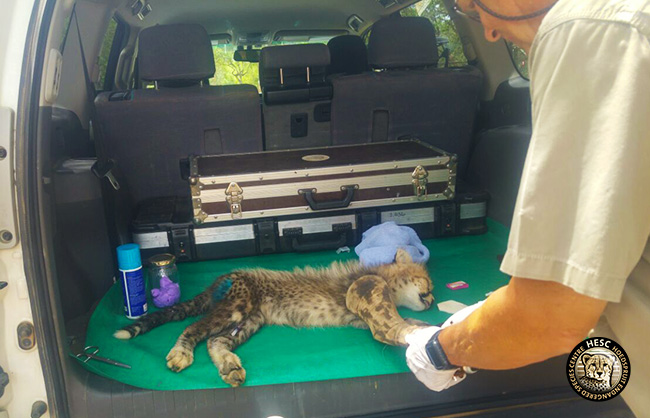 In January this year, we took her back to Provet for X-rays to see if everything was healing as it should. While the bone was healing, she was walking skew on her foot – which could have been the result of a torn tendon. To ensure the foot is kept at the right angle a splint was again inserted.
The decision was made to leave the splint on for as long as possible to ensure normal use of the foot. Two months later, Dr Rogers inspected the leg and replaced the old splint with a new one. Shortly afterwards we noticed that pressure sores had developed from the splint and these were immediately treated. The next few treatments involved replacing bandages and inspecting the leg, and by August this year the leg was healed and the last bandages were removed. 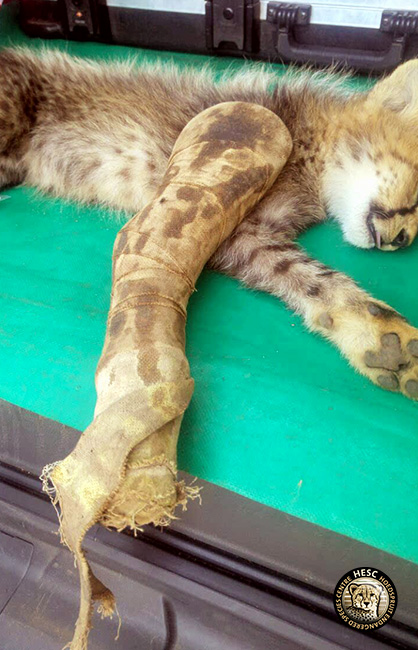 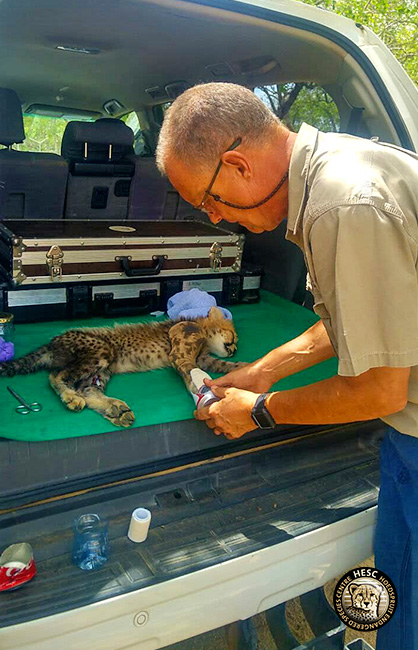 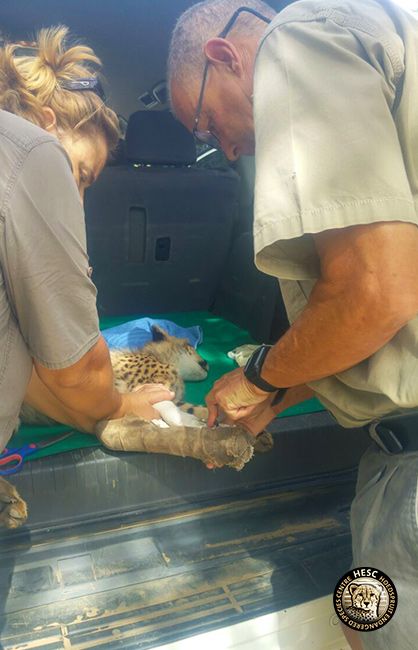 Unfortunately with all the bandages on Tara’s leg she started to overcompensate on the opposite leg. This caused pressure sores, which are now being treated. Dr Rogers will be back to check on the young cheetah soon.

The removal of Skillie the Tortoise's tumour from his neck