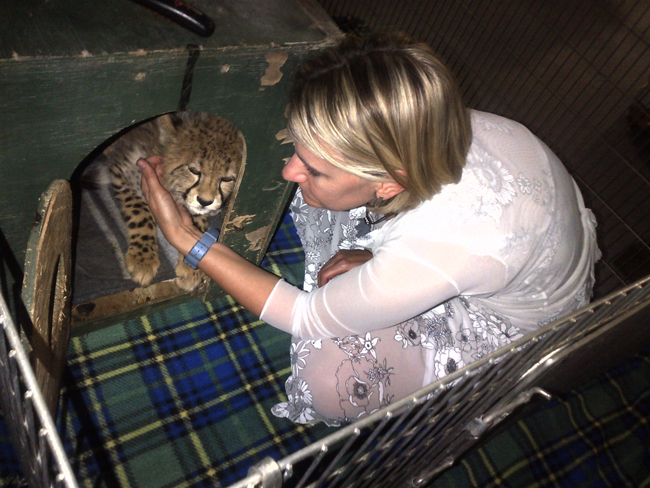 At the beginning of September, MaryJane, cub of Rosalina (mother) and Martin (father), fell out of a tree while playing with her siblings. Unfortunately her leg was caught in the branches as she fell, causing an ugly break of her hindleg, as well as torn and bruised muscles and ligaments. 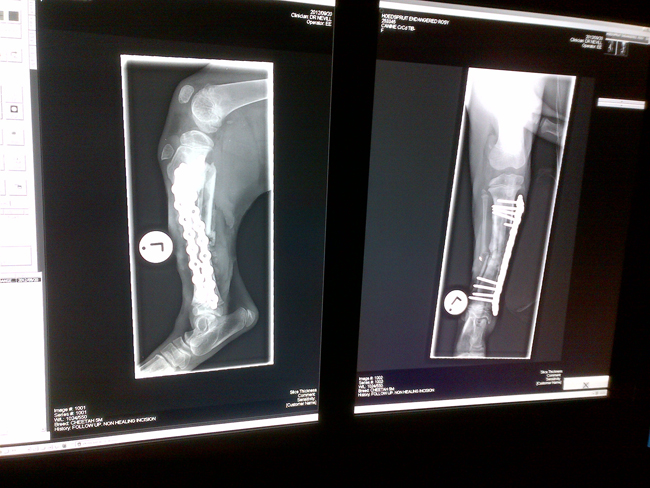 The X-ray on the right clearly shows the fracture site 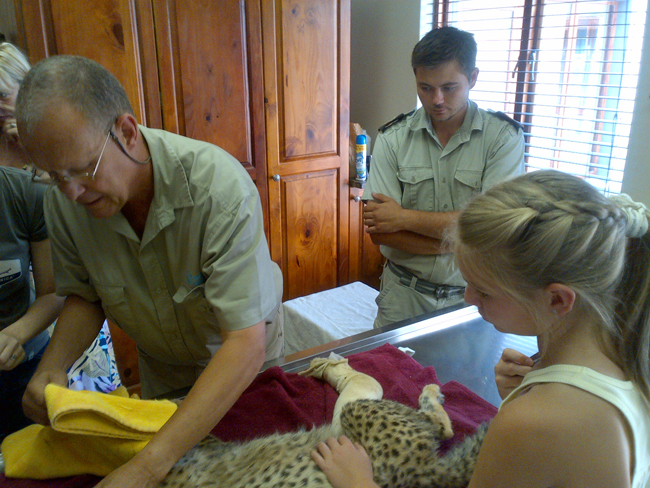 MaryJane gets treated in Hoedspruit

Dr Ras in Phalaborwa performed surgery, inserting a plate, but due to the severity of the fracture, the wound soon became septic. Mrs Lente Roode decided that it would be best for curator, Christo Schreiber, to take MaryJane to Onderspoort Veterinary Hospital in Pretoria, where she would have access to the best veterinary care in the country. 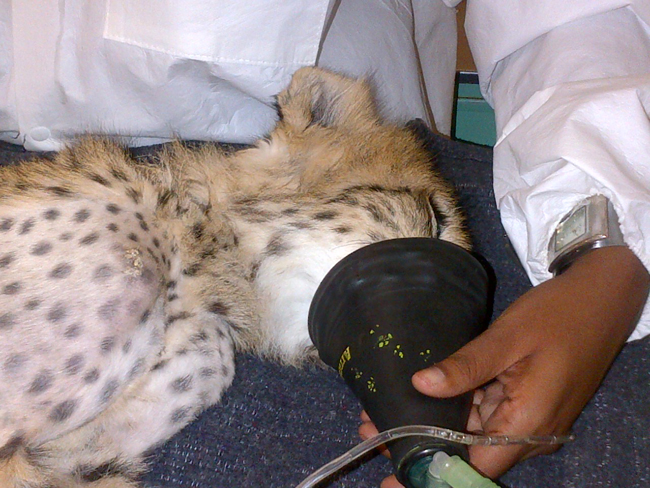 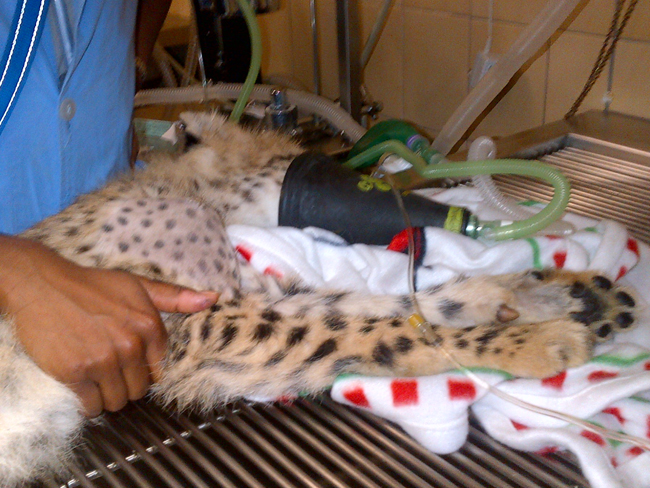 On the operating table

Surgeon, Dr Bruce Neville, operated on her on the 6th of September. A new plate was inserted, and a skin graft performed. Unfortunately the skin was rejected by the body, and all the skin, including the healthy skin, died off in the two weeks that followed. Every second day the wound was thoroughly cleaned, and new drapings and bandages covered the opened wound. 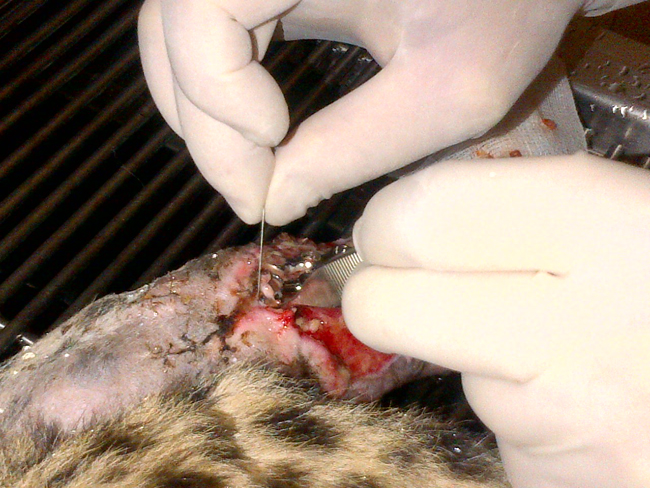 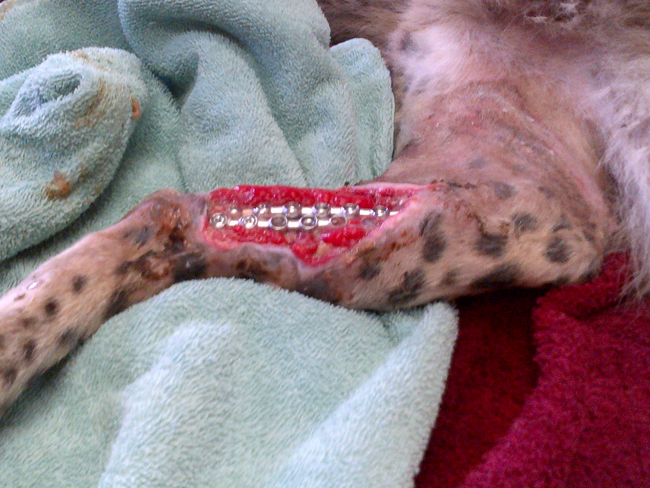 The wonders of technology 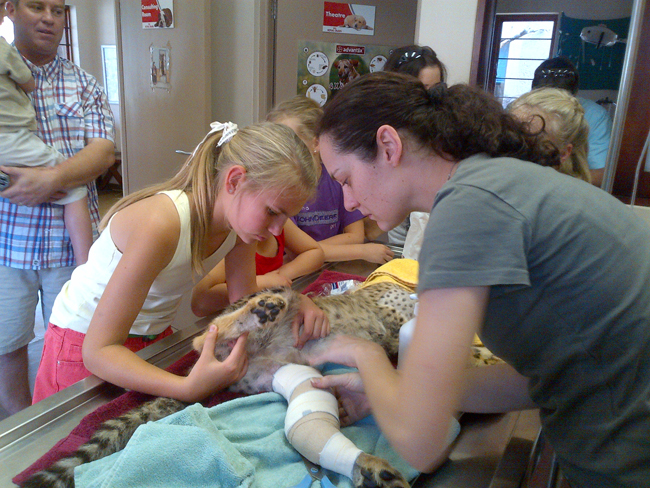 MaryJane was in immense pain, and didn’t eat for the first few days following surgery. We were worried that her condition would deteriorate, causing further complications. Mrs Roode had to leave Pretoria to attend US Friends of HESC‘s fundraising events in New York, and I had to take over. It was rewarding to work with MaryJane. She is a wild cub, but in time she started to trust me, eating out of my hand and enjoying being scratched on the head and ears. Her open wound is healing nicely, and new flesh is beginning to grow. She is now back in Hoedspruit, staying at the hospital at HESC, where Dr Rogers attends toÂ  the cleaning of the wound on a regular basis. Dr Neville at Onderstepoort will decide in two weeks time what the next procedure will be. The good news is that MaryJane is now beginning to stand on her injured leg. 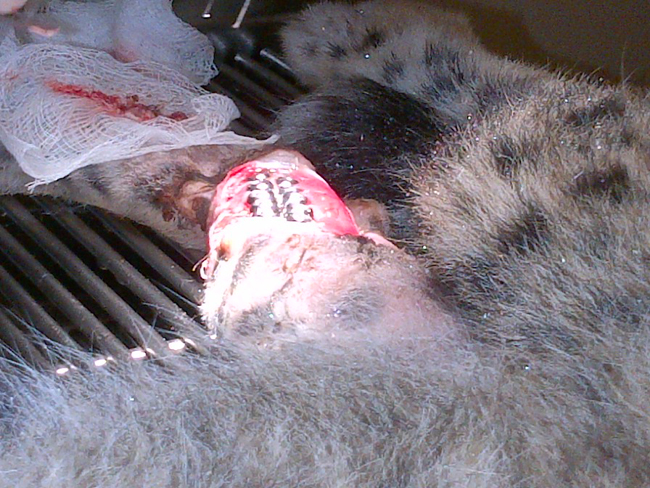 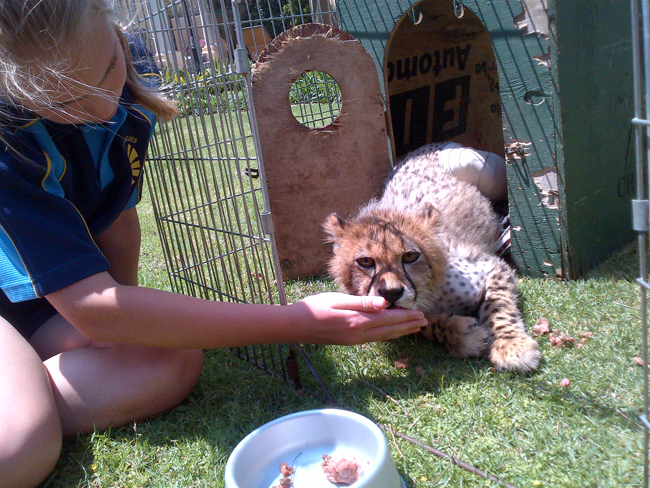 MaryJane after her surgery at Onderstepoort Veterinary Hospital, Pretoria

I would like to thank Dr Bruce Neville and his team for the care and assistance with MaryJane. Unfortunately, she will not be reunited with her siblings until her wound is totally healed, and the chance of infection is no longer an issue.

Going forward, MaryJane will not be released into the wild with the other cubs due to her injury. HESC will continue to take great care of her. She is such an amazing creature, teaching us all about the trust that can be built between man and animal.

I miss taking care of MaryJane, but will be at HESC next week, and will see her then. Christo confirmed to me this morning that this feisty cub is still eating well, and receives her head scratch from him too.

The photos were taken during the course of her treatment over the past 2 weeks, and you can see the improvement and new “flesh”. Seeing the satin red flesh is the best thing on earth, as it show encouraging signs of the wound healing.