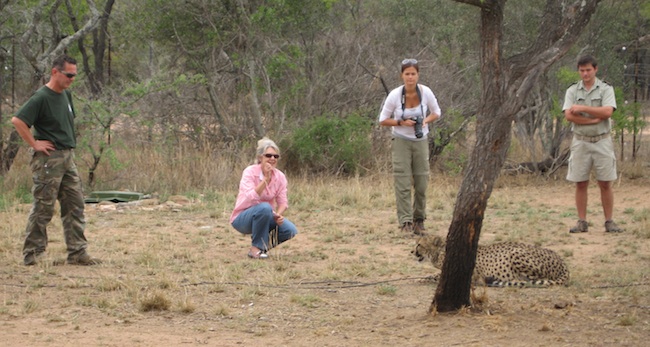 Earlier this year HESC went to Mountain Zebra National Park in Cradock, Graaf-Reinet to fetch five cheetahs that were due to be relocated to the Blue Canyon Conservancy in Hoedspruit.

The adult female (age unknown) and her three 18-month-old cubs (one male and two females) were brought to the Centre along with a four-year-old adult male.

A month later we collected another adult female, as well as two males that formed part of a coalition with the male weâ€™d collected earlier. They were kept in quarantine at HESC for a few more months to adjust to the climate, but also to ensure that they were parasite free.

One of the adult males subsequently bonded with the younger male cub. The pair was then taken to the Blue Canyon Conservancy in August, where they were released into a holding boma for a further two months so that they could adjust to their new environment.

We’re happy to announce that they were finally set free on Thursday the 27 October 2011. The adult female without cubs has since been taken to the same enclosure that the two boys temporarily stayed in, and is set to be released in a few weeks time. Click here to see more photos of the release.