Rhinos are being poached at an alarming rate of three a day.  HESC is currently de-horning their Rhinos to halter the temptation and keep poachers at bay. Rhino horn is now worth more than gold.
Here are general questions and facts about HESC de-horning
1. Why are rhinos de-horned at HESC?
We de-horn our rhinos to try and deter poachers from targeting the centre.  We are public with our rhinos and we want to ensure that, should a potential poacher come on one of our tours, they will see that the horn is absent and not plan an attack.
2. What other measures of safety/precaution are taken against poaching at HESC?
All our rhino enclosures are surrounded with electrical fencing. A dedicated Anti-Poaching team that is trained to handle any situation that might arise is on call.  They also work closely with our K9 unit, which consist of highly trained tracking and attacking dogs.
3. Has there ever been an attempt on the rhinos at HESC?
We have had a few situations which could have ended badly should we not have had the measures in place that we do.  Luckily our rhinos have not had a direct impact from any attempts in the past.
4. What do you do with the horn after the rhino has been de-horned?
Due to the sensitive nature we do not disclose this information, what can be said is that it is removed from the property immediately.
5. How often does a rhino have to be de-horned?
To be an effective tool in preventing poaching, it is recommended that a rhino is de-horned every 12 to 24 months.
6. Can a de-horned rhino be released?
It is possible to release a de-horned rhino into an area that is involved in de-horning. Releasing de-horned rhinos with horned rhinos, may put them at a disadvantage.  The reason for this is they may not be able to face off with other rhinos for territory and mating.
7. Does de-horning affect the rhino in any way?
Physically the rhino feels no pain when de-horning takes place. It is carefully measured where the cut will be done to prevent any damage or pain to the rhino.
8. How will the rhino survive in the wild without a horn?
As mentioned it is better to release the rhino into an area with de-horned rhinos to allow for the same chance of survival as the rest.
9. What does the process involve to de-horn a rhino?
Once a date is decided, the vet will come in and the rhino will be darted.  Once the rhino is down it is stabilized and its eyes and ears ore covered to prevent stress from the noise and activity around it. Using a marker the point of the cut is marked and the horn is removed horizontally with a chainsaw.  The stump is then trimmed for any excess horn and smoothed out.  The rhino is then woken and monitored to ensure no side effects from the procedure.
10. What are the costs involved to de-horn a rhino?
A de-horning session costs R10 000.00. 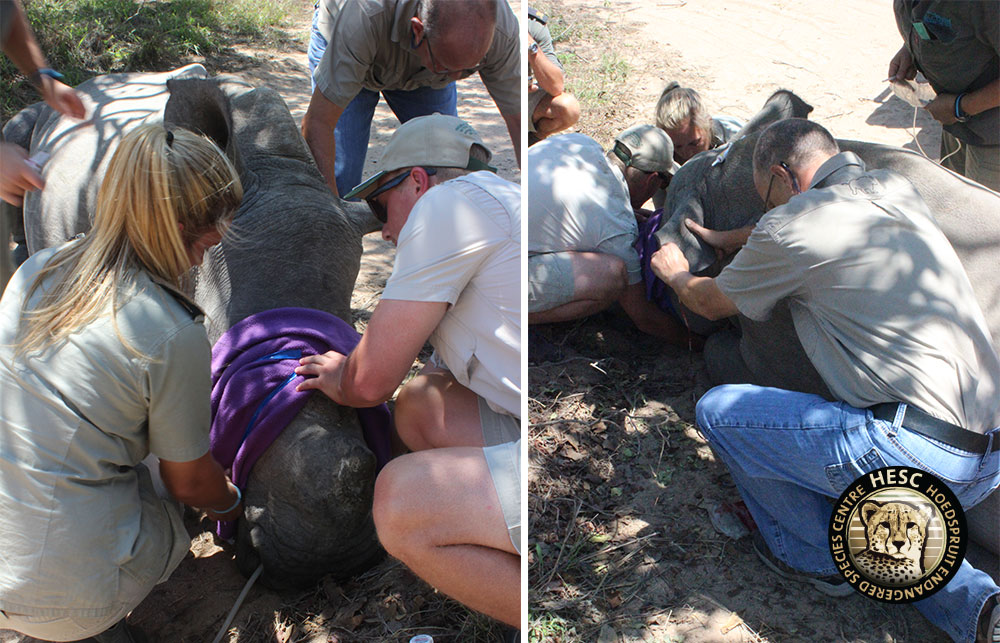 Philippe’s de-horning
HOW CAN I GET INVOLVED?
We open a de-horning session to groups of 10 or less people to attend.  The cost for the group is R10 000.00 that contributes to the de-horning process which covers costs associated with the procedure. 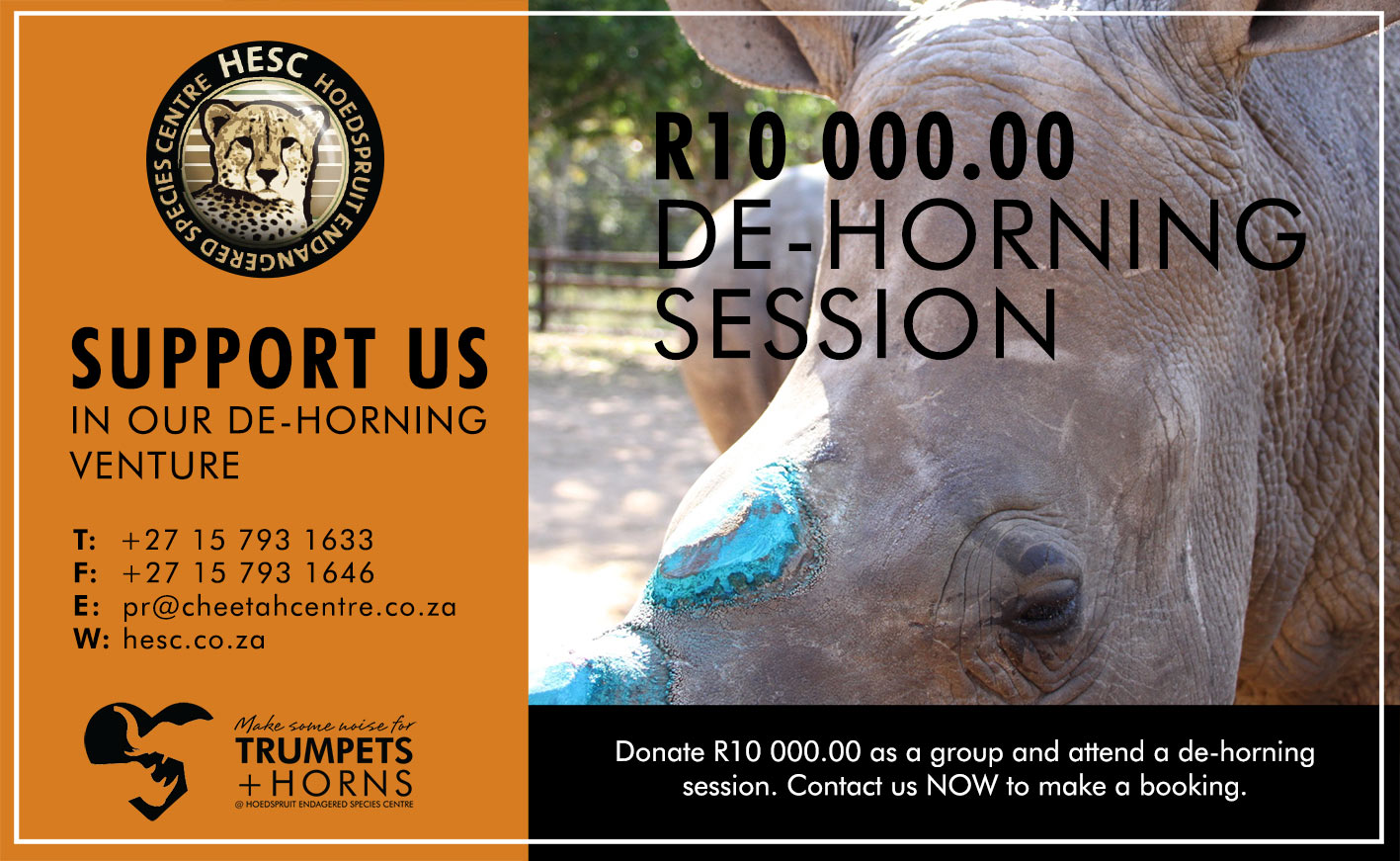