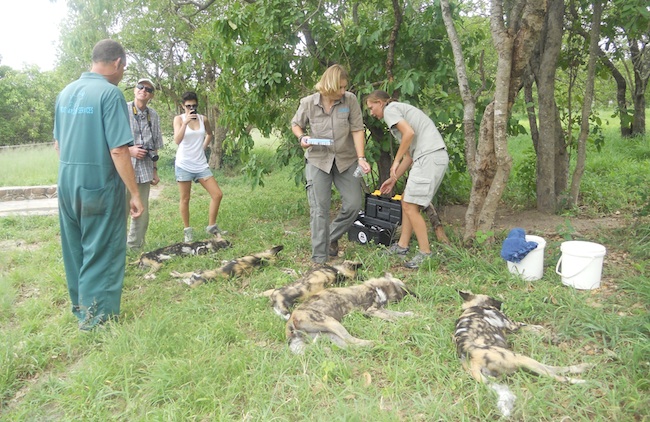 Since we introduced our latest intake of students, we’ve had another three arrive. So far we’ve managed to coax an update out of Renuka and Ana. It seems the others are all too busy chopping up meat and getting to know the Centre’s younger residents to write down their experiences. And with cheetah cubs as cute as ours, who can blame them? This is also a very busy time at HESC, so we unfortunately won’t have time to post another update until the New Year. We’d like to take this opportunity to wish you all a fantastic festive season, and we’ll see you in 2012.

I arrived here on Saturday to a warm welcome from Karen and Tabs, and later that evening I enjoyed my first South African braai. The smell of the African bush, along with a soothing wood fire and lions roaring in the background was just magical.  On Saturday some of us were taken on a tour through the Centre.  We were up early on Monday morning, as we had to prepare the meat for the big cats. Just as we finished a call came through asking us to go and help with the darting of some of the Wild dogs.  This was quite an experience.Â  We then fed the big cats, and later went back to collect the bones. We ended the day by feeding and playing with the six cheetah cubs. Beats a Monday at work in the UK anytime! 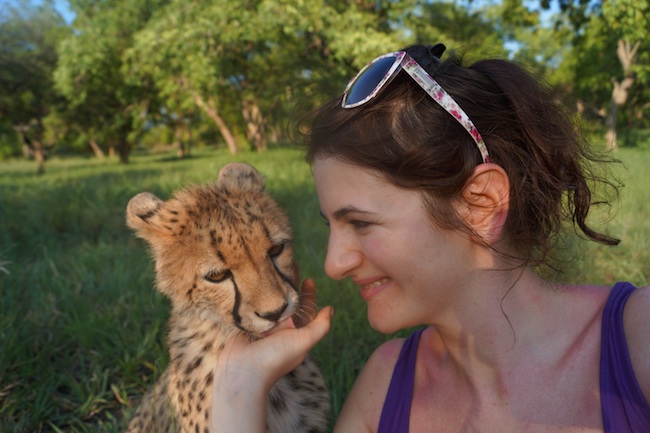 Anna with a cheetah cub

On our first day we enjoyed a trip to the cheetah centre and then had a nice braai in the evening. On Monday we started at 6am, preparing the meat for the big cats. Afterwards we went to find the darted Wild dogs and I helped carry them to the vehicle. We then went to feed the cheetahs, which was very nice. After the afternoon break we fed the lions, picked up the bones from the cheetahs, and threw them into the Vulture Restaurant. Then we went to feed the young cheetahs, which was definitely the highlight of the day!