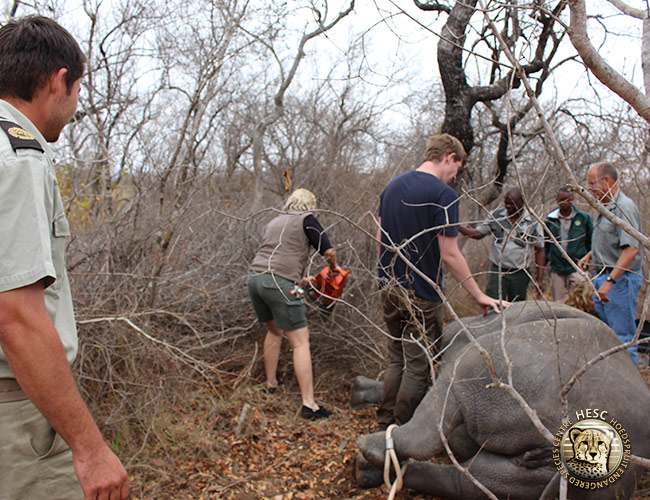 On a cloudy Wednesday morning, the veterinary team arrived with the objective of dehorning one of our larger rhino cows. Two years ago Dingle Dell and Lion’s Den endured a poaching attempt that left their faces brutally disfigured. Many months later their wounds have healed, and their horns are beginning to grow again. This has left us in a predicament, as any horn puts both of these precious rhinos in direct danger of being poached. We are not willing to take any risk with the lives of these two survivors, which is why we applied to have them both dehorned. 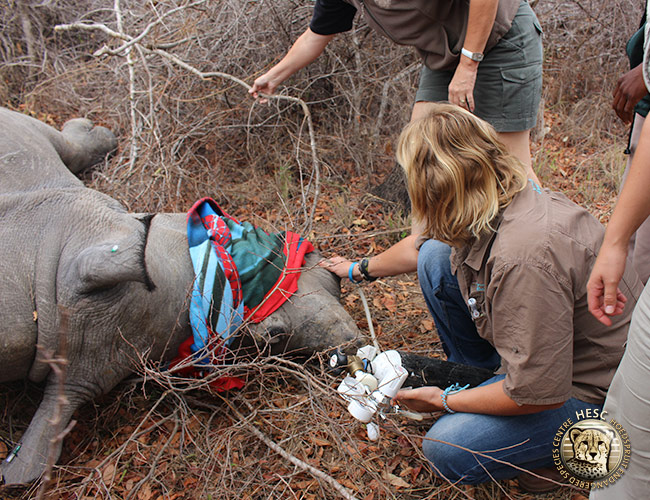 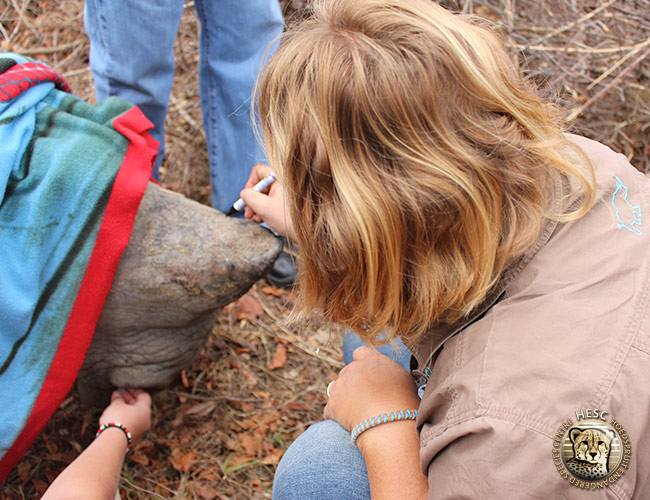 At about 9:00 the team drove into the rhino camp and began the process of finding and darting the rhino. Without too much trouble, Dingle Dell came to rest in the bushes. Lion’s Den was protective and stayed close by at first to make sure that her companion was safe. 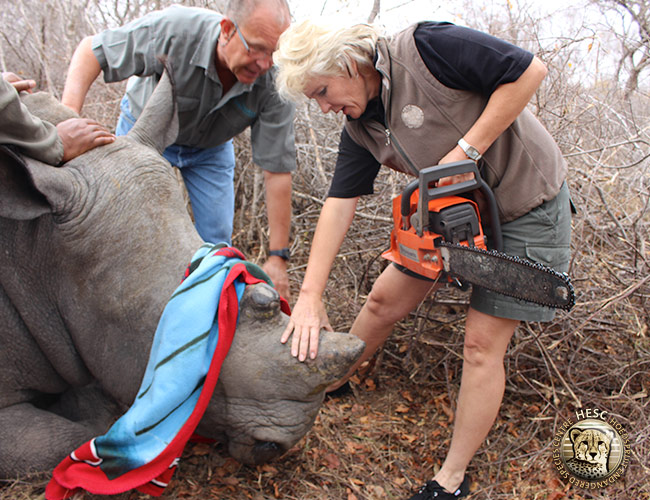 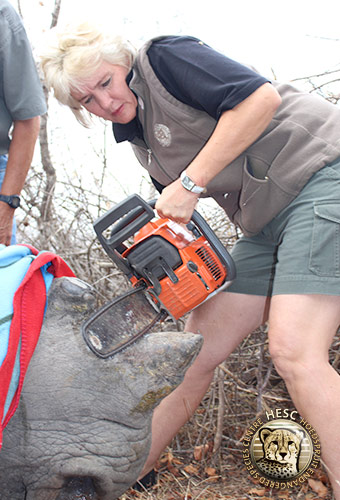 A chainsaw was brought in so that we could quickly remove the branches that were in the way to make space for Dingle Dell to be positioned in such a way that the team could move around her. While this was being done, oxygen was administered to Dingle Dell and her breathing monitored. Eye drops were also administered to ensure that her eyes didn’t dry out. 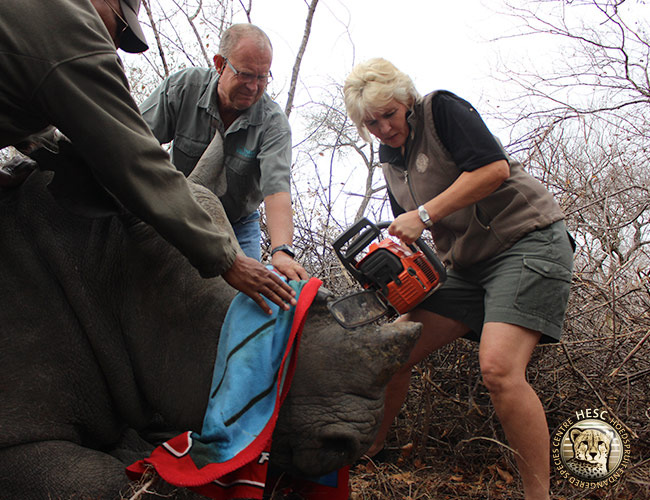 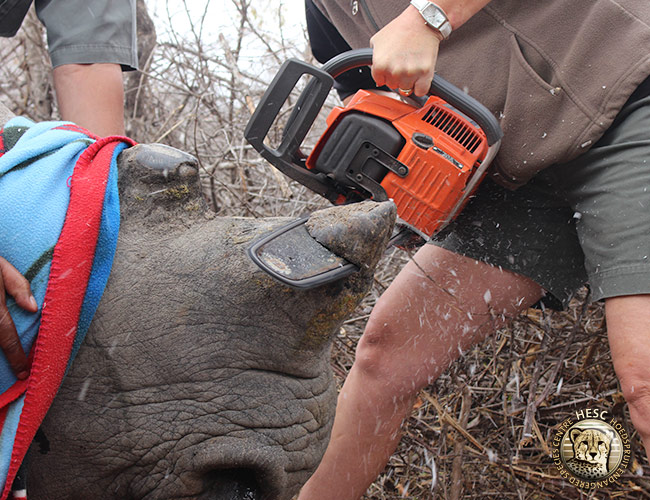 As quickly as possible, the team moved the rhino into position. Janelle, Dr. Rogers’ assistant, began marking where the horn would be cut off and a chainsaw was used to remove the small pieces of horn. A grinder was then used to smooth out the edges. Dingle Dell’s eyes were taped closed with a blanket to prevent dust from the horn from irritating them during the procedure. 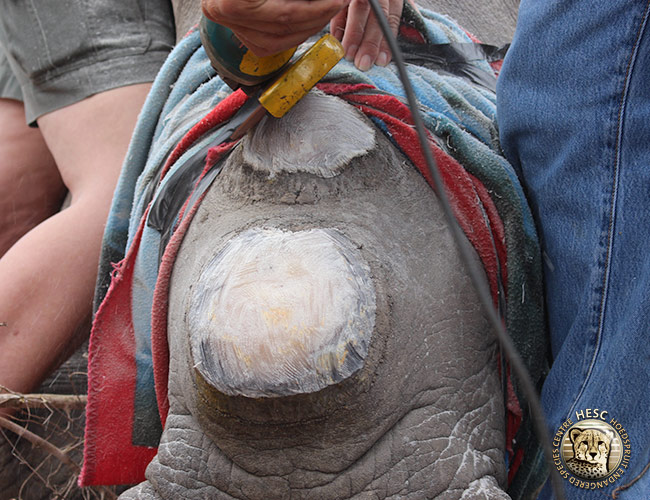 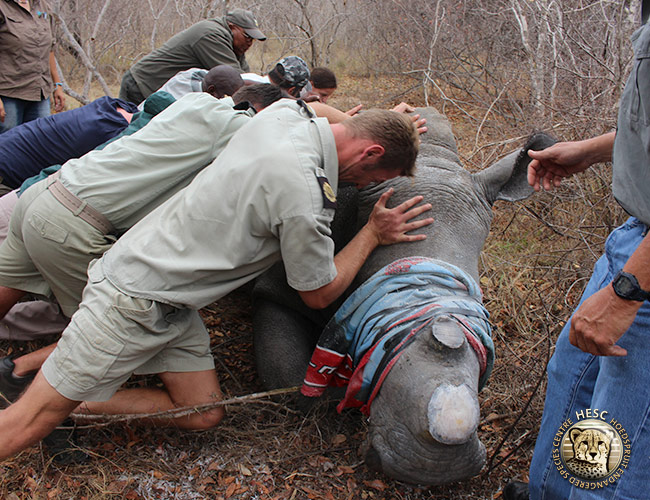 Following this, blue antibiotic spray was applied to the horn as a precautionary measure. Dingle Dell was administered the reversal drug, and in no time at all she wandered off into the bushes. 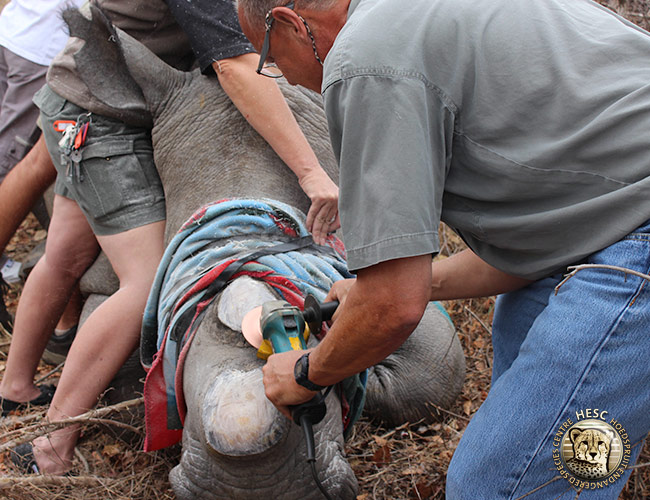 Cleaning and closing the Vulture Restaurant