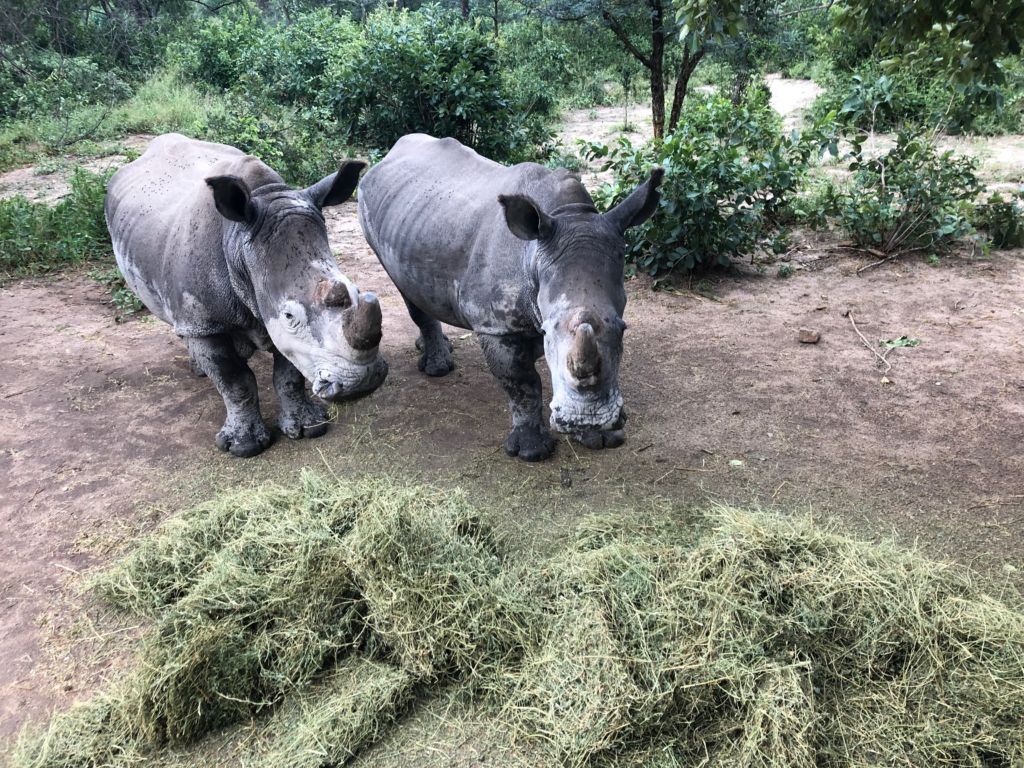 Do you know everything there is to know about rhinos?

Perhaps… perhaps not. These facts below are great not only to drop into the middle of a conversation on your next safari or dinner party; they’re also one way to better understand these unique animals.

As with much of nature and life, there is so much more than meets the eye when it comes to the rhinoceros. These fascinating creatures are more than their horns or poaching statistics. They have roamed the earth for far longer than we can fathom. We should be learning from them. Despite what we’re about to tell you about their brain size…

These wild prehistoric animals have complex characters and it’s through us learning more about them that they find a way into our hearts.

When we learn, we start to care, and when we care, we protect.

So bring these points up at the next game drive or boma braai. Get people to care.

RHINOS & OUR ROLE AT HESC

The Hoedspruit Endangered Species Centre helps rhinos that have been orphaned and/or poached. These are taken in and given the necessary treatment and security to ensure that they have a future. HESC not only provides a home for these rhinoceros, but also educates and creates awareness about rhinoceros poaching in the community.

AN UPDATE ON LITTLE RAEKIE THE ELEPHANT