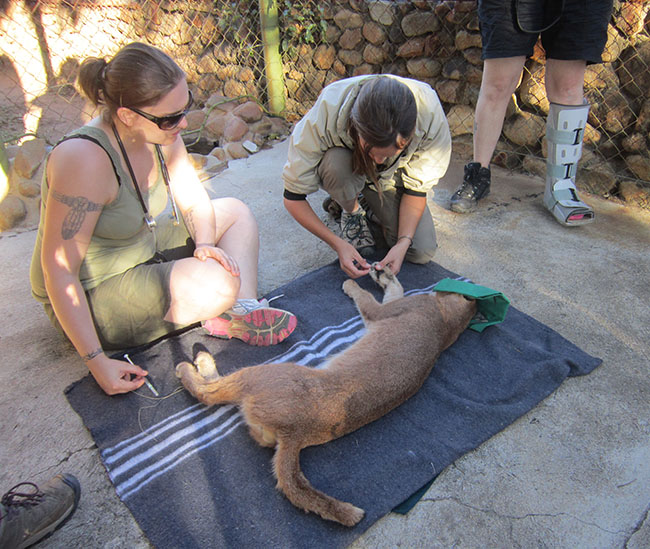 Nina and Louise from Sweden check out Eddie’s wound

The Hoedspruit Endangered Species Centre (HESC) is home to many animals, including Eddie, a very relaxed caracal. Eddie has been at the Centre for almost three years, and was presented to the HESC as a gift from Lory Zoo. The staff has often seen Eddie catch his own food, one of the signs he uses to tell us that he is ready to be released into the wild. So, on Saturday the 11th of May, Eddie will be released onto a nearby reserve where he can enjoy the freedom of the African bushveld. 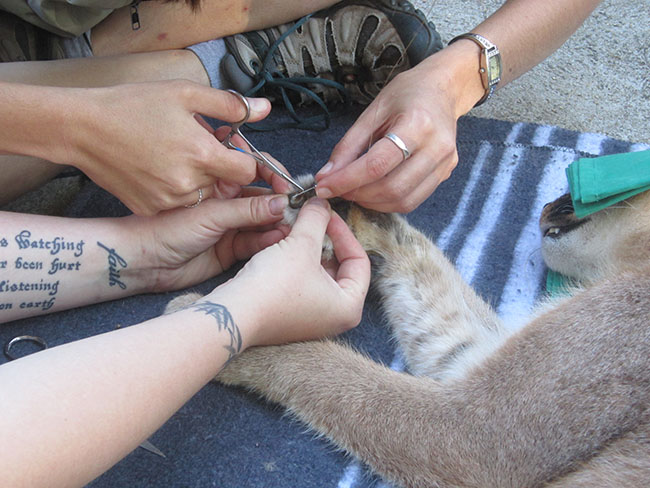 Students getting involved in assessing and cleaning Eddie’s wound

However, Eddie has been limping for a few days, causing concern with Licia (one of our animal curators), and Nina (our resident vet). The girls decided to check him out, and give him a once-over before his scheduled release.

With the students on board to help, along with Gretha, the manager of the centre, Nina and Licia set off to Eddieâ€™s enclosure, and gently encouraged him into a light sleep. Once he was completely under, Nina and the students set to work, identifying the cause of his pain to be an infected wound underneath his front right paw. Dirt had been trapped underneath a dead flap of skin, preventing Eddie from cleaning it out himself, as cats are generally quite clean animals. Nina carefully cut the dead skin away, cleaning the wound with antiseptic lotion, and ensuring no further damage would be caused. 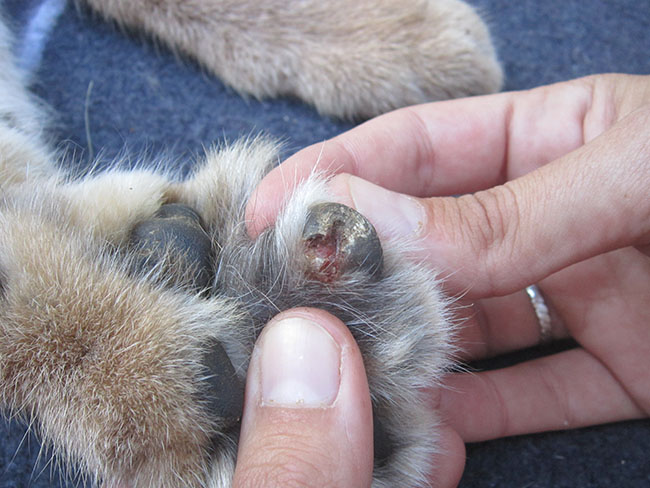 Eddie’s wound after the dead skin was cut off

In situations like these, students of the HESC programme are able to physically take part, giving injections and monitoring the animals. For Eddie, he was lucky enough to have all five of the students as his nurses. Emma had the opportunity to keep Eddieâ€™s eyes clean by administering eye drops, along with a protective towel. Louise was in charge of monitoring Eddieâ€™s breathing, and gave him the antidote to wake him up. Margareth, Becky, and Rebecca headed the injections, preparing and giving Eddie his rabies injection, along with pain killers. 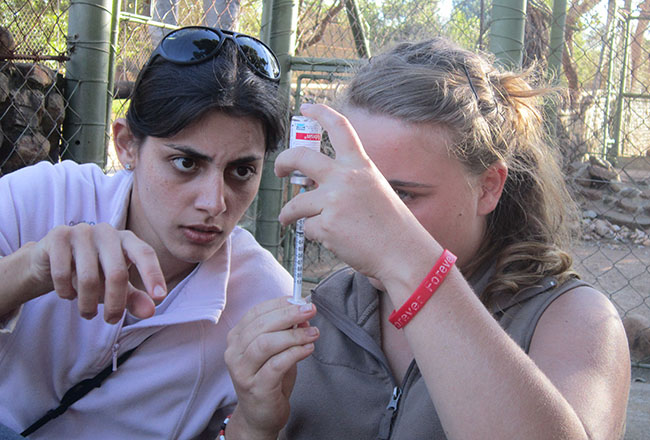 After a final check, Eddie was woken back up, and placed comfortably in his sleeping area with a blanket underneath him to protect his eyes. Eddie will be watched by the students, vets and the curators, ensuring he returns to full health. 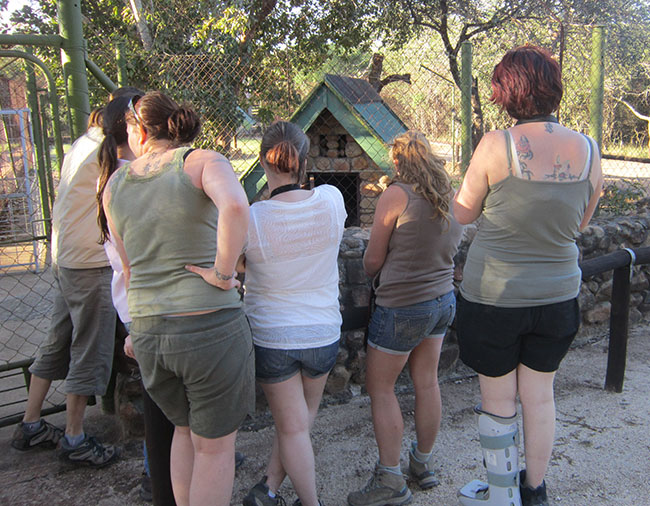 The students monitoring Eddie to make sure he is safe

Nocturnal visits with an unexpected outcome