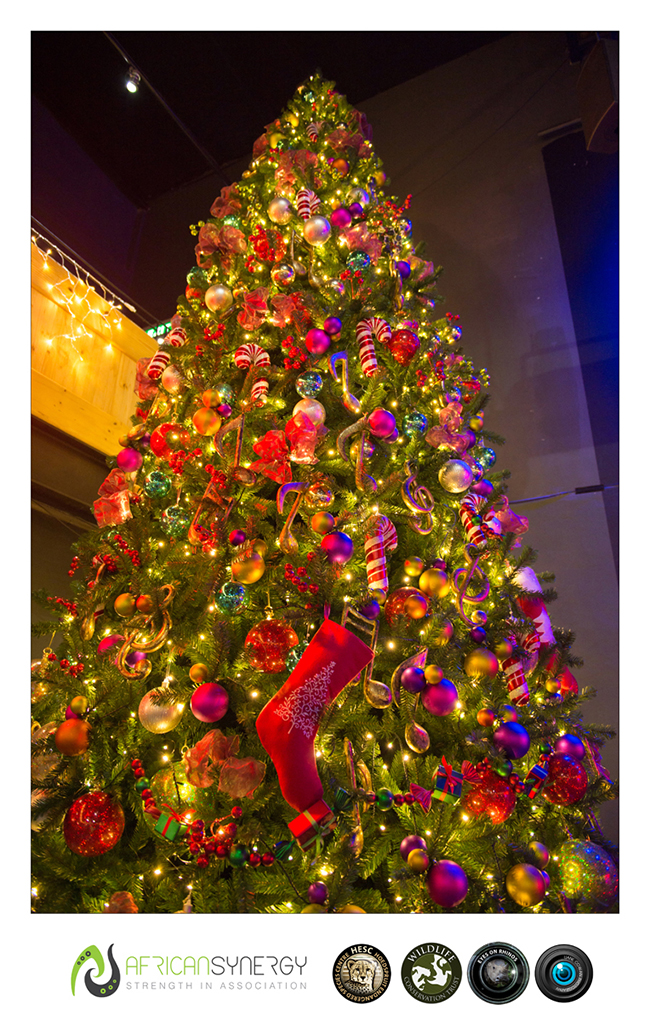 The last two months leading up to our “Eyes on Rhinos Fundraiser” have been a humbling experience. African Synergy came up with the idea of a fundraiser at the Rivonia Barnyard Theatre, specifically for the Travel industry, their friends and family. The aim was to raise money for “Rescued Rhinos @ the Hoedspruit Endangered Species Centre”. How hard could it be? And why not do a Christmas in July theme? And so the ‘bauble’ started rolling… 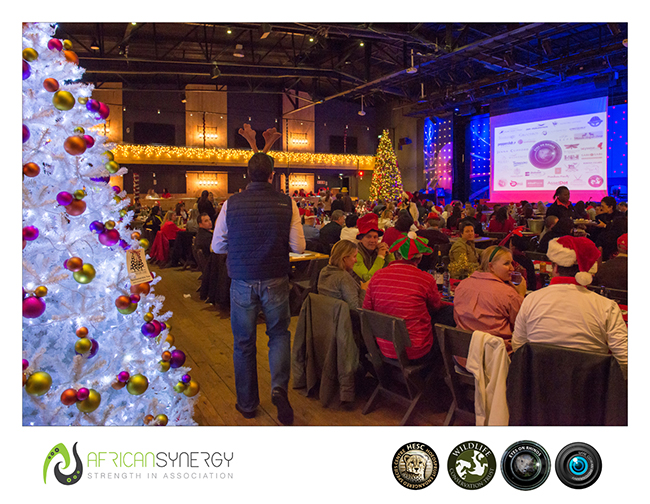 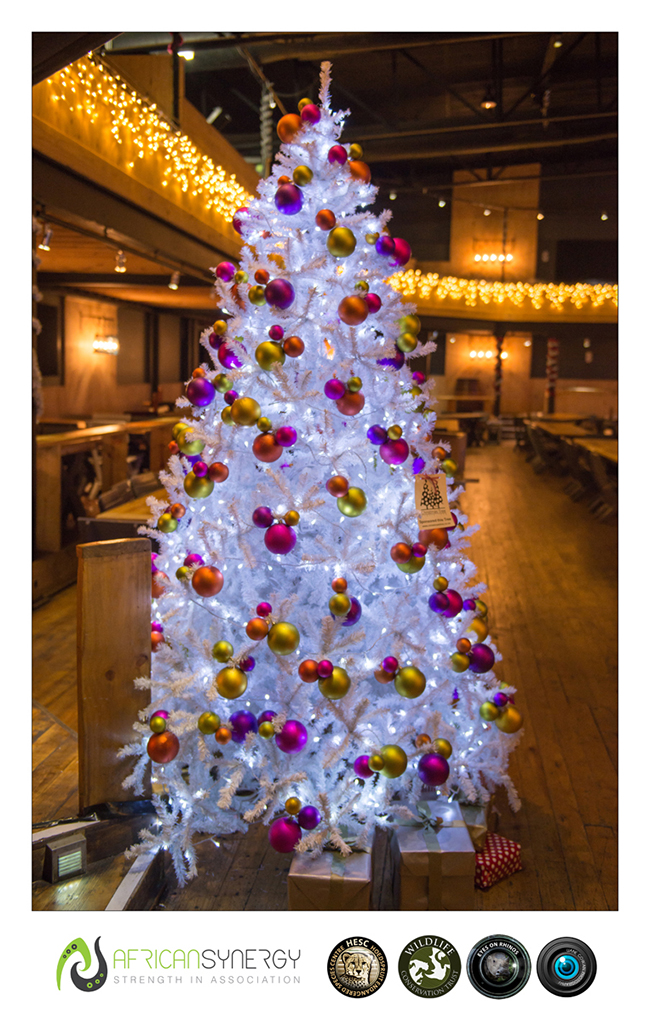 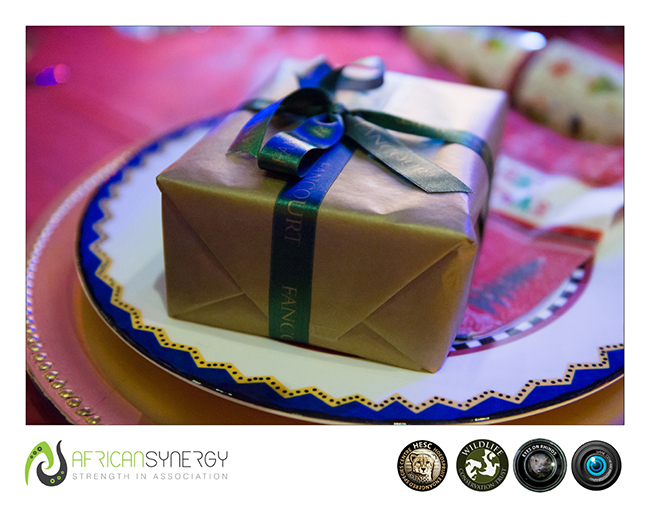 To make it interesting we had to get some really attractive prizes sponsored. And that is where the Christmas magic started… Never in our wildest imaginings could we have anticipated how generous our friends and partners in travel would be. So many came on board by donating room nights or services to help us raise money for the rhinos. As the list of givers grew, so did our excitement. 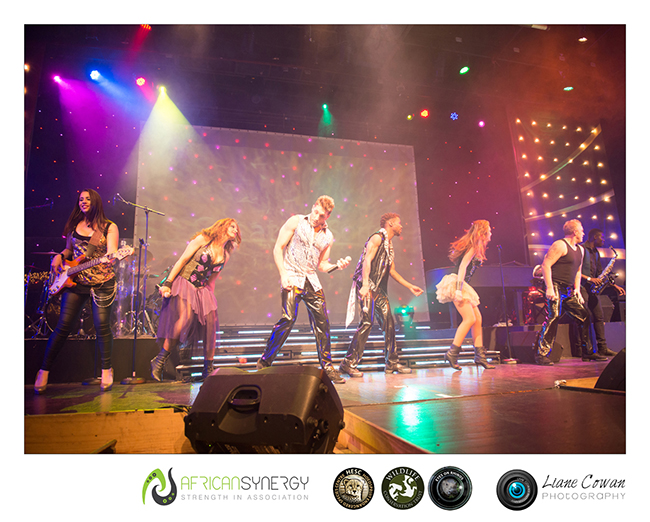 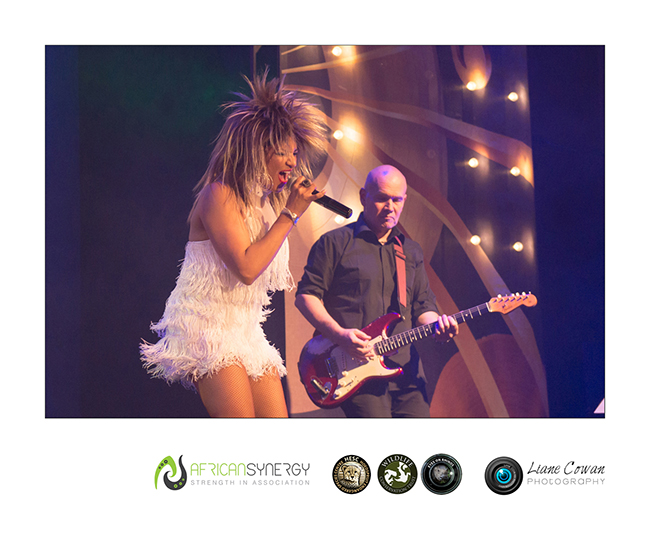 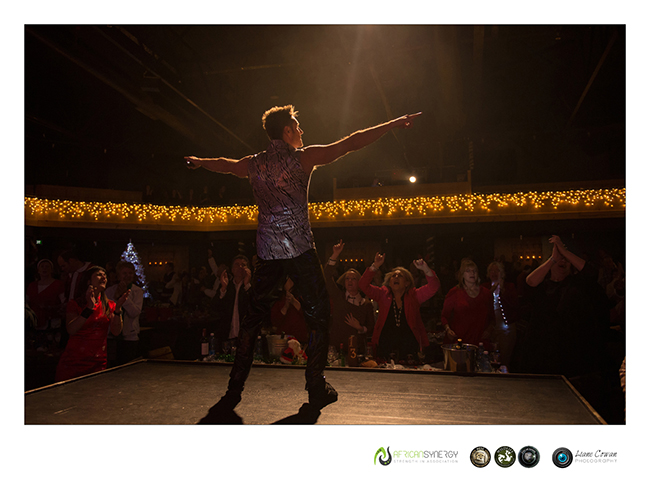 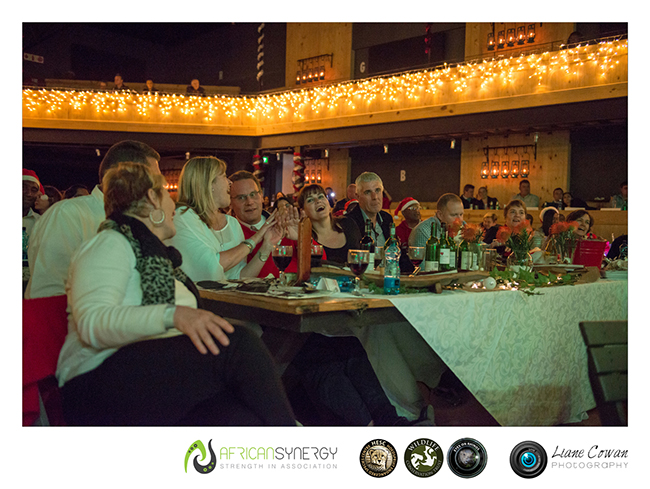 The next big challenge was to decorate this massive theatre in July, making it as ‘Christmassy’ as possible. We thought it would be easy to find old decorations and Christmas trees, but we were in for a rude awakening. Not so much as a bell, a candy cane or scrap of tinsel in sight! So on to the phone we got, contacting companies that specialise in Christmas Décor in the hope of finding a couple of big trees. Despite numerous requests distributed, only one company got back to us. And it was our lucky day! The Christmas Tree Specialists immediately bought into what we were trying to achieve, and donated their time and services to the event. We have no doubt that everyone who attended will agree that this exceptional team transformed the Barnyard Theatre into a Christmas Wonderland! Thank you Mandy and Heather for going way beyond our expectations. You made the evening the magical success it was. We can only hope your kindness will come back to you two fold! 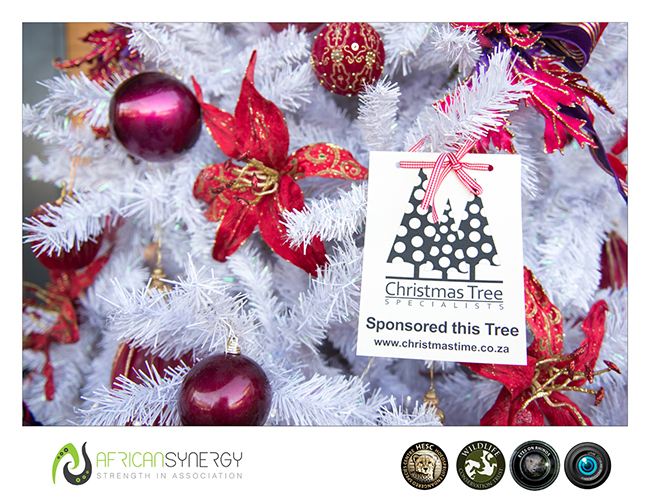 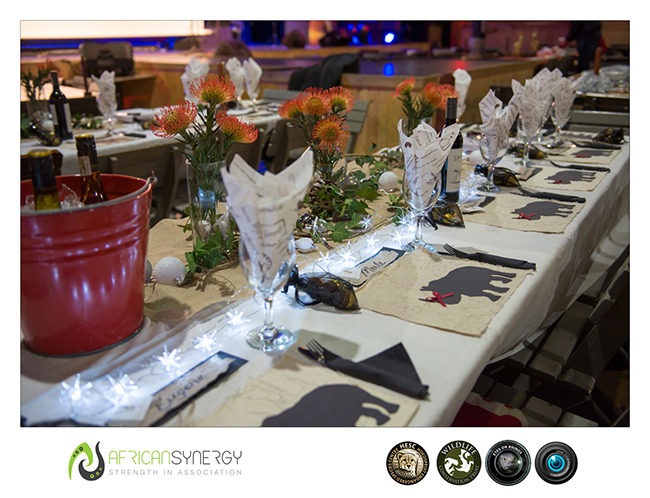 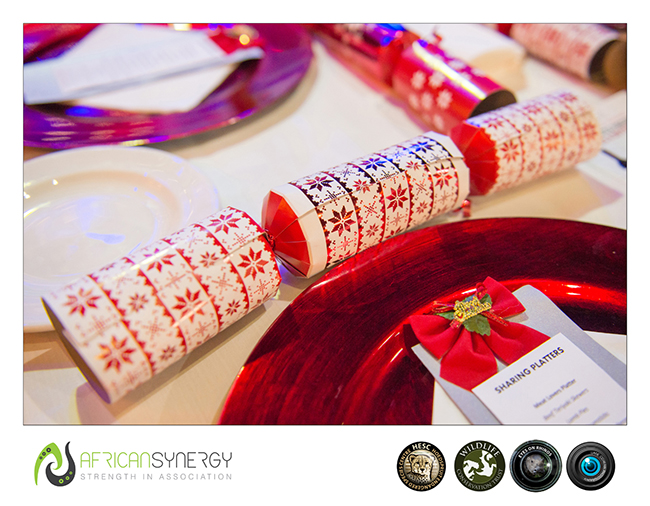 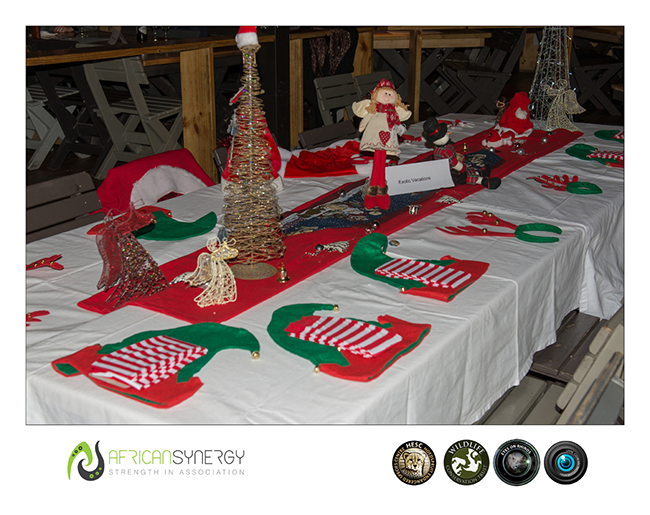 We ran a competition for the best decorated table and the best dressed person, but we never expected the huge effort so many people would go to to get into the spirit of things. The outfits, the table decor, the various ‘Christmassy’ creations… WOW! Thanks are not enough to express our gratitude. 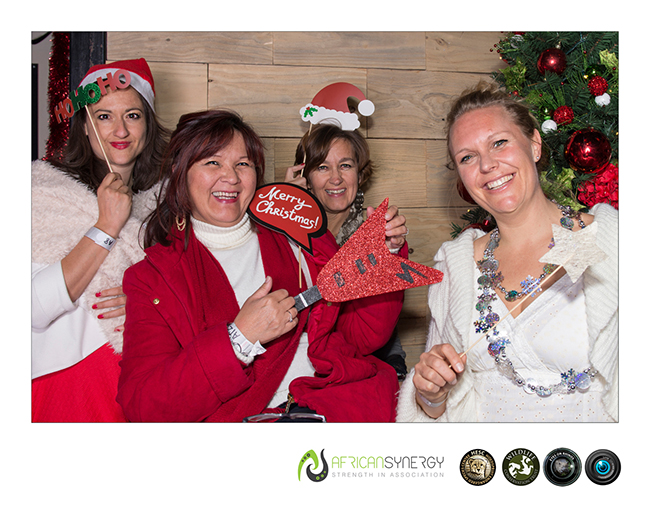 The photographer for the evening was Liane Cowan, from Liane Cowan Photography. She did an incredible job of capturing all the many facets of this very merry event. Her beaming cheshire-like grin never left her face for the duration of the evening, probably in the knowledge of the many special moments she had captured which had yet to be revealed post-show. We will be sharing a link to view and enjoy all the pictures she took. Those who shared the evening with us will be able to download their favourite moments using the password ‘Eyes on rhinos’, and keep those memories close to heart. Thanks Liane for helping us out and for so kindly donating your time. You are so talented, and will no doubt attract great success! 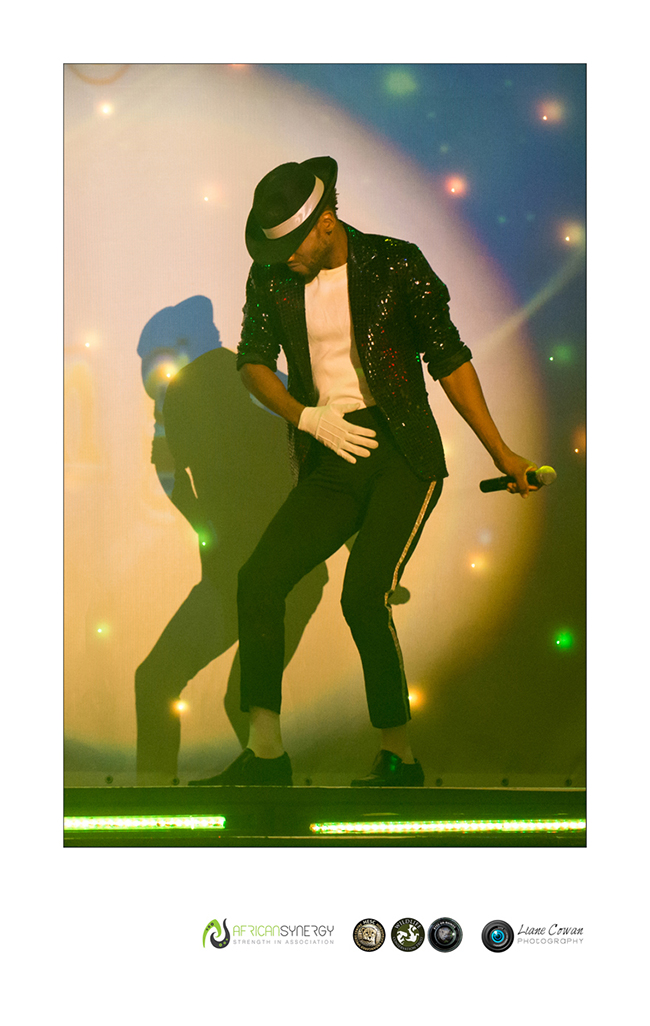 All of our very kind sponsors found wine on their tables, sponsored by Rhino Tears Wines. You may not know that these generous supporters of the cause donate R15 from every bottle of Rhino Tears sold to anti-poaching projects in our national parks! Thank youRhino Tears, and I hope everyone reading this supports you. We savoured a glass (or two) on the evening, and can confidently say that it is delicious! Rhino Tears wines can be purchased online via their website, or at Pick ‘n Pay and Fruit and Veg City. 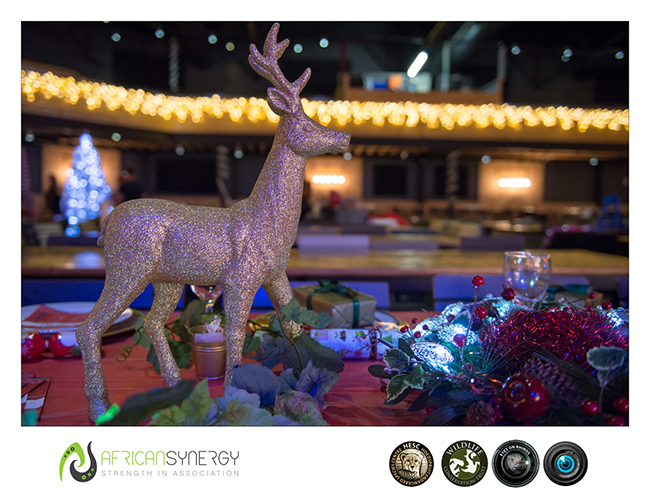 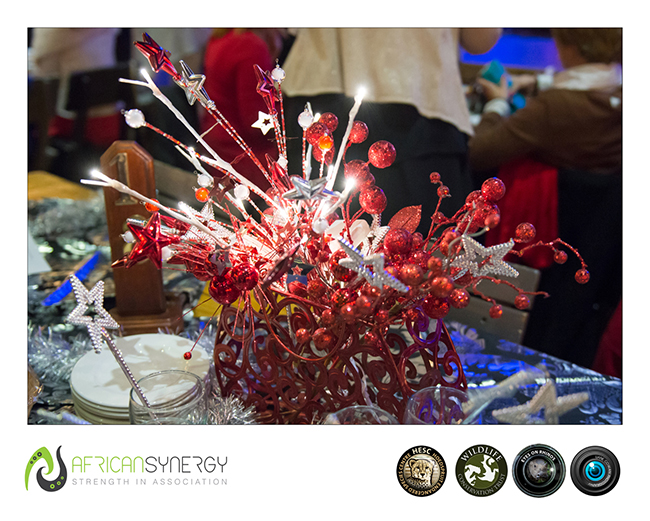 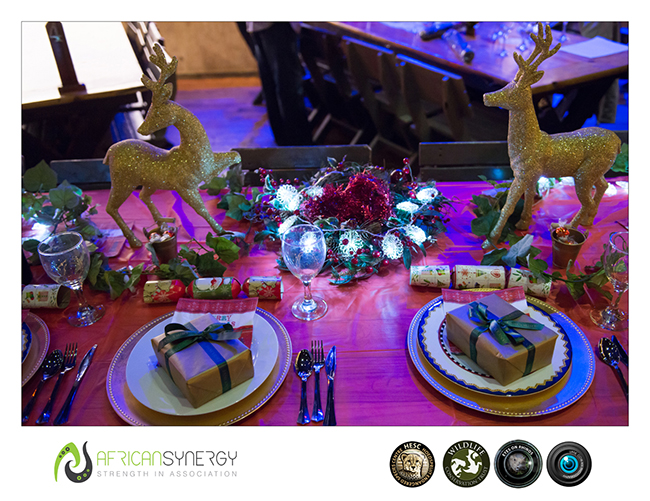 The evening came and went so quickly, and we are not quite sure how we survived the stage. Despite the odd ‘blip’ creeping in here and there,  thankfully many in the audience did not notice, while others graciously forgave us the verbal faux-pas or two! 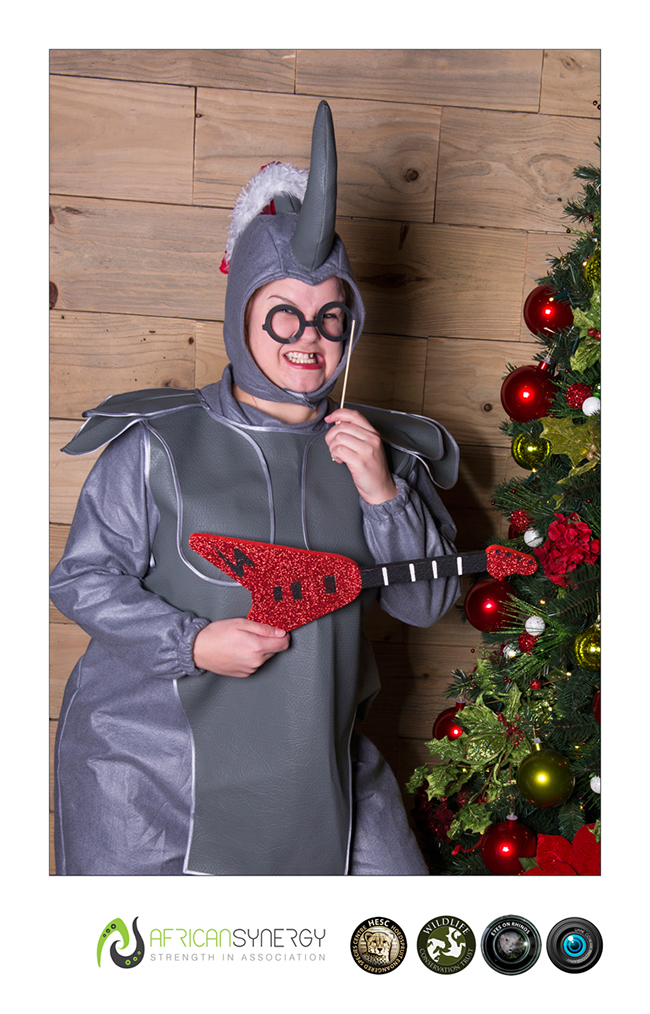 When we first started planning, we were aiming for a profit of R50 000. Never would we have thought we would have managed to raise a staggering R138 515.00! This is thanks to every single one of you who attended, or purchased a raffle ticket. We also had some very generous auction bidders (you know who you are). We thank you for your ample bids!

We would like to thank the admin staff from HESC, the team at Originblu Communications, and our incredible prize sponsors (websites have been linked for those who wish to connect with them on social media):

We hope everyone who attended had a grand night, a good boogie and a trip down their favourite musical memory lane, while at the same time supporting an amazing cause! Perhaps we could do it all again next year 🙂 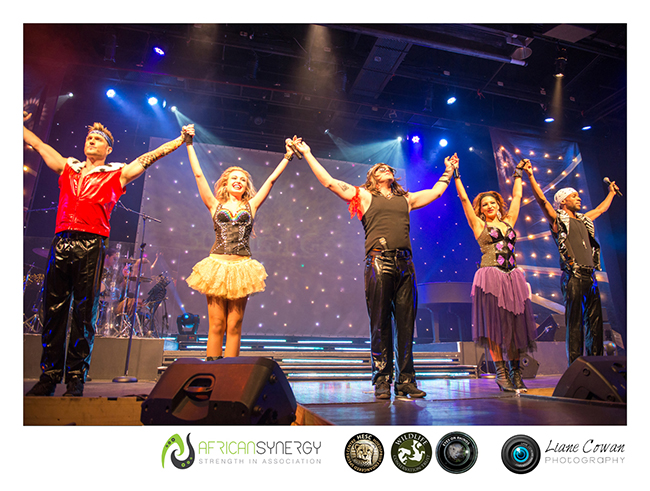 Why we supported the Eyes on Rhinos Campaign, and why we initiated the fundraiser:

The past two years at the Hoedspruit Endangered Species Centre have seen them saving four victims of rhino poaching. Two adult cows had been attacked and left for dead, their horns removed with chainsaws. Despite slim odds, they were brought back to health after 25 surgeries, and a lot of groundbreaking research by the leading veterinary team. Two tiny rhino orphans also arrived at The Centre (independently of one another), both having been found next to their murdered mothers. They have grown into strong and well adjusted young rhino bulls under the 24/7 care of The HESC team.

With everything that they have learned and the passion they have for wildlife conservation, HESC has now dedicated part of its facility to the “Rescued Rhinos @ HESC” project, which is set up to rehabilitate victims of rhino poaching with the aim of hopefully reintroducing them to the wild. In cases where this is not possible, there would be an opportunity to start new gene pools to help ensure the future of this critically endangered species.

With this comes great responsibility to protect these precious animals and to ensure the facility has state of the art security. This comes at a great price, hence the “Eyes on Rhinos” campaign which aims to raise R5 million to purchase the equipment required.

Written by the African Synergy Team 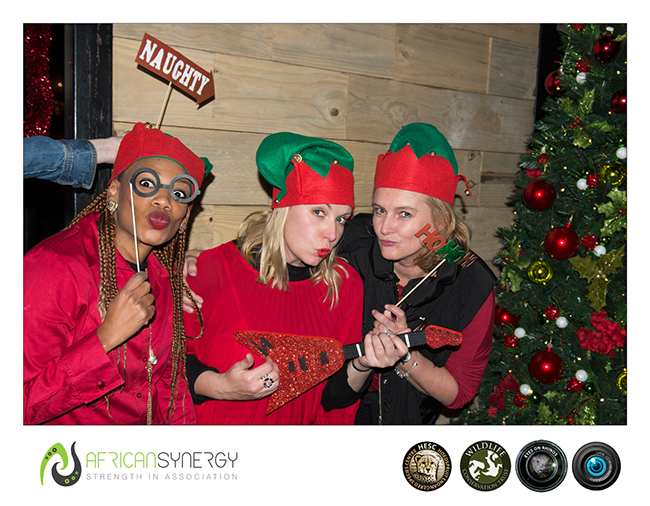 A BIG THANK YOU TO GERBER'S 4wd!