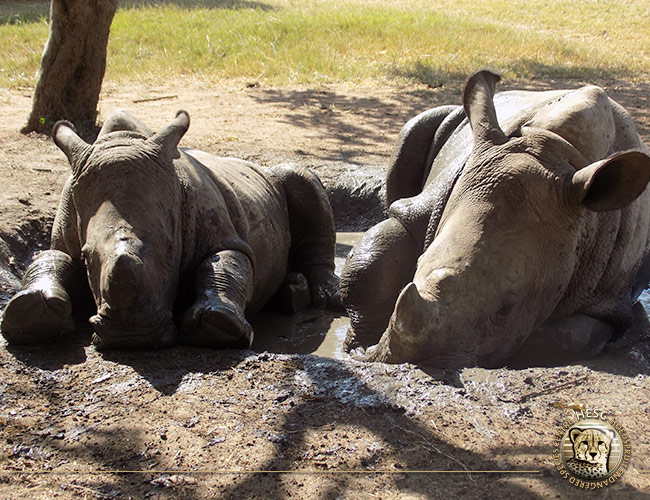 Gertjie and Matimba are both young orphaned rhinos brought to The HESC independently of one another, but over the last year they have become like brothers. Gertjie arrived at The Centre just short of a year ago, while Matimba almost 6 months ago.

The two have become inseparable, and Matimba seems to be following in his “adoptive” big brother’s footsteps in more ways than one.

Just add water…. As their favourite spot of soil turns to mud – these two are all in! Side by side, they both languish in their mud bath. This is something both Gertjie & Matimba will never outgrow. The mud baths are useful for more than just play, as the mud serves as a protective layer from insects and the sun.

A source of great amusement for Gertjie when he was younger, and we see that Matimba shares the same fascination. Gertjie would spend hours playing with the dustbin, and Matimba has followed suit – only with the dustbin lid. Clearly these two fit together in characters, just like bin and lid. 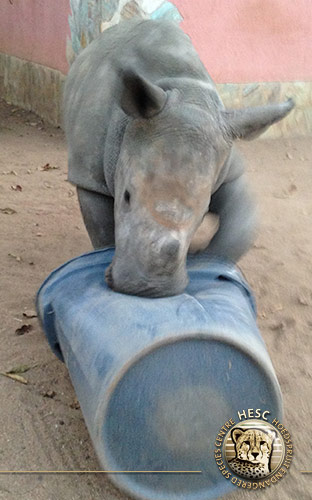 Gertjie playing with the dustbin 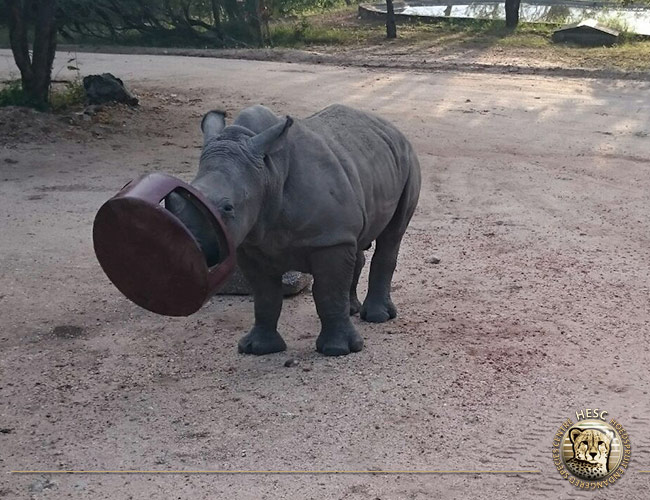 Matimba entertaining himself with the lid

Our “little” rhinos love their milk! When they hear the curators calling them for feeding time, they eagerly follow them all the way back to their enclosure. Sometimes they even race ahead in anticipation. 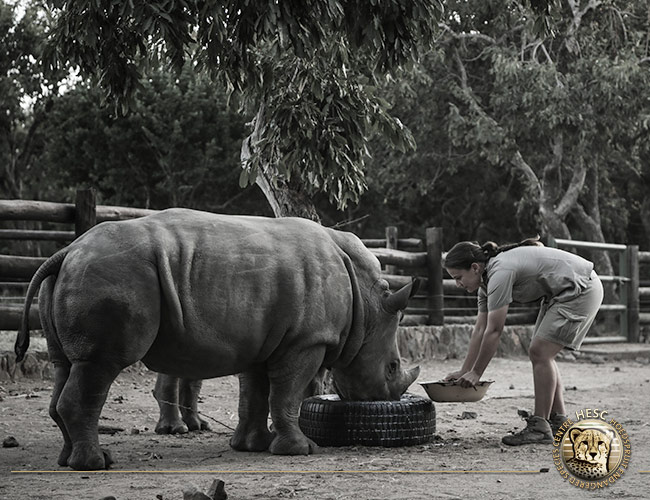 “Everywhere the rhinos went, the Lamb was sure to go ….”

Wherever Gertjie & Matimba are, Lammie is always close by. This loyal creature has acted as a surrogate parent to the orphans. 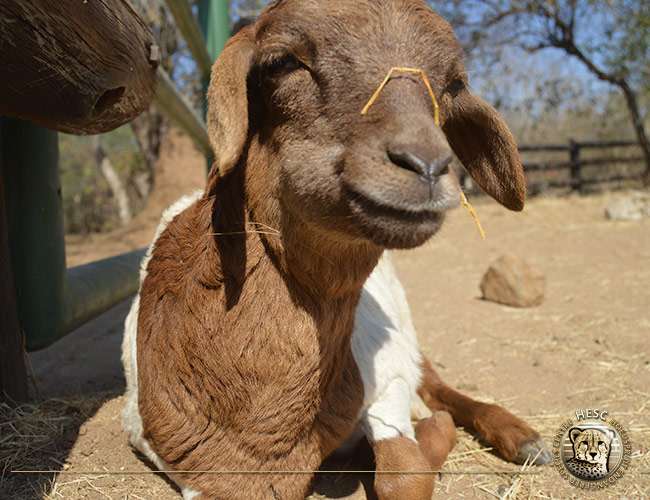 Gertjie and Matimba love their leisurely walks so much that getting them back into their enclosure at a specific time can prove to be quite a challenge. 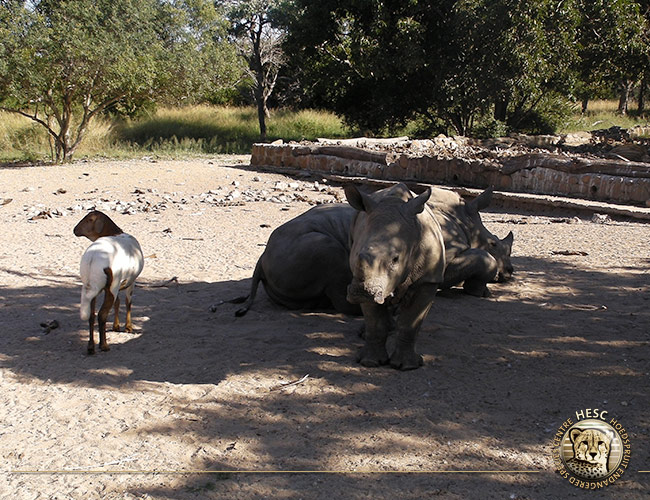 When the boys are tired from an active day, they can be found napping contentedly together. Lammie sometimes hangs around outside their little hut in guard, or joins them inside. 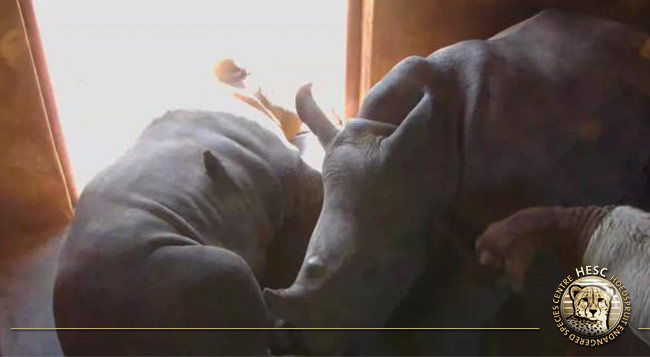