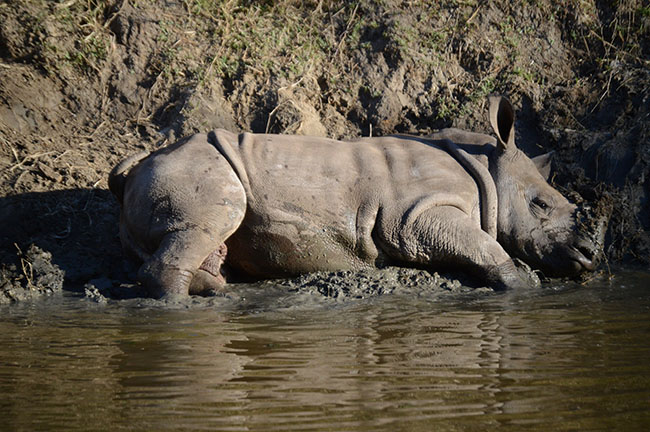 Gertjie playing in the mud

Little G is a very special ‘little’ rhino. We love his unique personality and playfulness. Since he has been at our Centre, we have really got to know him and his quirks, and we would love to share some of it with you! And so, here are Gertjie’s top 10 favourite things! (In no particular order!)

Like any rhino, Gertjie is particularly fond of a good mud bath. Every day, we Gertjie gets a chance to roll around in a mud puddle. This is also extremely for a rhino as the mud created a protective layer against sunburn and parasites.

Gertjie is at a stage in his life where he is beginning to test (and taste!) everything! This is his way of exploring the world around him. When Little G comes across a rock, he will always first try to suck on it. Once he decides that it is not edible, he will try to play with the rock as well, pushing it around with his nose. 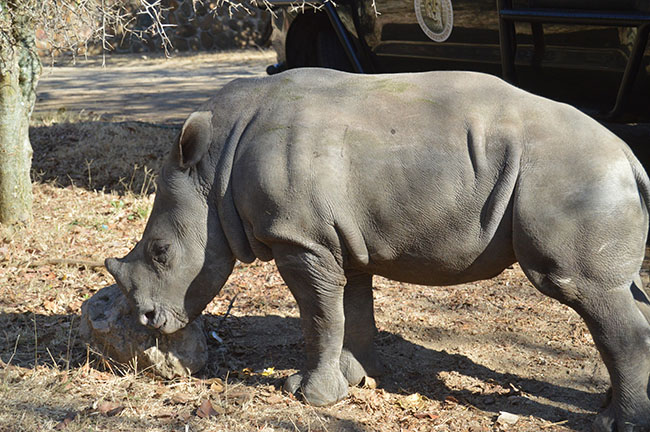 Gertjie loves the people that are lucky enough to be in charge of looking after him. He especially likes them during feeding time! 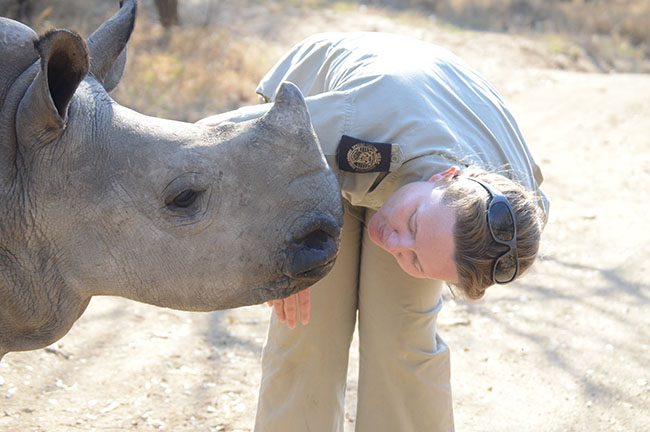 Gertjie loves the staff at HESC

Gertjie loves to get rid of any pent up energy by beating up old dustbins. This is his way of testing his boundaries and learning about his strength. We are so glad that he chooses to do this on dustbins and not us! (Most of the time) 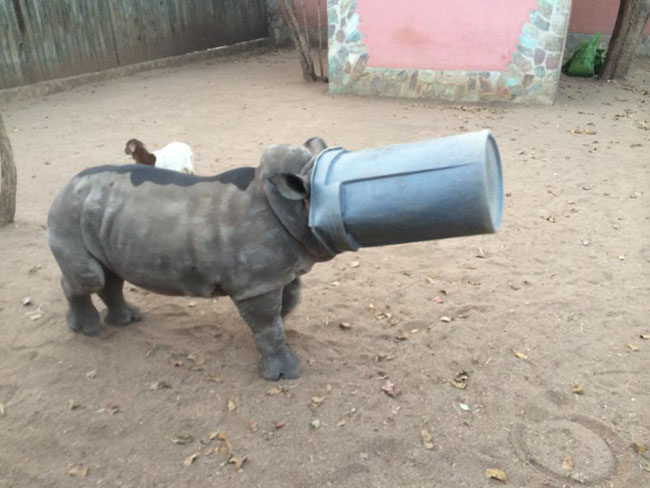 A growing rhino baby like Gertjie needs his daily milk formula, and Gertjie is most eager to comply. 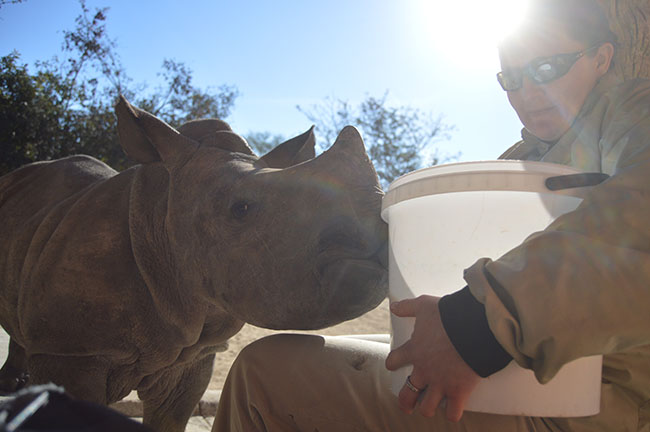 Gertjie is very much to attached to his favourite empty barrel, which he enjoys rolling around in his enclosure, or trying to climb up onto in his free time. 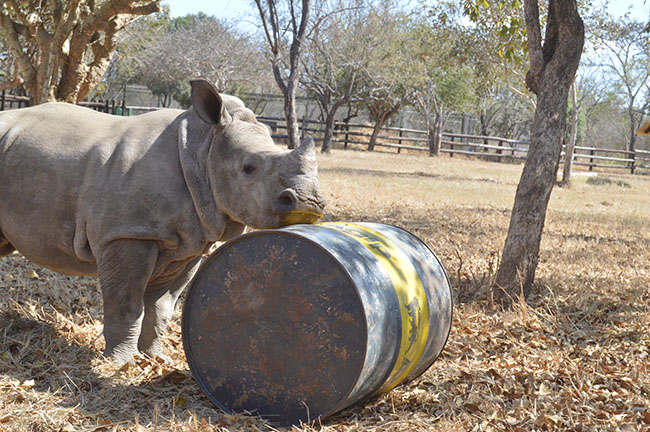 This cheeky little rhino loves a good chase, and the ostriches are his absolute favourite when it comes to this!

Every day, we take Gertjie on a nice long run to keep him healthy and fit. Only, we can’t decide who is getting the most exercise – us or him?!

While he has recently grown out of this, we feel that Little G’s jacket deserves a mention. Even rhinos sometimes need something to cuddle, and when we weren’t around, an old jacket, sprayed with perfume, kept Gertjie happy. 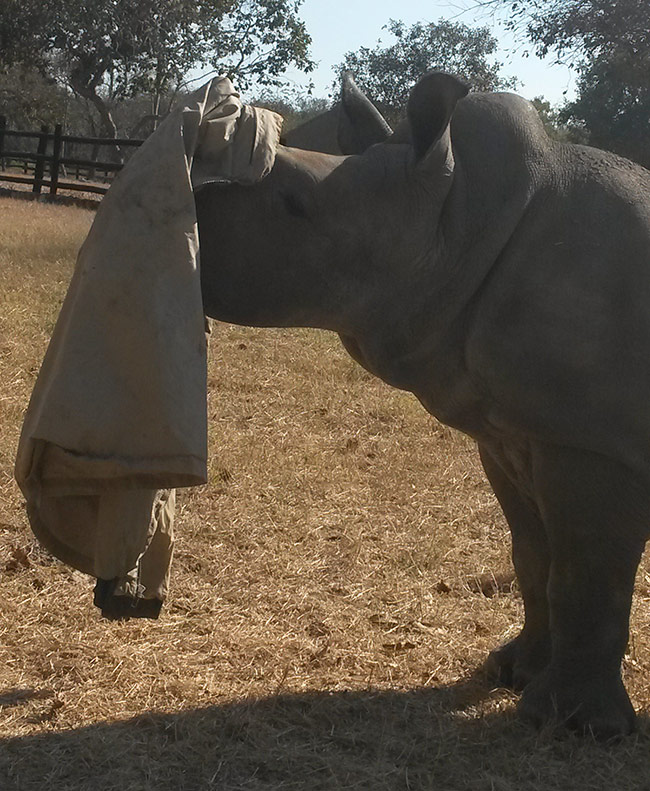 Of course, we couldn’t let this list go by without including Gertjie’s best friend and sidekick Lammie! This little lamb follows Gertjie wherever he goes, proving to be an well-deserved and invaluable companion to the orphaned rhino. 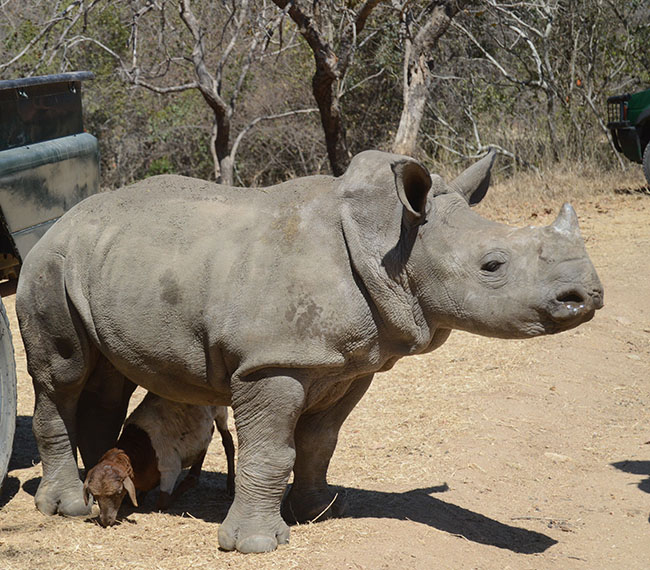