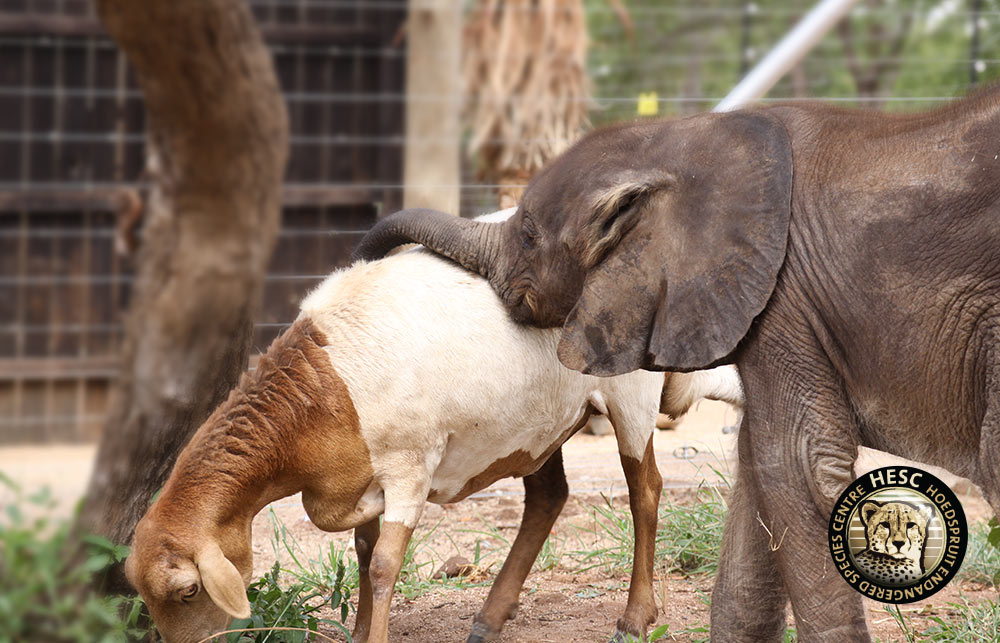 Arriving at the centre at 78kg, it is heart-warming to report that this little guy now weighs 93kg. Mopane still receives a bottle every 3 hours and is still being cared for around the clock.
Dr Johan Marais, CEO of Saving The Survivors and veterinary surgeon, was brought in as consultant when Lions Den and Dingle Dell survived an attempted poaching. Dr Marais now consulted again on Mopane’s foot and had the following to say:
“The video you sent me during December 2017 showed a clear problem with the left hind-limb (LH) of this little calf. However, due to him being young and just introduced at HESC, it was decided to give him time to settle in and look at the limb again in early 2018.
We had a look at him on 30 January with Pete (a 10-week old elephant calf in the care of Dr Marais) and took radiographs of his distal left and right hindlimbs. When I saw him, my first impression was that the limb looked much improved since December last year. However, with standing sedation from Pete we examined the limb and took radiographs of the lower limbs. I compared these to radiographs I have of a 4-week-old elephant calf and 10-month-old elephant calf I have.
While there is no obvious pathology, Mopane’s limbs do appear to be mineralising slower when compared to the 4-week-old calf. There could be individual variations though, also keeping in mind there is no available literature on this subject. His right hind-limb also has the same appearance radiographically than the left hind-limb. 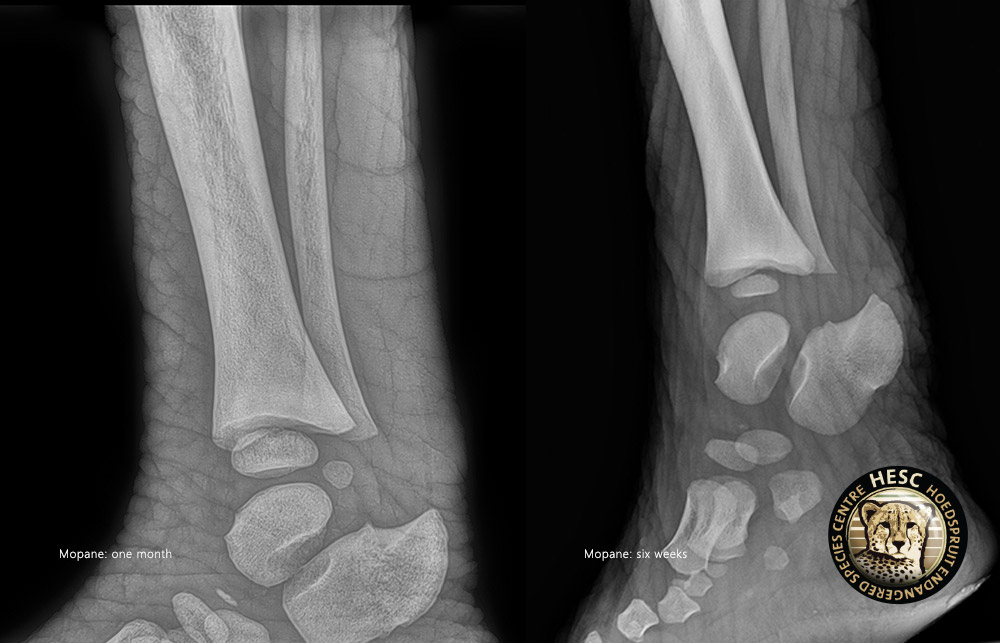 When examined now though, Mopane walks much better than in December, and his gait is currently almost normal. Keeping in mind that his bones may be slightly “underdeveloped”, with regards to mineralisation, I think the injury he showed in December was more due to a soft tissue injury to the distal limb, and not so much a bone-problem. If it was, it would have not improved so rapidly, and we would most probably have seen some changes on the radiographs.
If you need any more info, please contact me. Thanks for being able to, again, work on these incredible animals.
Regards
Johan”
Keep watch for another Mopane update!
Yours in conservation,
HESC team