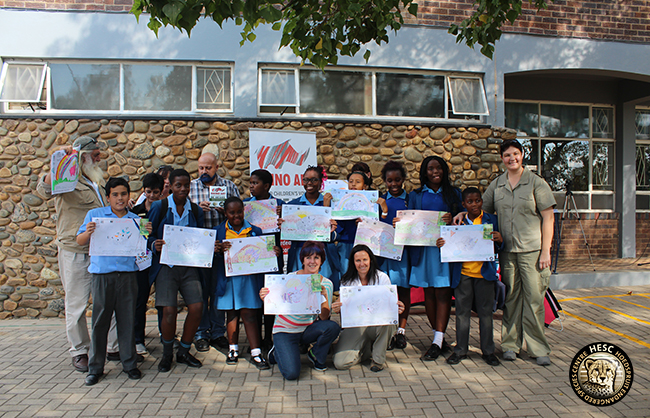 The Rhino Art project aims to gather the largest number of children’s ‘Art Voices’ ever recorded against the plight faced by the endangered rhino species. Communities living in and around game farms and reserves at times become silent witnesses to the brutal onslaught against rhinos. Rhino Art involves these communities in the fight against rhino poaching by increasing awareness among the youth, in order to cultivate the next generation of wildlife ambassadors who will protect the rhino and other endangered species.

Recording the messages of these children through Rhino Art makes it easy to understand what’s going on in their hearts and minds. These messages will be presented to the United Nations (UN) and Convention on International Trade in Endangered Species (CITES) in an effort to drive support for conservation efforts. 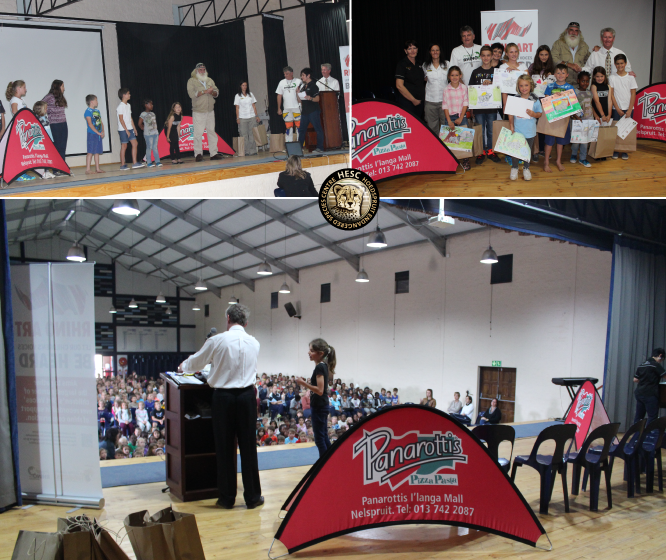 On Friday 27 May, HESC representatives visited Lumikisa and Skukuza Primary Schools. Principal of Skukuza Primary School, Jannie Geldenhuys said: “Thank you so much for all the time and effort you put into our children at Skukuza Primary. We were, in fact, quite taken aback that our children weren’t as familiar with the rhino poaching situation as we thought they were. This has indeed helped us to realise that we still need to push the issue continuously, in particular due to our location.” 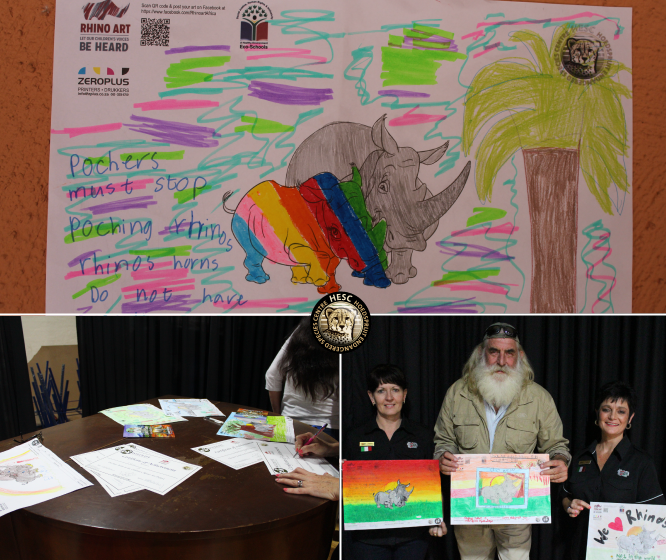 When Adele was asked about her involvement with HESC’s continuous battle against rhino poaching, she said: “I thought to myself… how could you know about what’s happening and NOT be involved in saving these amazing creatures? I wish I could be a more integral part of this amazing organisation.”

It was overwhelming to see the numbers of kids who participated in the project.  One thousand two hundred children were reached through two rural schools, and approximately 650 children in the city of Nelspruit. 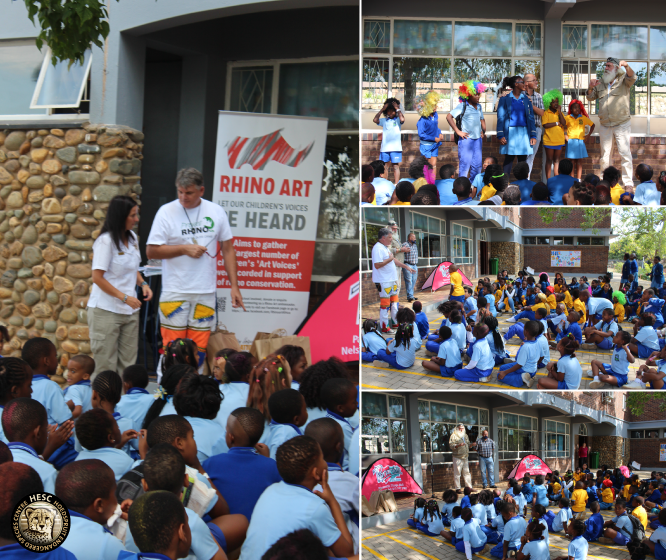 Adine Roode, from HESC said: “HESC has been involved with various angles of education, community outreach and conservation through art programmes. However, our partnership with Rhino Art has strengthened our message and given us a bigger voice against rhino poaching across the country. There is no need to re-invent the wheel when our energy can be focused on our animals by utilising partnerships such as these to create an even bigger awareness through the rhino art. As HESC, we were able to reach out to more than 4 000 children in 2015, and would like to double that number in 2016.”

The message that the HESC team passed on to the kids was to not keep quiet and to stand up together with their friends, parents and teachers to help protect the rhinos; and let their voices be heard. 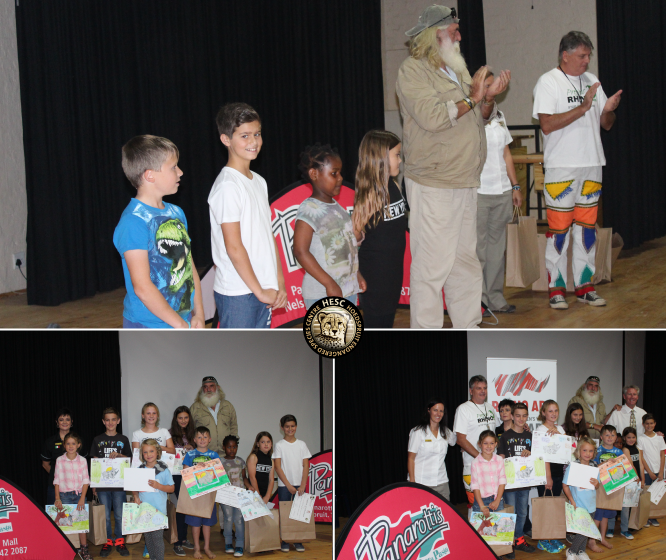 Ricki Kirschner, Fundraising Coordinator at HESC, said: “Through the Rhino Art initiative we have been able to raise awareness and educate the youth about the rhino crisis as well as involving them in creating conservation solutions. Education is key. I am very grateful to be working with such a dedicated team at the Hoedspruit Endangered Species Centre”.

Judging by the talent, passion and enthusiasm at all the schools that were visited, it is evident that the future is in the right hands! 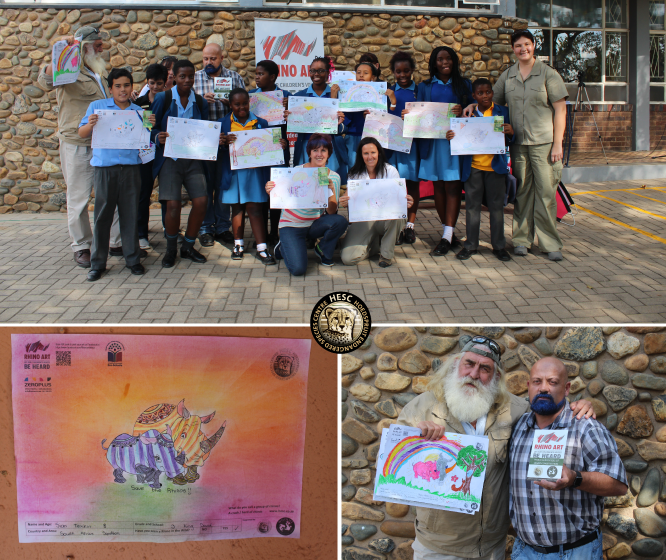 HESC goes all out to support Earth Hour