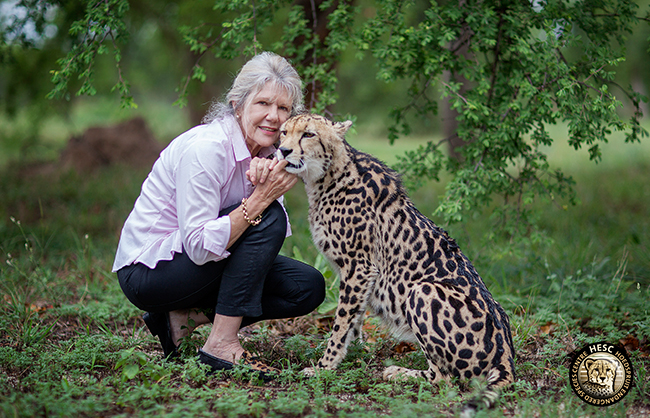 The award honours her, and other remarkable individuals, for having made a lifetime contribution to environmental conservation in South Africa. The recipients of the award were announced on the occasion of WESSA’s 90th birthday celebration in September 2016.

Commenting on the award, Lente Roode said conservation of our precious wildlife heritage is the only way to leave a meaningful legacy for future generations. “It is our children’s right to have the privilege of experiencing the wonder of the environment and it is our generation’s duty to ensure that this happens.” 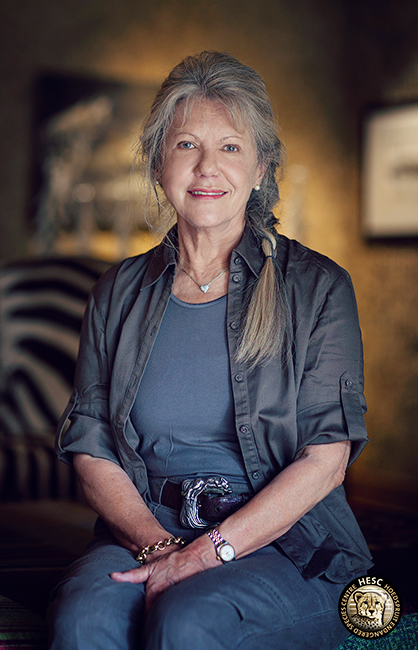 In 1950 Lente Roode’s father, Willie Schurmann, bought a 2000-hectare farm in the Hoedspruit district of the Northern Province of South Africa, which today forms part of the Kapama Private Game Reserve (situated close to the Kruger National Park in South Africa).

It was during her childhood that Lente developed a great love for animals, the African bushveld, and the farm which she visited at every opportunity.

At just six years old Lente was given an orphaned cheetah cub after a neighbouring farmer had shot its mother. The cheetah was named Sebeka, and soon became part of the Schurmann household. Together, Lente and her mother (a nurse) lovingly cared for the animal. Lente and her cheetah were inseparable.

After completing her studies in education, Lente married Johann Roode. In 1985, the couple bought their first farm on the border of her father’s land. Following her father’s passing, Lente inherited the family farm. Further acquisitions of adjoining farms resulted in a sizeable property and their first venture was to ranch a herd of Bonsmara cattle. A continued battle with predators led to the inevitable decision to transform the land into a game farm. That’s how Kapama Game Reserve (covering 12 500 ha of land) came to be.

As a result of Lente’s passion for the cheetah, a cheetah-breeding project was established on the reserve. At the time the cheetah was listed as an endangered species. The facility was tasked with the conservation and breeding of the species for possible release into the wild, as well as providing research opportunities to scientists in zoological and veterinary fields.

The project gained momentum when Lente contacted Des Varaday (a well-known cheetah breeder whose facility was located near Middelburg in Mpumalanga Province) in the hope of acquiring a few of his cats. Lente had known Des from childhood when he used her cheetah Sebeka as the subject of his book. Des surprisingly requested that Lente take custody of all thirty-five of his cheetahs! His motivation was that he was getting too old to look after them and that he needed a suitable owner, like Lente, to take responsibility for them. She agreed, and with the aid of the then Department of Nature Conservation, the animals were transported from Varaday to Kapama.

With the assistance and guidance of the late Professor David Meltzer of the Onderstepoort Faculty of Veterinary Science (at the University of Pretoria) and Des Varaday himself, they planned and developed the infrastructure of the centre and built the Hoedspruit Cheetah Project (HCP) within the space of a year.

It took a further year for the animals to settle in before it was decided that its doors would be opened to the public in 1990. The responsible tourism activities on offer helped to generate some of the funds needed to run the growing project, while simultaneously providing an opportunity to educate the public about wildlife conservation.

The subsequent arrival of a number of other animal species necessitated the name change from the HCP to the Hoedspruit Endangered Species Centre (HESC).

After contact was made with the National Zoological Gardens in Pretoria, African wild cats, Ground hornbills and Bald ibises were transferred to the centre. African wild dogs (captured as ‘problem animals’ by conservation authorities) were also brought in. Blue crane chicks, which had been abandoned after their land was cultivated, and orphaned Black-Footed kittens soon followed. Breeding programmes for many of these species were instituted at HESC. 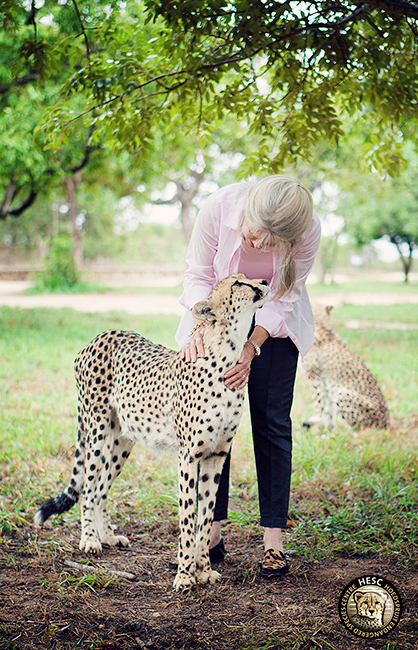 The need for extensive veterinary support to treat animals at HESC, as well as injured animals that were brought in for treatment, led to the establishment of a veterinary clinic with an animal hospital (with recuperation and quarantine facilities) in 1995.

The centre is a non-profit organisation which invests all funds made back into nature conservation in order to help ensure the continued survival of all endangered animal species. Today, HESC has established itself as one of the leaders in the breeding and research of endangered species. Besides this, the centre provides a safe haven for orphaned and sick animals and also offers an education centre where the public and our younger generation can learn about endangered species by observing them at close range.

HESC works closely with advisory committees of the Pretoria Zoo and the University of Pretoria. Since the passing of Professor Meltzer, a specialist Advisory Committee has been appointed to assist HESC with the management of its many functions.

A huge thank you to our supporters – February 2016