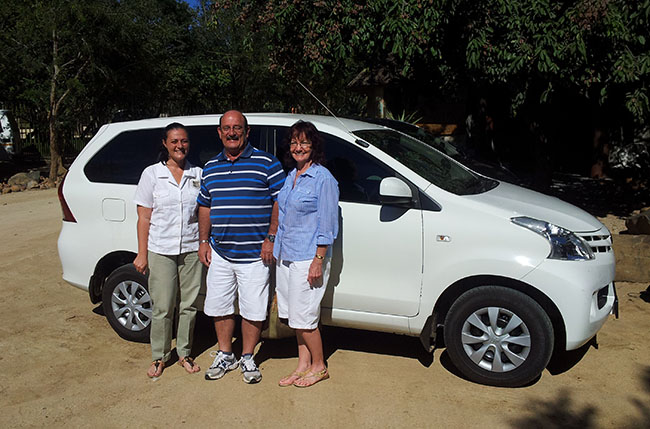 Johann Gerber, Sales Consultant (middle) and his wife, Chrissie (right), all smiles as they hand over a brand-new Toyota Avanza to Ilana Mahoney, Administrative Assistant, (left) at the HESC

The Centre first became involved with Toyota when Mrs Lente Roode (founder of the HESC), en route from Pretoria to Hoedspruit, had an accident involving an antelope near Lydenburg. Toyota in Lydenburg was contacted for assistance, and Mr Fanie Erasmus (snr), manager of the dealership, came to the her rescue. He not only assisted her with getting her car to the workshop in Lydenburg, but also provided her with a vehicle to reach Hoedspruit. His assistance and kindness made an ardent Toyota supporter out of Mrs Roode! Since then, all the new vehicles acquired by the Centre have been Toyota models.