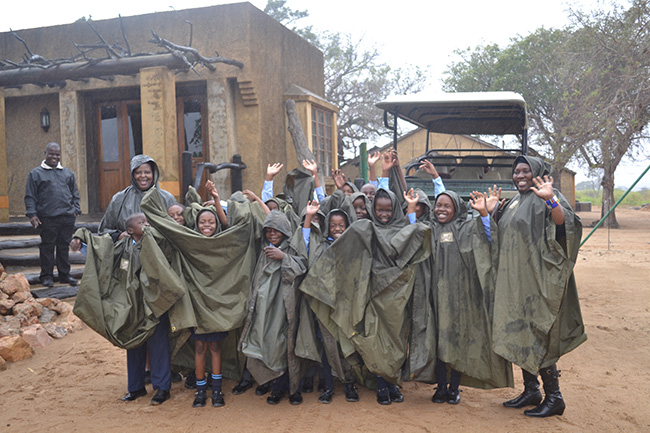 On arrival at HESC at 9am, the group was divided onto two safari vehicles and, equipped with candy and water, they set off on safari. During these two hours they encountered several game species, including zebra, giraffes, hippos, impala, kudu, buffaloes, elephants and numerous other animals. For most of them, this was their first encounter with game and who knows, we may have a SKS-ranger of the future among these kids! 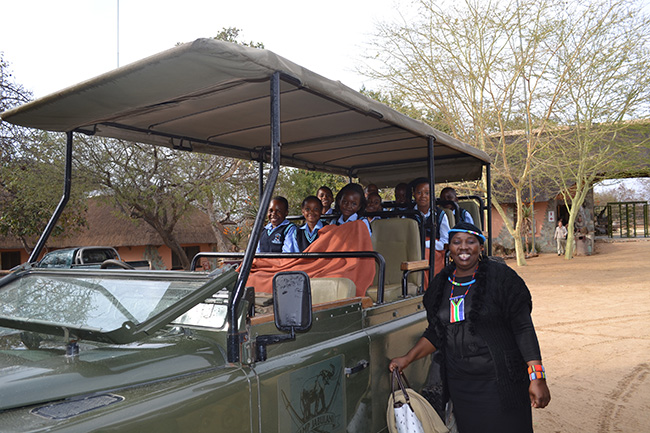 The weather was unfortunately quite miserable and, before meeting Jabulani and his family, the group stopped at the stables for a break and some fun time. While the chefs of Camp Jabulani did the final preparations, the children played with the students, who are currently taking part in our student programme, working at HESC. 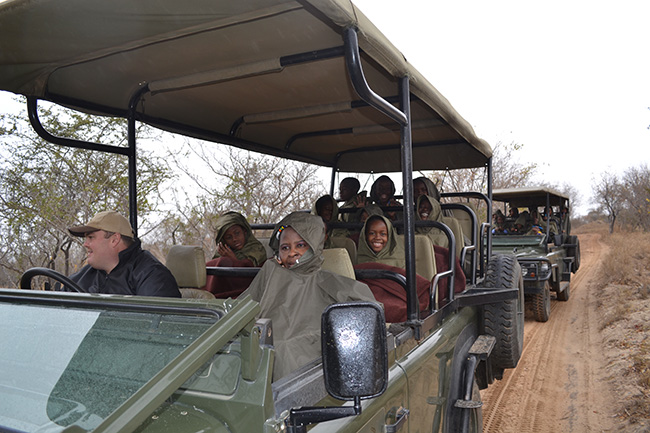 Watching the elephants at the waterhole and introducing Jabulani to the children was a lot of fun, and we are sure that this day will remain in the children’s minds forever… perhaps sharing the idiom – having memory like an elephant! 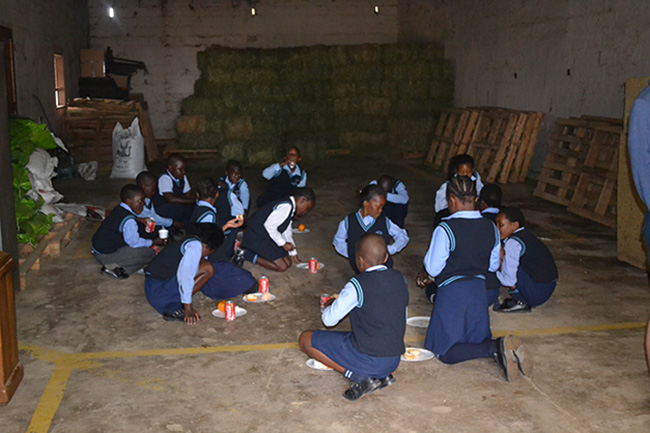