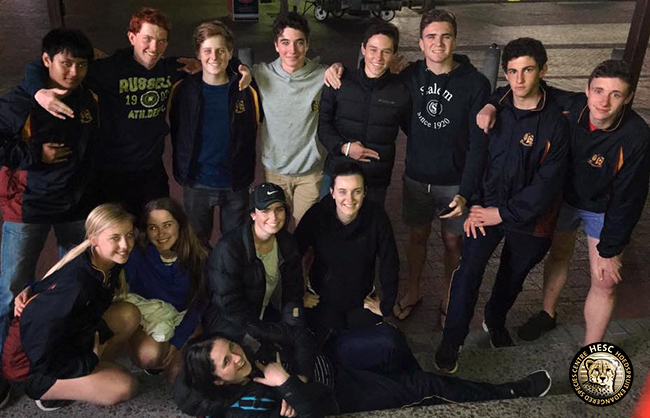 Earlier this month we hosted a group of 10 students from Scotch Oakburn College, Australia. Accompanied by the deputy head of the middle school, Stuart Walls, the group stayed at HESC from the 2nd – 6th of October 2016.

Among the group was Lachie Warren, a young learner who’s no stranger to HESC. This determined student was awarded the Young Endeavour Award in 2014 as a part of the City of Launceston Children’s Week Awards. Lachie was acknowledged for being a fantastic role model for young people, and showing commitment and passion for the endangered cheetah in Africa.  He managed to raise R15 000, which he donated in person during his 2014 visit as a member of the International Young Round Square College delegation. 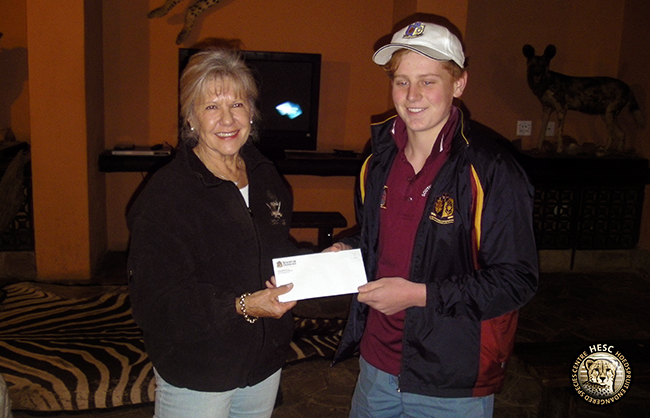 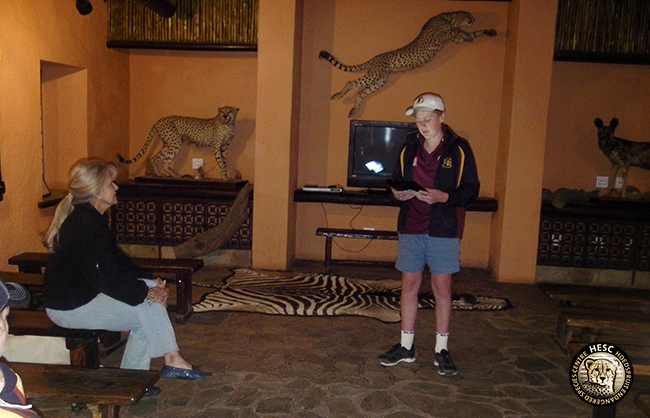 The Scotch Oakburn College students worked hard this year to raise money for HESC. As proof of their commitment, they visited the centre to meet Mrs Lente Roode and personally handed over R20 000.

Lachie gave a speech about his journey with HESC – which first started when he visited South Africa with his family. This was also the visit that ignited his passion for cheetahs and HESC. 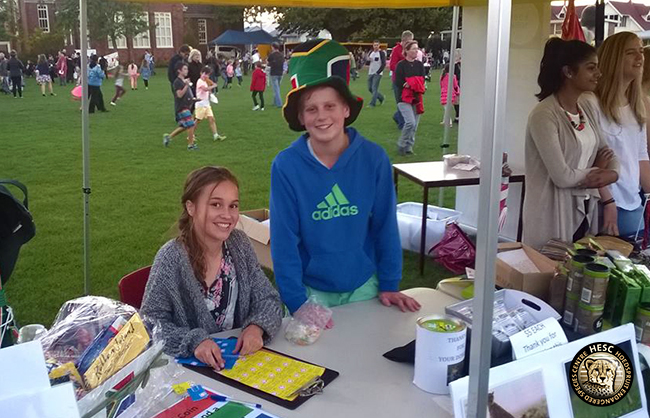 Mrs Roode expressed her admiration for young individuals such as Lachie and his fellow students, who with their passion for conservation make an enormous difference. She was also well pleased to see Lachie again, whom she greeted and thanked with a hug, exclaiming how much he’d grown from the young boy she met several years ago.

Scotch Oakburn College is a member of Round Square IDEALS. Round Square schools are founded on a philosophy that embraces six pillars or precepts which are summed up in the word IDEALS – Internationalism, Democracy, Environment, Adventure, Leadership and Service. 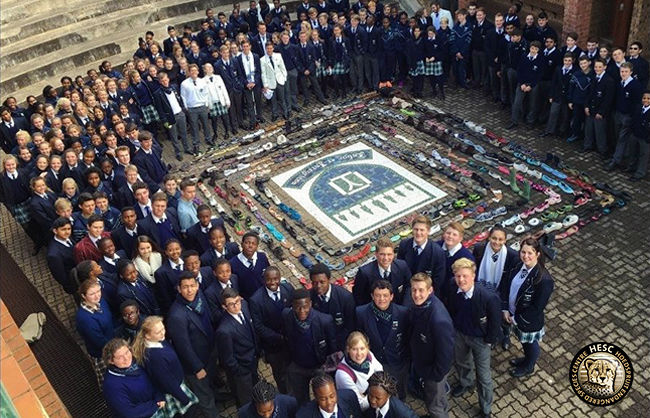 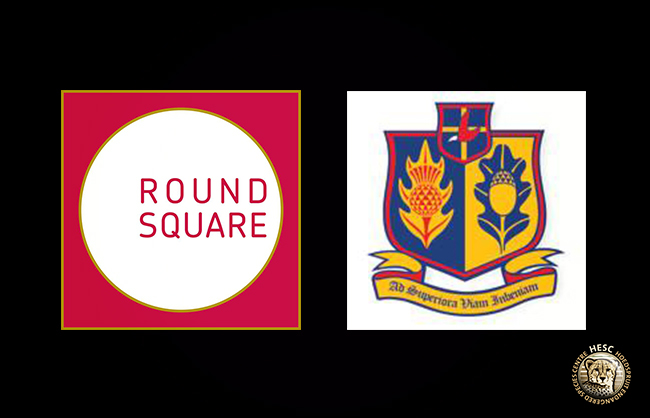 Stuart Walls, deputy head of the middle school at Scotch Oakburn, is originally from South Africa, but married an Australian lady – hence he now resides in Australia. Stuart is also no stranger to HESC and has brought three school groups to the centre since his initial visit when he was 26 years old. Stuart is a proud supporter of HESC and has a big sign of HESC in front of his office back in Australia. Stuart and his students wear their jackets with Scotch Oakburn and Round square symbols with pride – and rightly so!

During their stay, the group also took part in our WCE programme. As part of the programme they assisted the curators with cleaning the small animals’ water dams and enclosures; preparing the cheetahs’ food and feeding them. They also enjoyed off-site visits to Moholoholo and Swadini Reptile Park. Our student coordinator, Charlene Van Der Bergh, said they were a lovely group of students and she admired them. 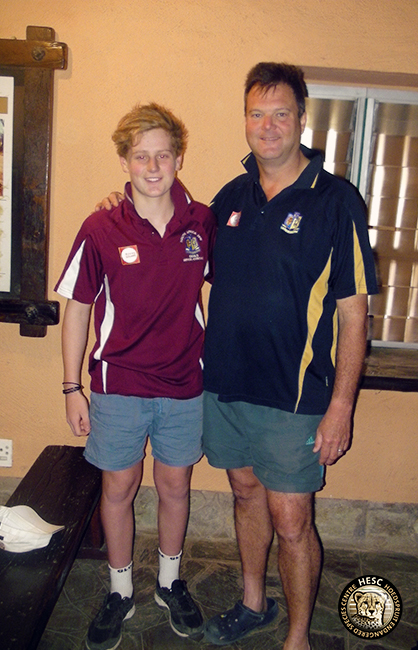 Lachie expressed a desire to come work at HESC once he finishes his schooling. It’s a great honour to have a teacher such as Stuart, who not only supports the cause HESC represents but also encourages his learners to participate. We are grateful for these young minds that are bold enough to take the future into their own hands.