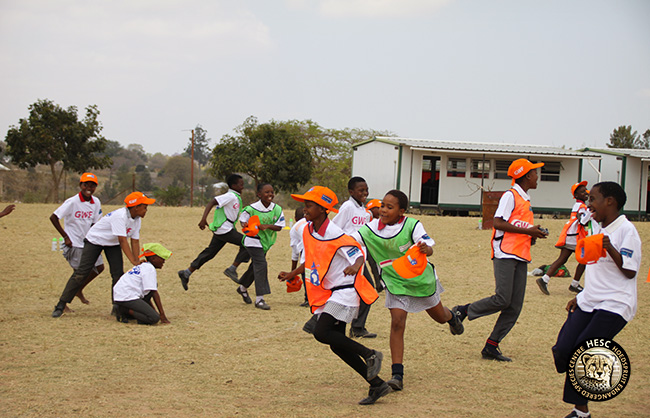 Investec Rhino Lifeline (IRL) and HESC have been in partnership since the beginning of the year and since then IRL has helped to donate towards the Rescued Rhinos @ HESC, which we couldn’t be more grateful for. As 19 September marked World Rhino Day, we thought it befitting to introduce Lumukisa Preparatory School to Investec Rhino Lifeline.

Through our collaboration with IRL, we’ve been introduced to two organisations – Coaching for Conservation and Good Work Foundation. Both these NGOs are involved in educating children in communities bordering the Kruger National Park about conservation and the plight of the rhino. 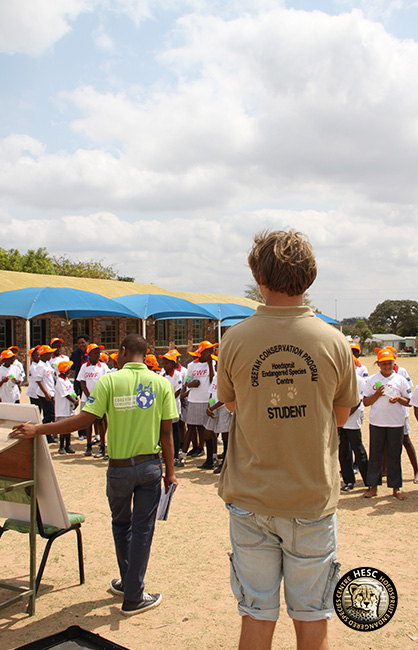 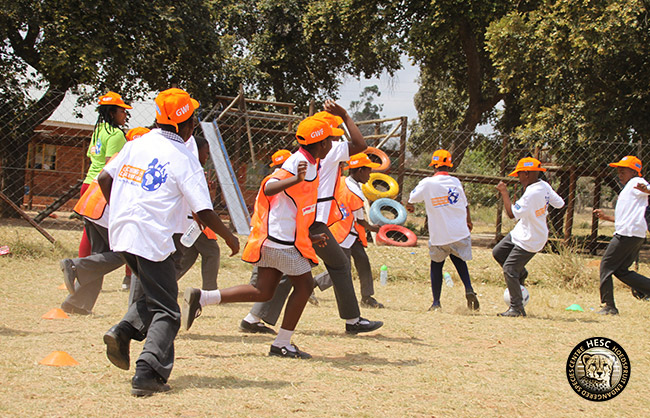 Coaching for Conservation teaches kids through sport, while the Good Work foundation helps to bring world-class education to rural communities by donating tablets with learning apps.

Adine Roode and the HESC team, together with Investec representative, Tanya Dos Santos, visited Lumukisa Preparatory to hand over tablets. Not only that, but they also got the school’s Grade 5 learners to participate in some educational and Coaching for Conservation activities. 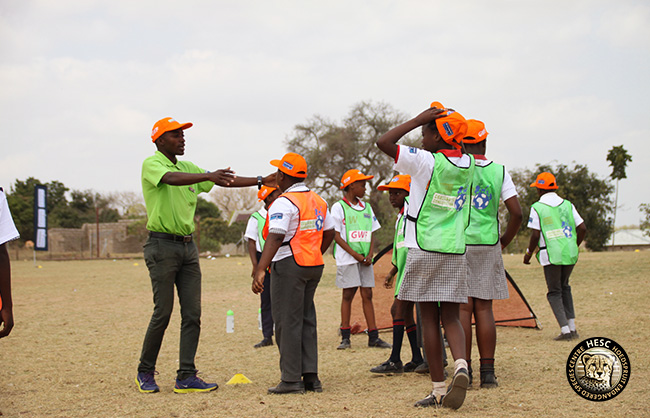 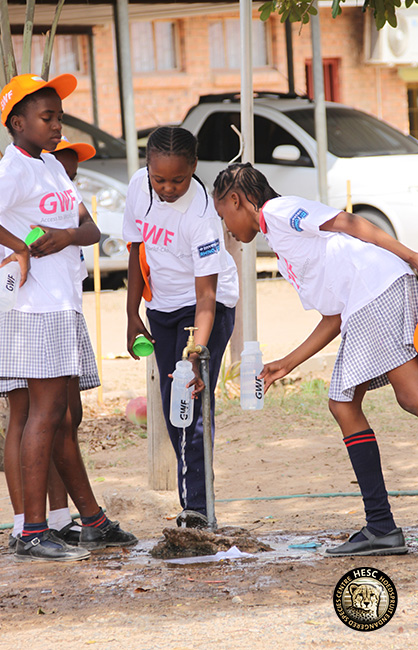 Before the activities began, the learners had a short presentation, which covered the basics about rhinos and poaching. Afterwards, they were then split into two groups and had a warm-up session before beginning with physical activity. At this point the learners’ faces were glowing with excitement in anticipation of the fun they were about to have.

Once ready, they were split into even smaller groups and then headed to different sections of the field where the various activities were set up. The first activity was an educational lesson about how everything in nature is connected, and how the failure of one aspect would impact the rest.

After the lesson, there was a football game with a twist. The learners were split into the ‘poachers’ and ‘anti-poachers’ teams; the ball represented the rhino, and a goal by the ‘poachers’ meant that the rhino had been poached. The anti-poaching had to prevent the poachers from scoring a goal in order to save the rhino. 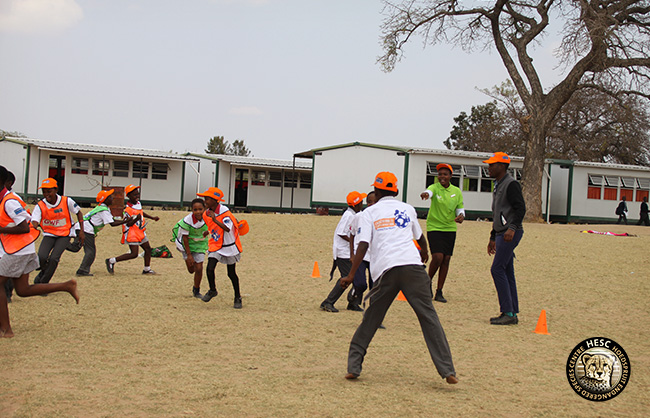 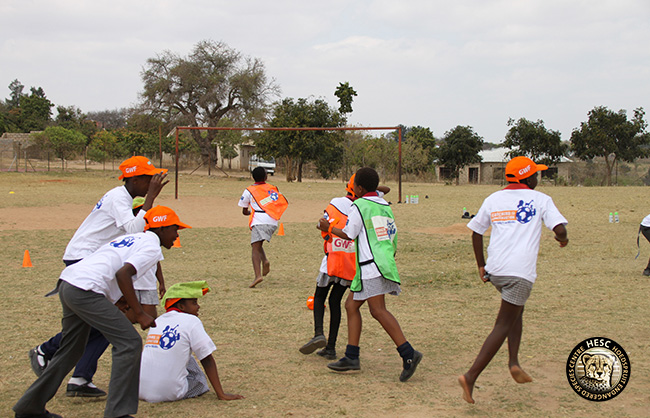 The next activity was similar to the soccer game however orchestrated differently. The children were split into ‘poachers’, ‘anti-poachers’, ‘rhinos’ and ‘trees’. The ‘poachers’ had to tag a ‘rhino’, the ‘anti-poachers’ had to tag a ‘poacher’ and the ‘rhinos’ had to hide behind a ‘tree’ to rest from being poached. Whenever a member tagged someone they would then be eliminated from the game.

The last game was an exercise on shuffling a ball as the learners moved around cones; this was to mimic a rhino trying to protect itself by changing direction quickly. The ball was the horn and being able to keep it going correctly meant that it was protected.

This was a day well-spent and together with our partners are proud to be able to play a role in the education of our future generation, as we strive to ensure the conservation of the rhino species.