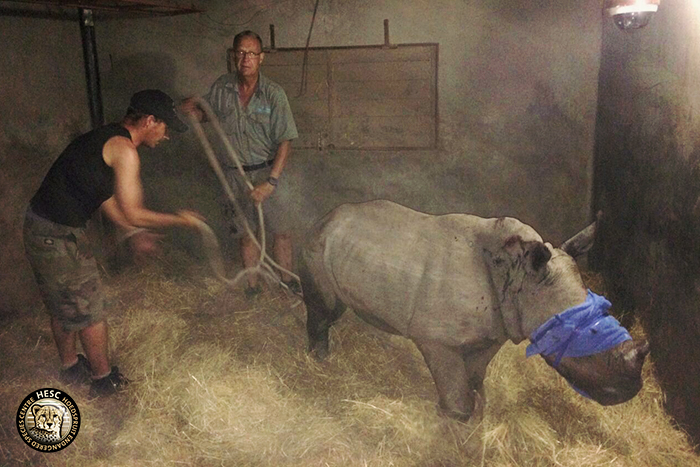 On the evening of the 12th February 2017 we took custody of a new rhino calf. She had been found next to her dead mother’s carcass, who was suspected to have been shot dead three days prior at a neighbouring property. Two gunshots were heard on Thursday evening at around 19:20 and rangers set out to investigate, but couldn’t find anything. After about two to three days, rhino calf tracks were discovered on the road, with no mother’s tracks close by. Rangers followed the tracks which led them to the mother’s carcass; where the calf was found vulnerable, stressed and dehydrated. 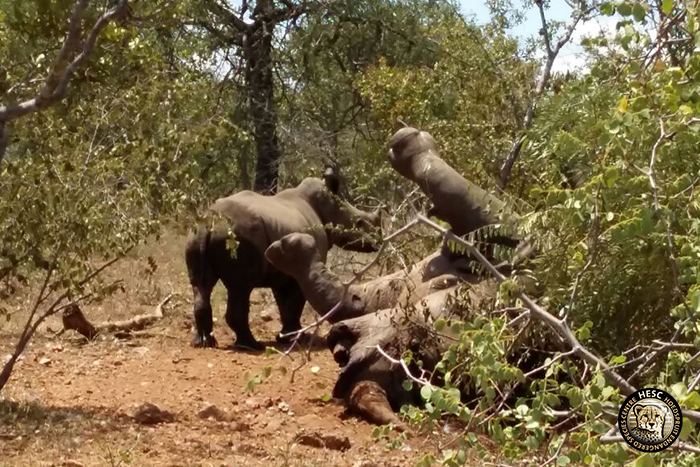 On Sunday, 12 February 2017, Dr Peter Rogers from Provet was called in to dart the calf, but the calf ran away before she could be darted and they battled to find her again. It was then decided to call in a helicopter and the calf was darted at about 17:45. The female calf was given seven litres of fluid containing antibiotics, vitamins, cortisone and a long-lasting tranquilizer in a drip; and transported to Hoedspruit Endangered Species Centre (HESC) where she is kept in quarantine. Dr Rogers reckons the calf is between 5 – 6 months of age, and weighs about 250kg. 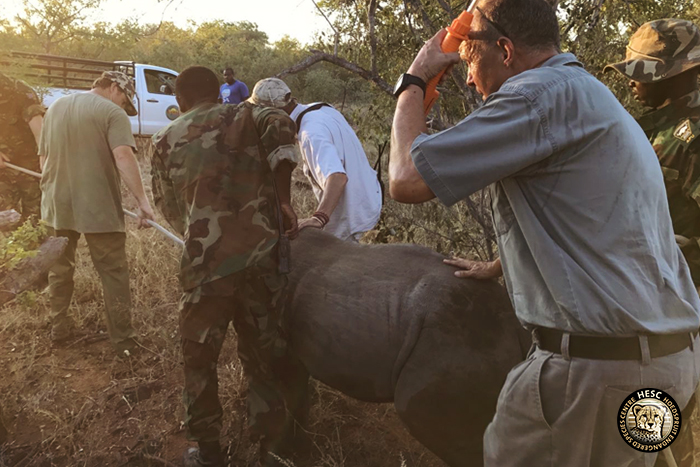 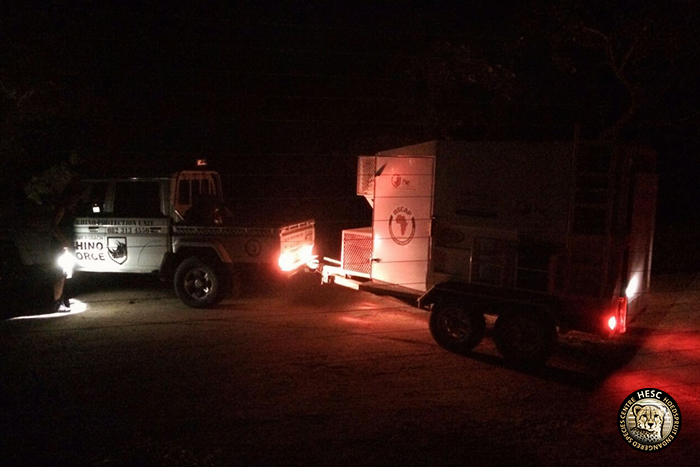 We had been trying since her arrival to give her some milk, but she wouldn’t drink. However, she started drinking this morning at 3am, and had another bottle at 6am, then again around 10am. This is a good sign that she is getting settled and our curators are doing all they can, and working around the clock to keep this little one safe and stress-free. 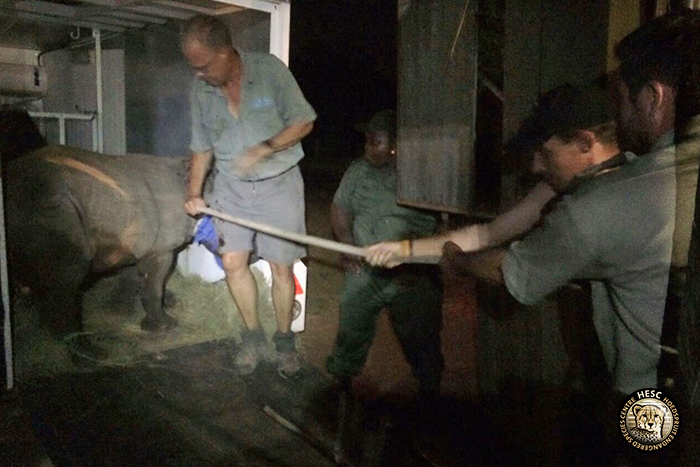 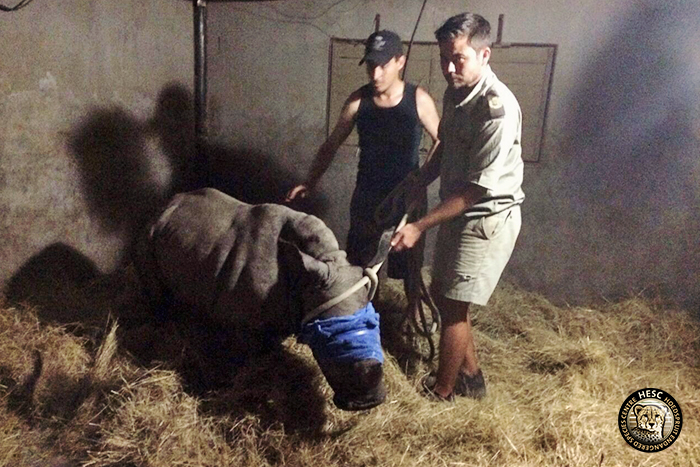 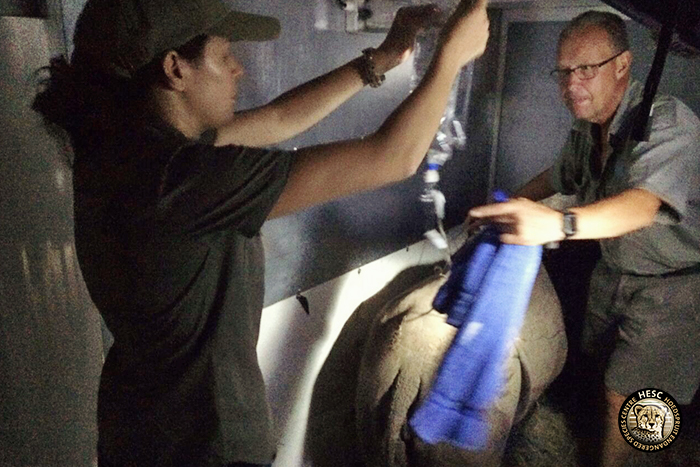 Our Rescued Rhinos @ HESC project aims to assist in the rehabilitation and reintroduction of orphaned and injured rhinos, affected directly by poaching, to the wild. The project also aims to raise awareness for the plight of the species among surrounding communities, the youth and the general public. If you can and would like to make a donation towards the Rescued Rhinos @ HESC project, visit our online portal. Alternatively go to PayPal, click on ‘send’, add the Wildlife Conservation Trust’s email address (accounts@wildlifeconservationtrust.co.za), choose the amount you’d like to contribute and click ‘continue’. 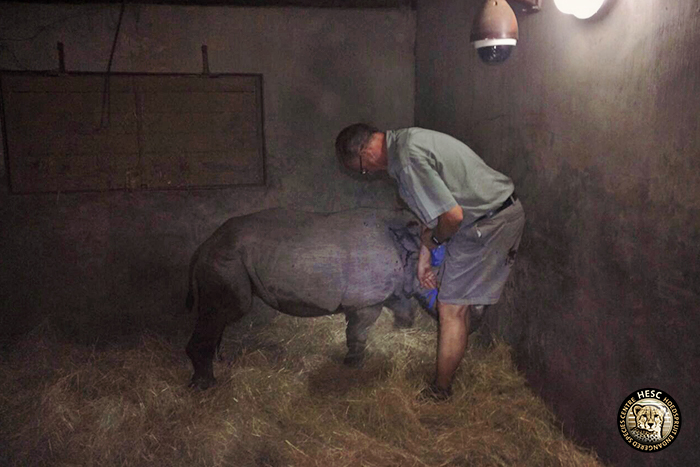 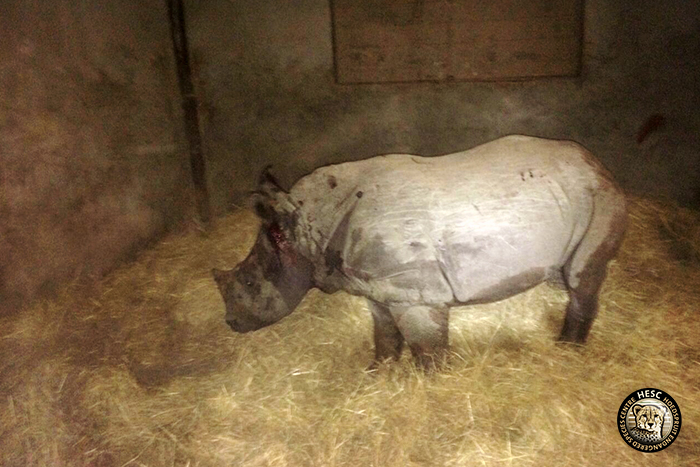