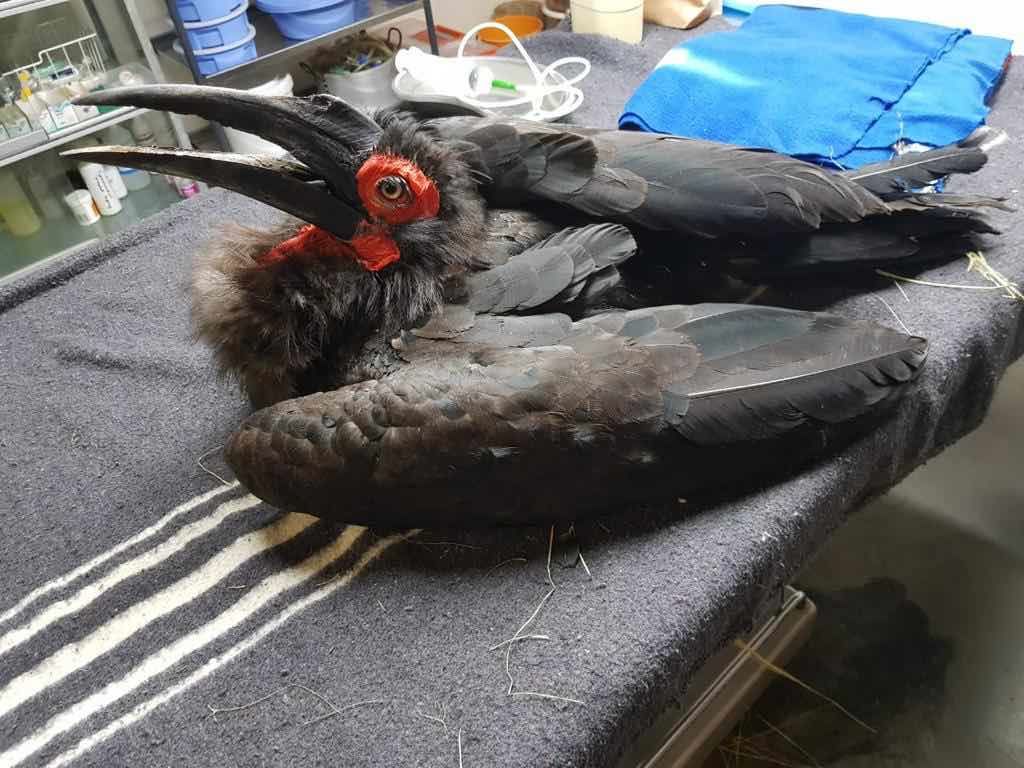 The team at HESC are delighted to announce a brief and successful rehabilitation and release of a Southern Ground Hornbill back into the wild.

Emaciated and very weak when he came to us last month after being found on a wildlife reserve not far from Jabulani, it took barely two and a half weeks to restore his health.

With its large form, huge black beak and striking colour on the throat and face, one doesn’t easily miss a ground hornbill in the wild. Our friend was first spotted with two others. Although visibly weaker than his mates at first sighting, it was only when he was found lying alone after his friends had deserted him that the Jabulani ranger realised death was imminent, embarked on a rescue mission and brought him to HESC. Being an endangered species, he had good reason to take this decision.

When an injured animal is brought to HESC, our animal hospital operates very much like an emergency clinic. Medical expertise is summoned and our wildlife veterinarian Dr Peter Rogers is called, HESC staff hasten there to assist, the patient is examined and the necessary tests are performed to determine the appropriate treatment.

Before long we were making arrangements to release him back into the reserve and when the day arrived we were overjoyed when our hornbill flew out of the crate in which we had transported him and was almost immediately joined by his two friends.

When the three were spotted together the next day, we knew that through our efforts, that another endangered creature had been saved.

Thank you to Dr. Peter Rogers, and our passionate team at HESC for ensuring the bird’s successful recovery.

Read more about these fascinating birds in some of our previous blog posts featuring our two resident mating Southern ground Hornbills, Skewy and Gumpie: