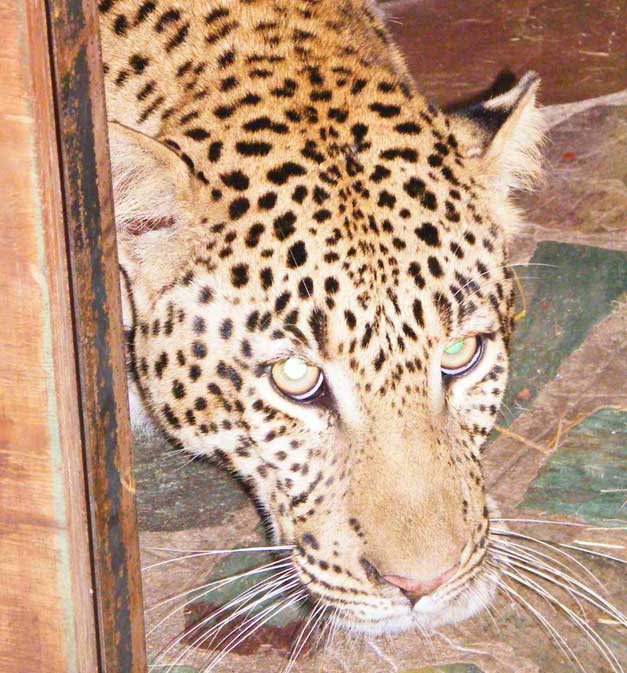 Last Tuesday (21st) HESC received an injured leopard from the Leopard Conservation Project, after it had been caught in a snare in the Vaalwater District. Founder Fred Berrang told us that another leopard had also been caught with a snare around its waist. Unfortunately the animal in question was released shortly after being found, and later died after its stomach burst. Not wanting to risk the same thing happening again, Fred decided that it would be in the leopard’s best interests to keep it in quarantine for a few weeks, as internal injuries are notoriously difficult to ascertain.

This big male weighed in at an impressive 65kg, and needed four grown men to carry him inside! We’re optimistic that he will settle into his new surroundings and make a speedy recovery, so that we can release him back into his natural environment before too long.

Fred established the Leopard Conservation Project in 2000, and together with other concerned citizens has since had the privilege of helping numerous leopards throughout Southern Africa.Â The focus of the project has primarily been to protect the leopard from poaching, poisoning, trapping, and over-hunting. However in recent years focus has shifted to include the collection of data on population and territory size, as well as the genetic relatedness and diversity of leopards within different regions.