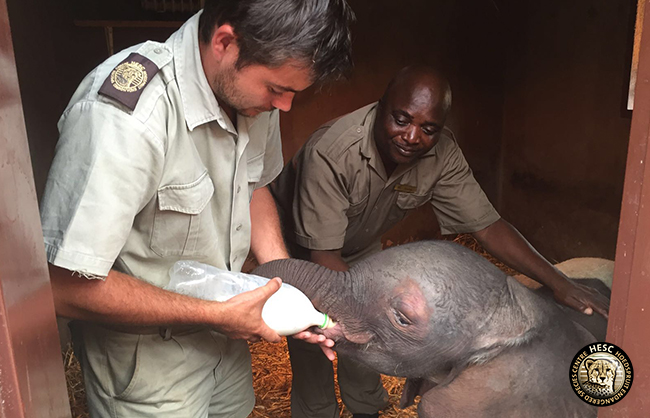 On Tuesday 16 February, we took custody of a young baby elephant bull. He had been found after falling into a Holding Dam at the Phalaborwa Mining Company. After freeing him, the Reserve Manager, Johann McDonald, tried to reintroduce him to two different elephant herds in the vicinity. Sadly his attempts were unsuccessful. 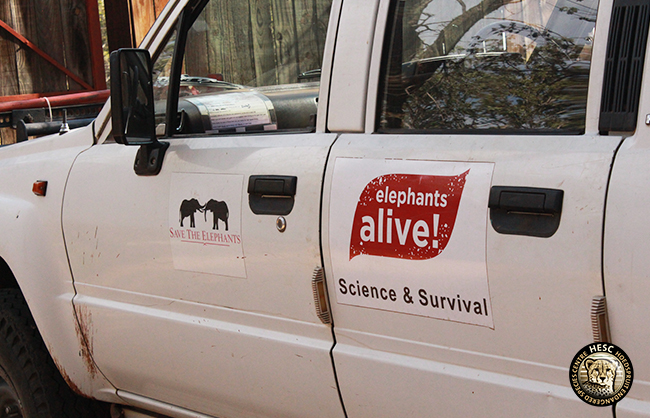 Dr. Michelle Henley and the team from Elephants Alive were called in to help. The orphan was rushed to the safety of The Hoedspruit Endangered Species Centre (HESC), where Dr. Rogers’ team was on site to rehydrate him, and oversee his recovery from the trauma and severe heat that he was exposed to over the course of the day. The tiny animal’s name is Bela. 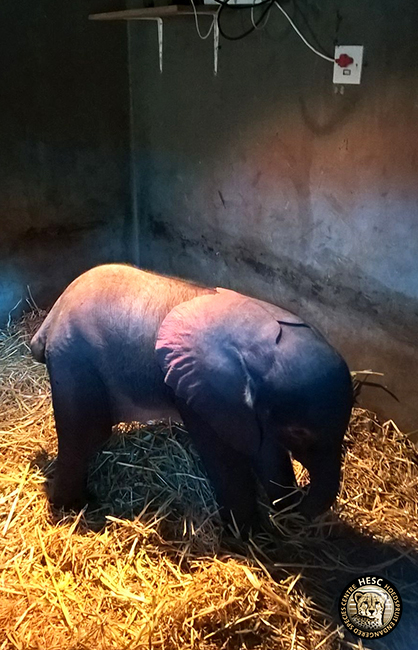 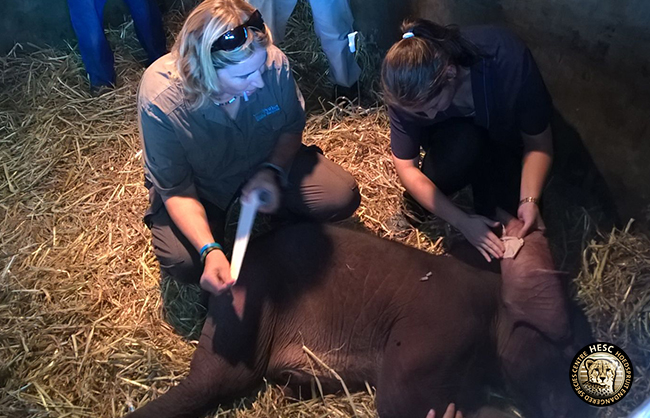 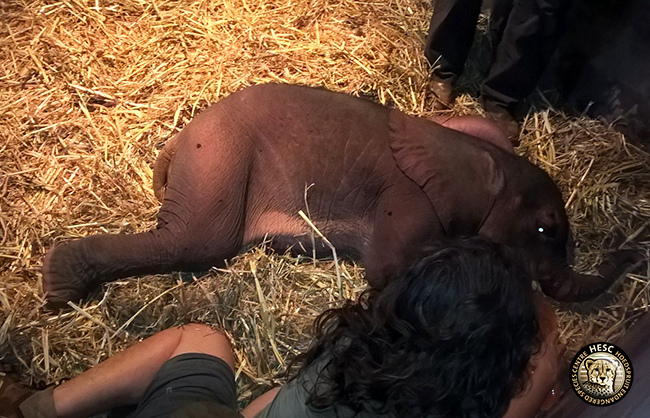 Bela took his first 750ml bottle of milk formula at 5am this morning, and has since taken a full bottle of 900ml at 2 hour intervals. While this is good news, it is also a critical time as it is important to get the balance in the formula right. The only formula available in the Hoedspruit and Phalaborwa areas was NAN Lactose Free milk (of which we duly bought every available tin!). Although there are alternative recommended formulas, specifically a specially produced formula for African elephants made in the USA, time is not on our hands right now and we need to work with what we have at our disposal. The most immediate threat to the baby is diarrhoea, so we are all praying furiously that the formula is compatible with his very young system. 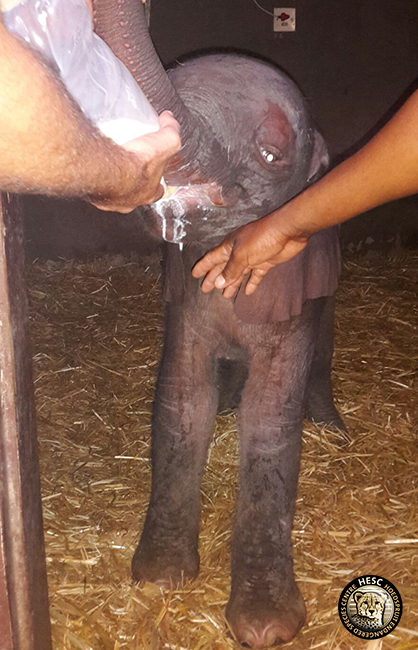 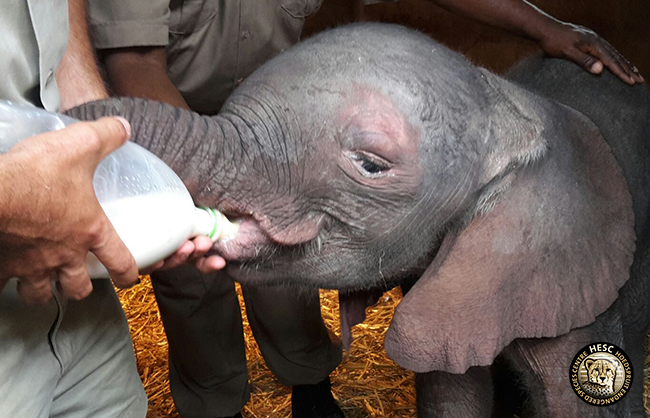 Stavros and Liverson, two senior elephant grooms from sister our reserve Camp Jabulani, are taking shifts with Bela while HESC’s curators see to his frequent milk feeds. Stavros stayed with him over the course of the night last night, which included making his thumb available for the unsettled youngster to suck! This seemed to settle him somewhat, and also got him used to the taste of the formula (which Stavros cleverly dipped his finger into before soothing the elephant). Liverson is currently with the baby during daylight hours. 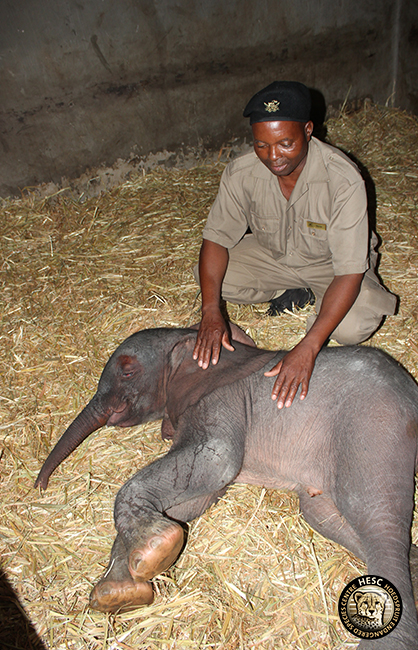 At this point it is impossible to predict an outcome. The stress and trauma that the baby has suffered are immense, and every minute counts. We need to keep him calm, and to ensure that as few people come into contact with him as possible. Dr Rogers’ team is monitoring his condition continuously. 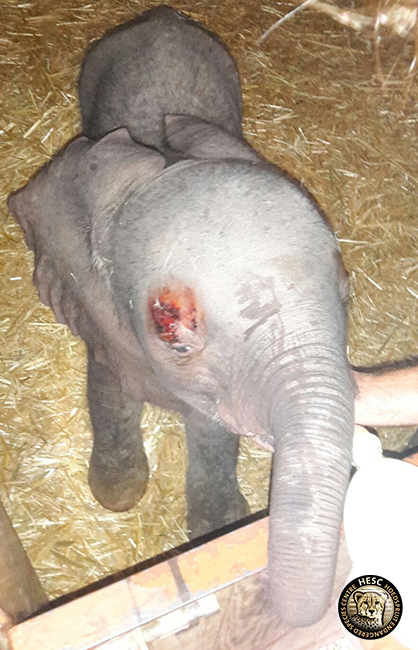 This is a bittersweet time for us at HESC, as we remember only too well when another tiny baby elephant arrived at the centre over 10 years ago. His story was almost identical to this one. He thankfully pulled through to become a magnificent and healthy animal, and is the namesake of the Camp Jabulani elephant herd. His name is Jabulani. Click here to read his story.

We will keep you regularly posted as to Bela’s progress. Please send your thoughts and prayers his way. 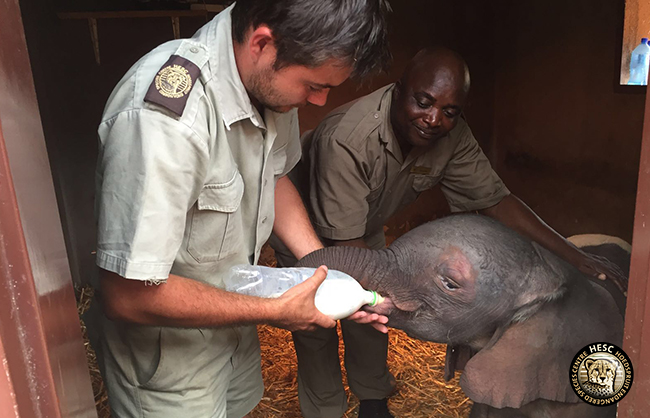