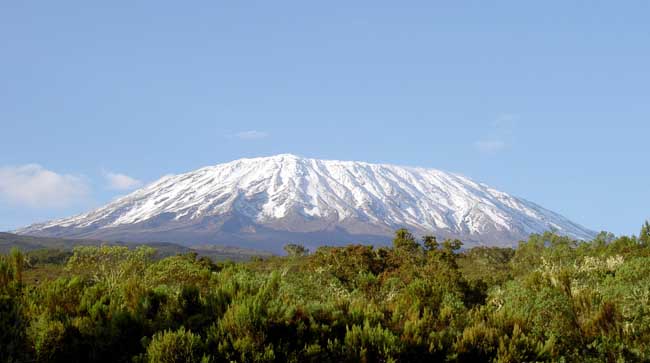 In an effort to raise funds towards the Hoedspruit Endangered Species Centre, HESC’s Marketing Manager, Adine Roode, and a team of ardent supporters of HESC, will be climbing Mount Kilimanjaro.

The hikers supporting this cause are:

The group will be departing from Johannesburg on 20 February 2013, to Nairobi, Kenya, after which they will fly to Kilimanjaro Airport.

Guided by Lance de Willers* of Tribe Safari Adventure Travel, the hikers will undertake the trek to the summit via the Umbwe route. Click here to read about the route: Umbwe Route Overview 7 days

After the hike, Adine Roode will be visiting Daphne Sheldrick’s Elephant orphanage in Nairobi, and will return to Johannesburg on 1 March 2013.

Please support this worthy cause. All donations will benefit the animals at HESC. Click here to make a donation.

After starting the business in 1994, Lance has managed to carve out a niche for himself as being probably the most knowledgeable Kilimanjaro tour operator anywhere. Having stood at the summit 27 times so far, and with several more climbs planned for the years to come, Lance’s Kilimanjaro expertise cannot be doubted nor perhaps even matched. Among his achievements, Lance also guides groups of blind climbers each year to Kilimanjaro and other destinations. In August 2004, he set a speed record for a return-ascent climb on Kilimanjaro, racing to the summit and down again from the park gate in 12 hours and 26 minutes. Lance regularly guides climbs to high mountains, including Mt. Aconcagua in the Andes. Apart from climbing, he also runs the occasional extreme marathon, is a master scuba diver, adventure racer and qualified pilot.