On Friday 12 May, we welcomed 10 very excited HESCies from Lumukisa Preparatory School to the centre. From the moment they arrived, we could see the eagerness and curiosity written all over their faces. These young boys and girls were ready to learn all about environmental and wildlife conservation. 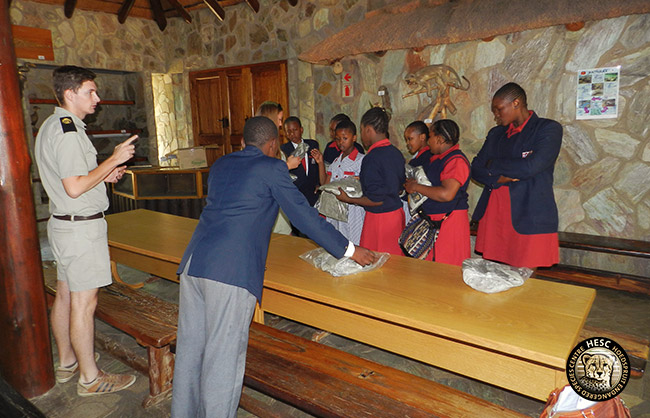 Shortly after arrival the learners were directed to the Lente Roode Education Centre, where they were each handed their very own HESCies uniform and information pack. After changing into their new uniforms, they were introduced to the Den Leaders for the day – Natasha and Bradley. 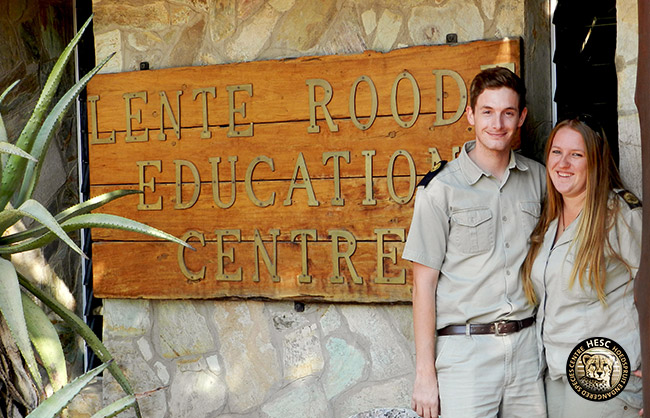 Next on the list was a lesson on the founders of HESC (Mrs Lente Roode and Adine Roode) and the history of the centre – when and how everything began, and the centre’s vital role in conservation – which they found extremely intriguing. After a brief talk on what the HESCies programme entails and what they can expect in the next couple of visits, they were raring to go! 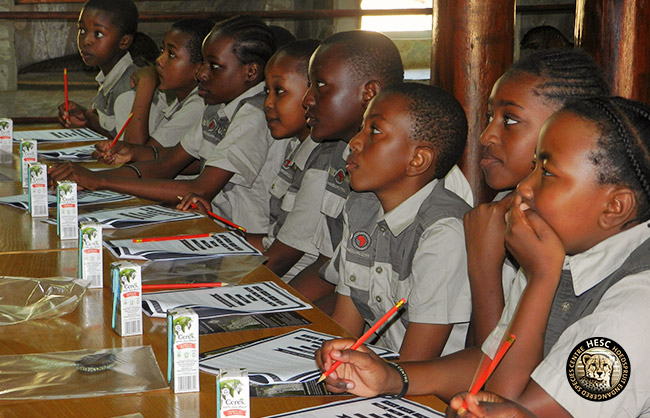 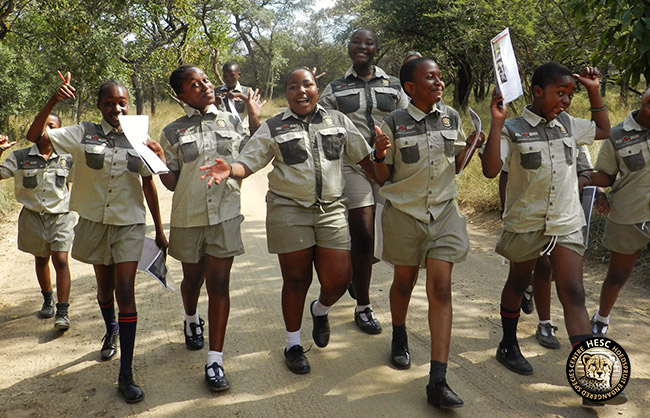 The day started off with a walking tour to introduce them to all the species at the centre. They got to learn about the dangers and threats facing each of the species, and how we can conserve them. The Den Leaders also discovered that we had future veterinarians, game rangers and conservationists in the making within this group!

As the group continued learning more about the animals at the centre – among them cheetah, caracals, servals, rhino, leopard and vultures – one couldn’t help but notice the HESCies’ passion being ignited.
The educational tour also incorporated some fun activities. Upon discovering how high caracals could jump, the HESCies tried to see if they could reach the same height. 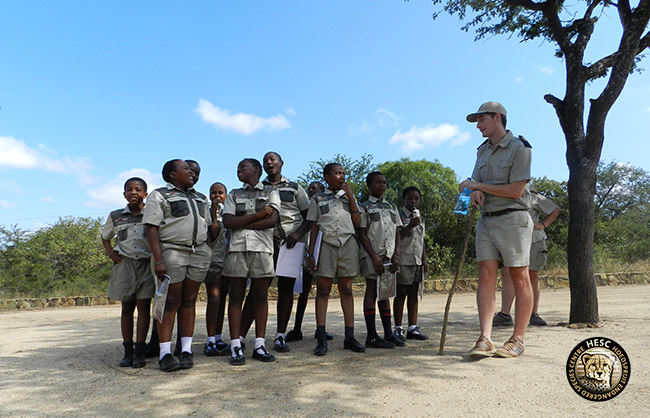 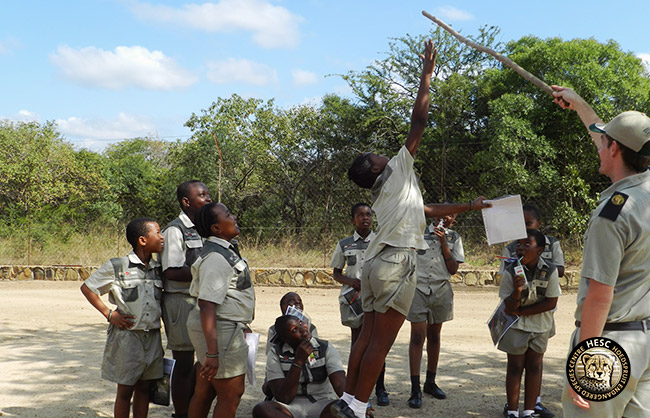 While walking past the cheetah enclosures, one of the cheetahs (Tim), decided to stalk the learners and caught them by surprise. What followed was a ‘stalking game’ with Bradley to see who could get closest to him without him noticing. 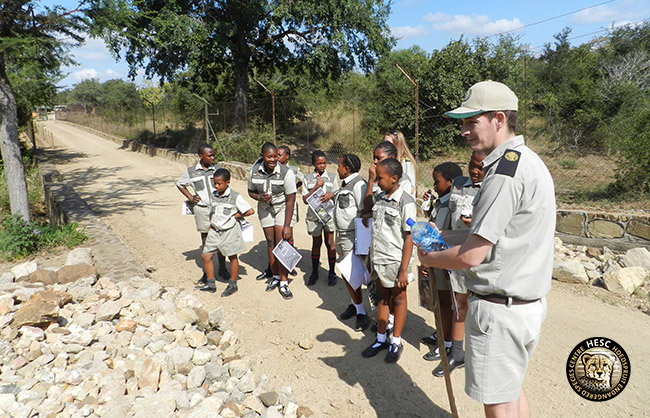 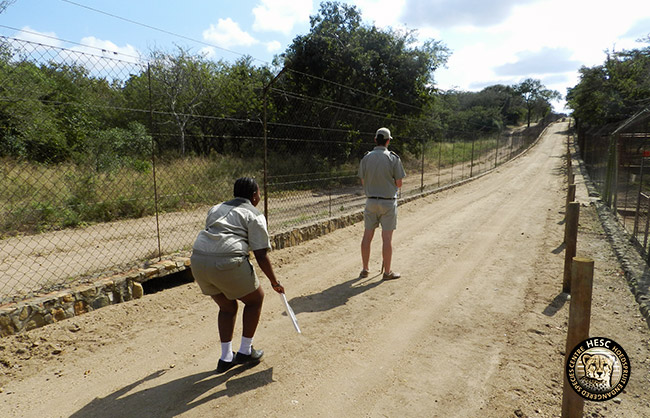 The next stop was the Vulture Restaurant, which the HESCies enjoyed very much. While the vultures circled above our heads, many questions were asked and answered about why this majestic species was in danger.  After this, it was time to wrap things up. 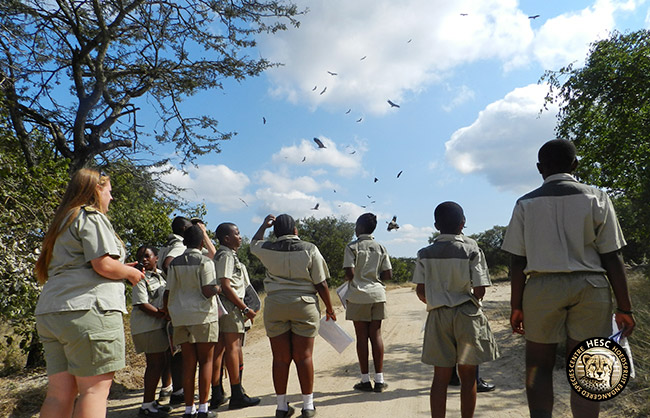 What an amazing day it was. It always brings us such joy and a sense of fulfilment to know that we could provide young inquisitive minds with information that could help us preserve the future of our environment and animals.

Thank you to Wildlife Conservation Trust for giving these 10 students the opportunity of participating in the HESCies programme, through their funding and donations. 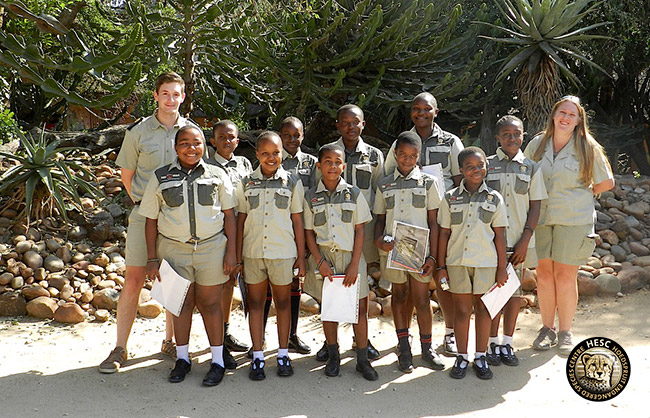