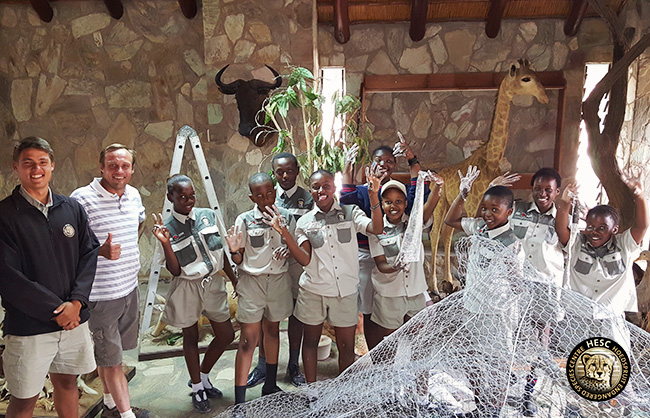 We had the pleasure of welcoming back the HESCies once again. This time the lesson was on the importance of termites to the eco-system.  To explain this in full we had a guest tutor – Dr Cornel du Toit – who holds a PhD in Entomology (which is the scientific study of insects). 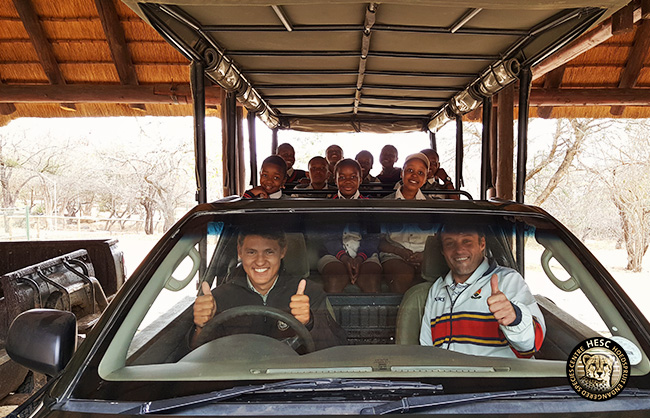 Shortly following their arrival, the HESCies made their way to the safari vehicle with Den Leader, Karel and Dr Cornel, to visit an enclosure and have a look at termite mounds. 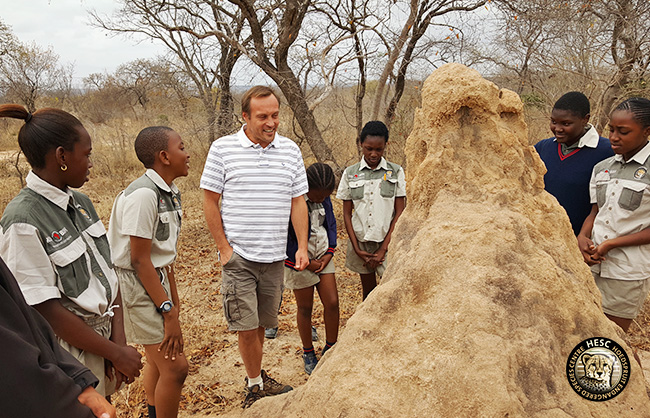 They first stopped at an active mound and then an inactive one, so that Karel and Dr Cornel could teach them about the difference between the two. Karel and Dr Cornel kept the group engaged by ensuring they actively participated in the lesson, even getting them to climb on the inactive mound.
One of the things the learners found interesting was that when the termites’ saliva mixes with sand it becomes rock hard and hard to break. They also learned how termites play an important role, both in vegetation as well as with animals; and how, the eco-system would be affected should these insects become extinct. 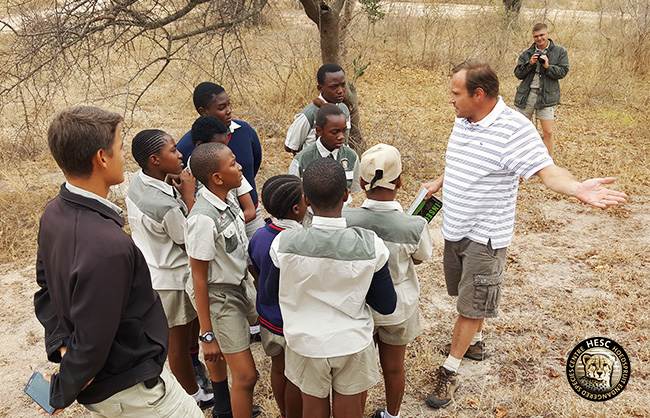 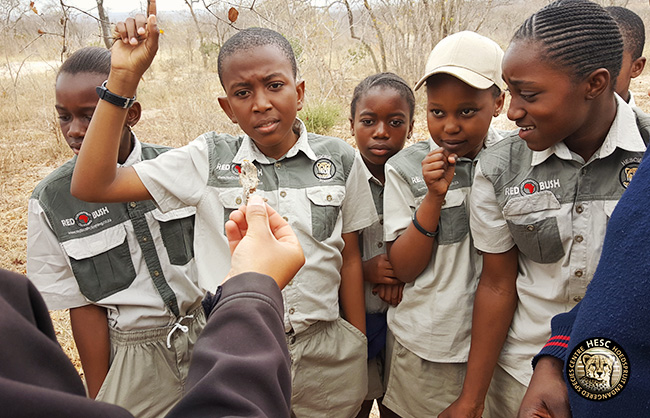 Dr Cornel explained the different roles that termites are given at birth to ensure the colony survives and works well together. One of the most fascinating information he shared was how a queen termite is chosen and raised, and that it actually has to do with the food she is fed as a larva.
After the educational session in the bush, it was time to return to the centre and act as termites themselves. We had arranged a big frame to be built to resemble a termite mound, and they had to paper mâché it to look like a real mound. They pretended the paper strips were the sand, and the flour/water mix was their ‘termite saliva’ and by mixing the two they could create a sturdy and strong mound just like the termites. 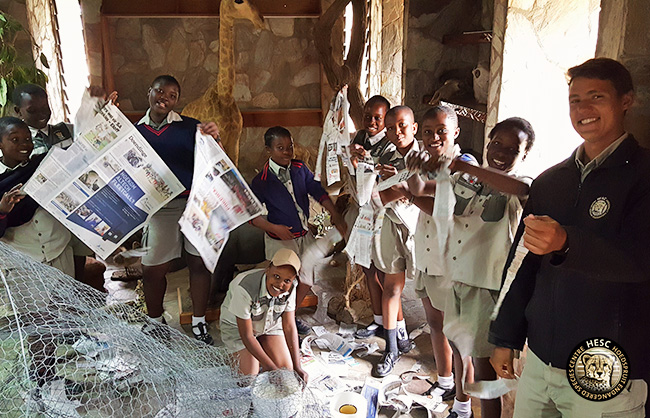 It was a messy affair but you could see they were enjoying it. With hands full of the mixture and smiles on their faces it was more fun than they had imagined. After the mixture was done it was time to get cleaned up; and then have a snack break before heading back to school.