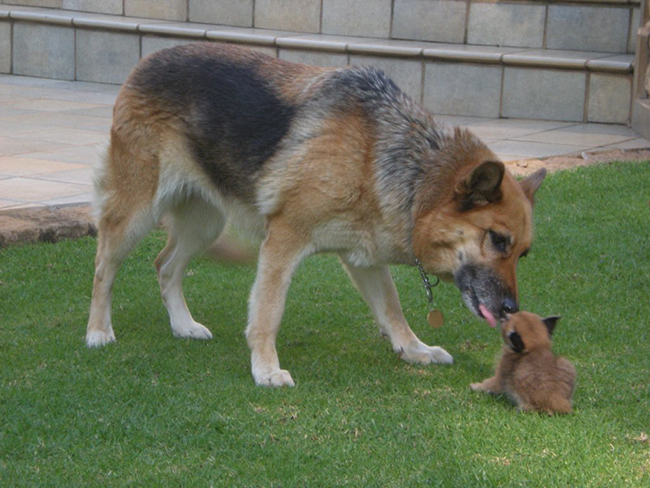 A surrogate mother is an animal which takes on all or part of the role of a mother to another animal of a different kind. At Hoedspruit Endangered Species Centre (HESC) we rely a lot on surrogate mothers. When Jabulani, from our sister property Camp Jabulani, was young he had a sheep as a surrogate mother. Elephants have strong family bonds, and Jabulani thrived on the motherly care he got from ‘Skaap’ (the Afrikaans word for ‘sheep’). We’ve since had other animals take on the surrogate mother role. 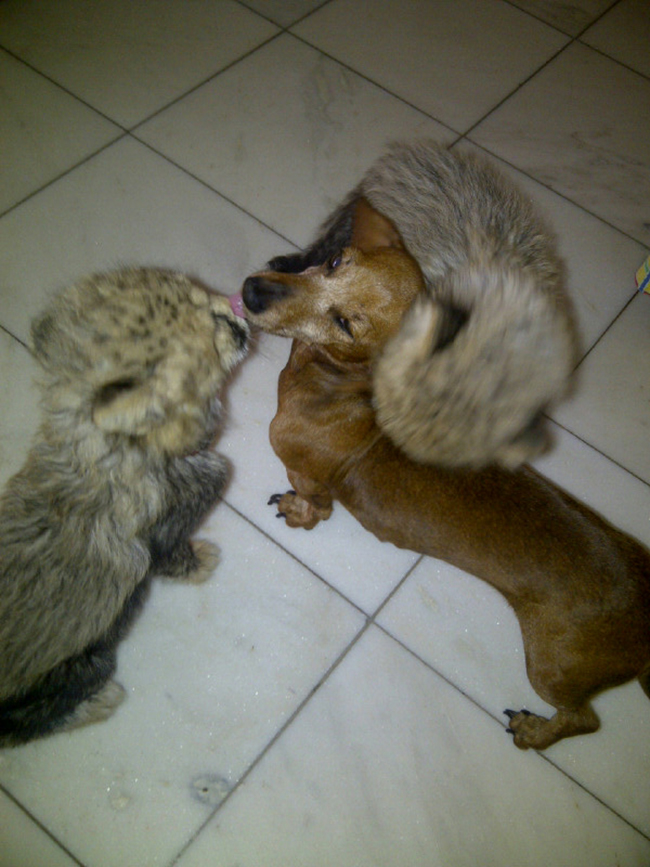 We have Alsatian and Dachshund dogs that have taken over the role of mothering cheetah cubs. The cubs enjoy licking, playing and just crawling all over them. As they grow up, they will run with them and learn from them where to go and where not to. This makes them feel safe and cared for. 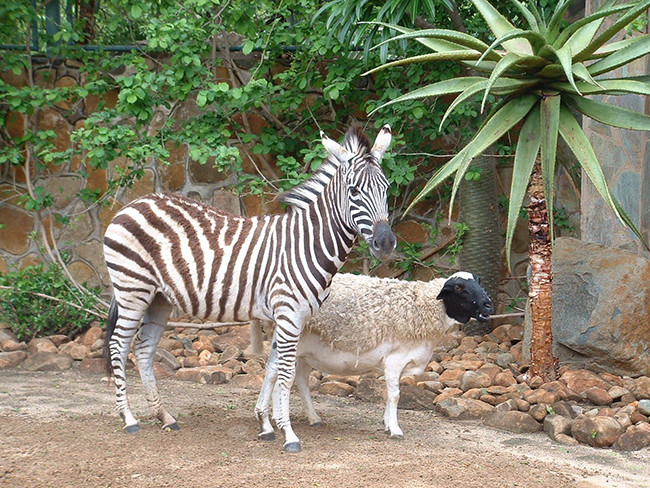 It takes a special character and personality to be a surrogate mother. These animals have a lot of patience and are natural nurturers, and they make our work at HESC so much easier.