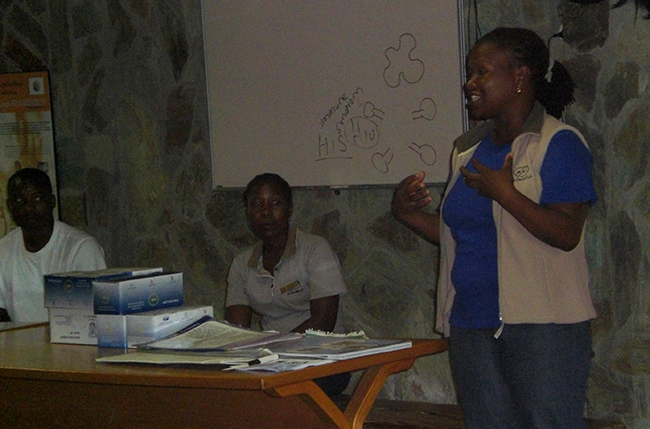 The Hlokomela HIV Prevention and Care Project, founded in 2005 by the International Organization for Migration (IOM) and the Partnership on HIV and Mobility in Southern Africa (PHAMSA), visited the Hoedspruit Endangered Species Centre (HESC) for the first time in May last year. Their aim is to increase HIV awareness, providing knowledge and support, facilitating access to HIV and AIDS prevention, care and understanding of HIV amongst permanent and seasonal farm workers in the Hoedspruit area of Limpopo province.

The Hlokomela Project (meaning â€œcareâ€) considers HIV both a health issue as well as a developmental challenge. The project touches on topics such as sexual and gender based violence, respect between partners, positive living and basic hygiene. They provide the workers with necessary information i.e. pamphlets, contraceptives and condoms during education sessions. 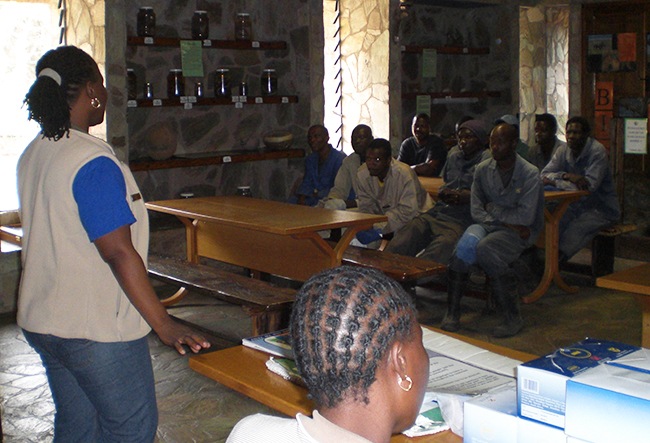 The Hlokomela Project sends a mobile clinic to HESC each month, during which all the workers are given equal opportunity to attend. Councelling and testing are not done on these days, however books are made available for workers who seek more in-depth information and knowledge regarding TB, HIV, AIDS and Antiretroviral Treatment.

Hlokomela also encourages farm workers in Hoedspruit to participate in sports. The activities offered include netball, soccer and indigenous games such as Moruba and Diketo as well as traditional songs and dances such as Munchogolo and Mmino wa Setso. Research conducted by the IOM found that farm workers turn to substance abuse through boredom and lack of social activities. Every three months tournaments are held for each of the activities, and farm workers contribute money for the best team and farm.

Hlokomela wishes to establish a Hospice/step down facility offering a programme of specialised home-based palliative care to terminally ill patients and support to their families. The program currently operates three Wellness clinics in the community which provide accessible health care and referral services to farm workers, migrants and their families. Hlokomela has started a weekly outreach program for its member farms, where HIV Counselling and Testing (HCT)Â  is offered. The clinics provide HIV and AIDS related medical treatment (ART), as well as counselling and support services to over 1 000 clients. HESC is proud to be part of this initiative.