Visiting the Hoedspruit Endangered Species Centre (HESC) will leave you silent and in awe of the amazing animals of this country. From a dashing cheetah, glaring with intent, to a rhino silently resting under a tree, have all found a home at HESC. Even Gumpie, the resident Ground Hornbill, is at home here.
Gumpie and his mate, named Skewie – named after her skew beak – were given to HESC as a ‘breeding loan’ in an effort to increase the species’ population. Southern Ground Hornbills are listed as “vulnerable” globally and have been updated in 2014 to the “endangered” list in South Africa.
Getting these two to fall, head over claw, in love however, is proving more difficult than initially anticipated. Although very fond of one another, Gumpie is a mischievous individual – all to the dismay of poor Skewie as he tends to want to impress human females instead. Gumpie does this by picking up anything he can find and approaching the ladies, gift in beak.  Skewie is not impressed with this at all and usually walks away in disgust, as most females would! 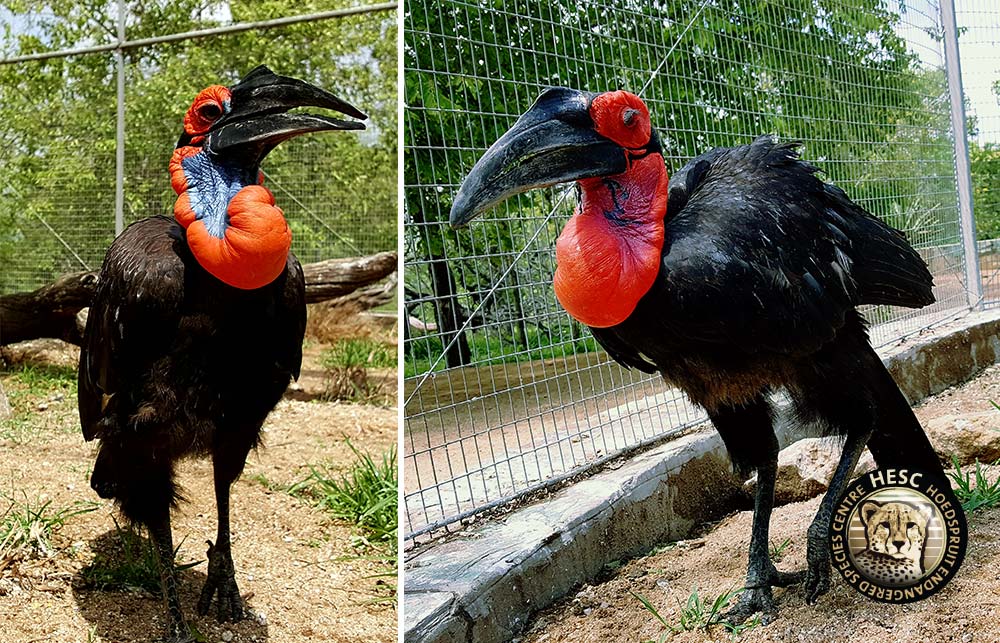 There are times she comes to her senses and attempts to take the gift Gumpie has on offer, but then the rascal will not let go without making a fuss.
These two hornbills have managed, in their complicated relationship status, to lay an egg. It wasn’t hatched successfully but HESC is still very optimistic about these two!
What advice can you give Gumpie or Skewie for Valentines day?
#HornbillLove

HESCies learn about the importance of termites to the eco-system

Patiently waiting for Skewy to lay another egg.