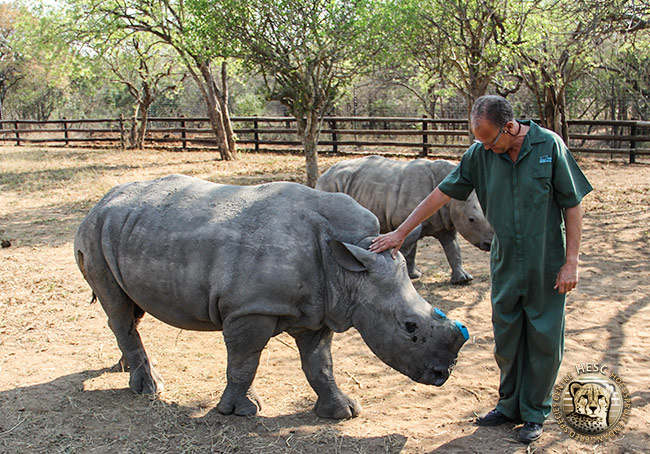 It is no secret how much our young Gertjie has grown since his arrival. This strapping young fellow has reached the 1 ton mark, and it stands to reason that the size of his horn has followed the same growth curve.

For some time, management together with our our anti-poaching unit have been concerned about the safety of the young bull. Would-be poachers are relentless in their pursuit of any rhino horn by any means necessary, and we found ourselves in a position where the risk to both rhino and our team of people on the ground is too high to consider any other option other than dehorning. 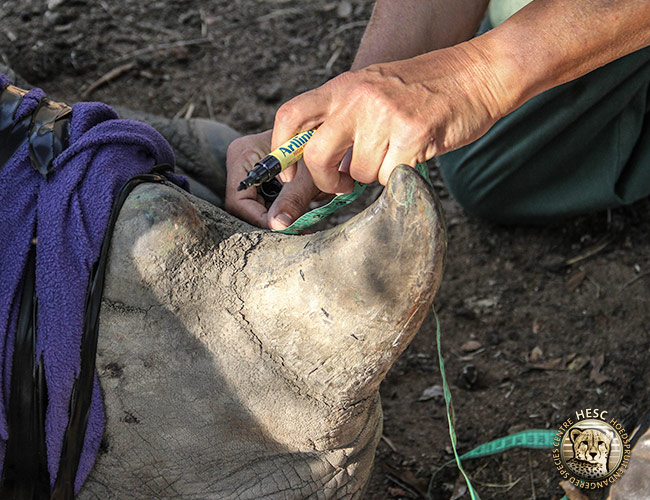 Dr Peter Rogers arrived early this morning (30 September) to perform the procedure. Gertjie and Matimba were separated, and Lammie kept Matimba company while Gertjie was anaesthetised, blindfolded and the cut line marked.  His horn was then removed in a procedure which took just short of 25 minutes. 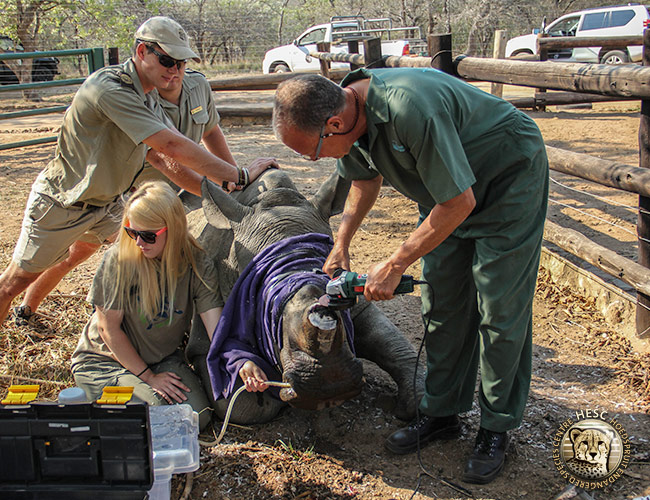 We are happy to report that Gertjie woke up no worse for wear, and both young rhino bulls are happily together again in the boma, with Lammie of course!

Tonight we will sleep a little easier in the knowledge that our treasured Gertjie is out of harm’s way.